Obligatory wrap-up post of those songs I've played most during the month when Jeremy Corbyn lost his second successive election to the Tories. Tony Blair would never.

Other notables: I wish 70th Street Carlos' To The Max had a hook; I wish Boldy James & Alchemist's My First Offense had a hook and another verse (albeit not a verse from Alchemist lolz); I wish BlocBoy JB & Sada Baby's song didn't have any verses from Hoodrich Pablo Juan; I wish J Hus' new song wasn't so heavy on the Auto-Tune; I wish Drake's silly U.K Drill song makes all these U.K Drill rappers realise what a national embarrassment they are.

Email ThisBlogThis!Share to TwitterShare to FacebookShare to Pinterest
Labels: awards, New Labour Who Dis?, No Mowlam Mo' Problems, rap, shout out to Skee-Lo

"I'm just speakin' to the real, because I done been where you been
And there's only two places: it was death or to the penn'"


The unlikely scenario where I prefer Yhung T.O's new single to any of DaBoii's recent singles. You Know is some fuzzy womb music which sounds like the opening slap on a Yhung T.O & DJ Fresh Tonite Show album with beats chosen by executive producer Berner. Say what you want about Berner The Rapper™, but Berner The Executive Producer™ has exquisite taste in beats.
Posted by Kelvin Mack10zie at 13:01 7 comments:


Economic karma: Gucci Mane made it a hot line, Mouse & Level made it a hot song, and Eatem's followed the money trail with Spent It All. Vintage Concentration Camp vibes and modern Baton Rouge Brawl Music™ in the SAME DAMN TRACK. Only criticism here would be that the video's lacking some of the big Treal Lee & Prince Rick energy from the Instagram teaser.


"What's the point of this?" <~~ That's my response whenever I see any kind of Best Rap Songs List which doesn't even hyperlink/embed the songs or contain a link to a playlist/zipfile of them. Invariably the list will be made by some gassed-up rando who has time to post on Twitter daily everyday, but can't take a 30 minute break from havin' earnest opinions about Lil' Tecca and ranking KanYe West's albums for the sixty billionth time to add some hyperlinks to their little vanity-project list.

It's a matter of manners innit. What - we're supposed to be grateful that you've graced us with your Very Special™ selections and you now expect us to go search YouTube for the tracks we're unfamiliar with? Yo money grip, money grip - I hate to break it to ya, but you definitely ain't no Ego Trip. 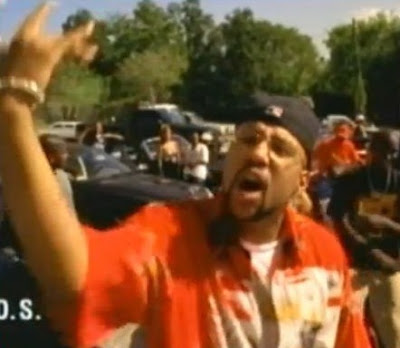 IF U A RESPECTABLE PERSON WHO HANDLE THEY BIZ AND TAKE CARE OF YO LISTZ AND LINKZ U LAPHING AND LUVING THIS POST! IF U MAD U THE ONE IM TALKIN BOUT BITCH!!!!!!

Email ThisBlogThis!Share to TwitterShare to FacebookShare to Pinterest
Labels: R.I.P Pimp C and Marvin Gaye, rap, why you wanna do that luv huh?

Reasons why I love YouTube: Crestside is the best side part 2


Knick knack patty whack here we go again with another early 90s Mac Dre that's turned up on YouTube in 2019. I hate to be the rabid Stan who claims that random demo tracks are better than most Rapper's careers, BUT some of these Mac Dre demos really do body most rapper's entire discographies. 100% fact, 0% opinion.

Previously: Crestside is the best side.
Posted by Kelvin Mack10zie at 10:29 2 comments:


Dismissed this shit for the past couple of months purely because Roddy Ricch's blatant Rich Homie Quan Stars In Their Eyes performance on the song made me sad that Quan has been reduced to shilling in Newcastle replica shirts for British R&B sangers. However, after hearing Ballin' in a bar last night I can't deny it, I'm gonna str8 ride to it without pining for RHQ from now on. Die Young will always be a snoozefest to me, but I can't front on the Roddy here.

Deliberately kept my best Rap songs of 2019 list at 29 songs in the hope that summat else would either drop or grow on me. Ballin' will do very nicely as that summat else for a dirty 30 like CRU.
Posted by Kelvin Mack10zie at 18:16 6 comments:

Johnson is the P.M but I voted for Shirley Manson 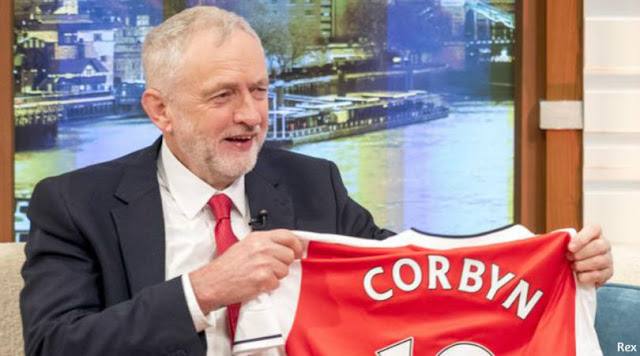 Evidently the man himself was the only person who didn't see it coming, but Jeremy Corbyn has turned out to be the post-2006 Arsene Wenger of British politics: stubbornly idealistic, defensively weak, strategically naive, enabled by fawning dickriders, too consumed by his own anachronistic vision to realise he's dragging his organisation back to the 80s, and the ultimate specialist in failure. Analogy-wise, John McDonnell would be the Steve Bould to Corbyn's Wenger, and both Corbyn & McDonnell should now sod off and join Bouldy in whatever skip he's currently sleeping in behind the Emirates Stadium.

Tony Blair's three successive demolitions of the Tory party coincided with Arsene Wenger's purple patch as Arsenal manager. Alas, the only traits Labour and Arsenal presently share are toxic fanbases and a pathological inability to choose the right man to lead them. There's a myriad of reasons why Corbyn was the wrong man for the top job, one of which is that he inspired the worst thinkpiece Simon "Grimey Simey" Reynolds has ever written (no mean feat.) Not a lotta people know this, but Grimey Simey's weed-carrier Matthew "Woebot" Ingram went to Eton with David Cameron and Boris Johnson. Conclusive proof that Hauntology is for Tories or wot?

Speaking of Grimey Simey's weed-carriers, the most unfathomable question of the 2010s is this: how did Mark "K-Punk" Fisher go from being a universally-mocked pseud to being considered one of the profound thinkers of our age? Conclusive proof that you can't trust people or wot?
Posted by Kelvin Mack10zie at 17:16 11 comments:

Back when I was young my dad told me to never play with matches, but here I am postin' That Fire™. Bit of an anti-climax makin' a year-end list when I've already done the decade, but I can't resist the urge to inflict my 2019 essentials on the internet. Talk Talk's theory about life is the realest shit they ever wrote, which is why I had just as much fun dancing to Eatem's Whoop Sum in the house as I did singing along to Lil' Nas X & Billy Ray Cyrus' Old Town Road remix in the pub. As ever, no order of preference and one song per artist.

Slightly truncated Audiomack version of the list can be streamed HERE.

Email ThisBlogThis!Share to TwitterShare to FacebookShare to Pinterest
Labels: awards, I'm not a poptimist BUT..., not-rap, rap

"I've seen a lot and done a lot
Been known to use my gun a lot
And when the cops got me locked, never been the one to talk
Assume the phone number's hot, always keep another spot
Almost all I was taught, I learned it from the Yoc"


A Nortemare on Elm Street. The unlikely scenario where unreleased Woodie slaps from the vaults are better than anything his old pal A-Wax has dropped in the past few years.

Bonus beats: Me is a killer A-Wax deep cut from one of Woodie's Northern Expozure compilations.
Posted by Kelvin Mack10zie at 16:19 5 comments:

"The Rap game stressed me, made me get the burner
Thought about it, pimp it out like Ike Turner
Not a hard-head, I'm an easy learner
Back in the day boned a girl named Mirna
Styles I flip: R&B, even Pop
No matter how I flip I'ma flip Hip Hop
Put the pedal to the metal, put the icing on the cake
The tea in the kettle, get a mansion like Blake"


You, a square: Smooth B was a big influence on Snoop Dogg.
Me, a connoisseur: Greg Nice was the true father of Project Pat's flow.
Posted by Kelvin Mack10zie at 11:53 17 comments:

Ain't gonna lie, ya host Greta Thun & Kickoberg had hoped my 2019 late pass playlist would've been a tad deeper than this by now. Oh well - at least I've discovered twelve legit jams I'd never heard before, rediscovered a couple of Mac Dre and Shady Nate tracks I'd sorta undervalued, and finally found CDQ versions of personal classics by Max B and Mic Terror. Plus, check me out lovin' a song featuring literal internet punchline Copywrite!

Never got round to postin' about Midi's Kool Is Chillen, so lemme explain it: basically, some raw 1987 drum-machine Rap outta Milwaukee that's a missing link between The Skinny Boys and The Bizzie Boyz. Thanx to Bob D for the assist on that one, hat tip to Big Sleep for the Filthy Phil tip off, and cheers to Step One for hookin' up the Alley High and Cam'Ron choons. My folks or wot?
Posted by Kelvin Mack10zie at 18:11 12 comments:

What would Fat Tone say?

"Chevy sideways, gettin' stupid and shit
Broad daylight we do the stupidest shit
When it's fonkin' then we comin' with drums tryna lift shit
30 rounds 'll make your bucket do a full flip"


Just when I'd given up on Yung Cat he slides through with a big, hooky Kansas City slapper. The tone is Husalah's twitchy country cousin, but the words are pure Fat Tone foulness. What a pity K.C's half man/half moggy waited to drop this one when Britain's skies have turned the same grim shade of grey as Pep Guardiola's "lucky" hooded cardigan (shoulda kept that thing another season, m8.)
Posted by Kelvin Mack10zie at 10:21 7 comments: