Obligatory wrap-up post of those songs I've played most during the month when Styles P didn't break Max B outta prison to perform the Kill That Faggot remix at the LOX and Dipset Verzuz. And that's why there needs to be a rematch when Max gets out.

Other notables: quite like Capitol 1 by EST Gee; AZ's The Wheel ain't my favourite shit but it's still a billion times better than Nas' new album (wtf? @ the guests on Doe Or Die 2 tho.)

And speaking of Donkeys...

"There's a genie in the bottle and she better be a model
Got a dollar to my name, Ima bet it on the lotto
We was playin' in the sand, now we playin' in the wind
'Cause if I can do it over ima do this shit again"


Max B · Revolution
As real Max mavens know, the snippet of this one had been around for donkey's years, and when I say donkey's I ain't talkin' about Yung Eeyore French Montana, boiiiiiii. Literal vintage Bigga here.

Max's camp have re-released 75 In The Can but addded a buncha stupid bell & whistle doodads. That Paul Couture bloke just can't help himself messing Max's shit up, and the sooner Dame Grease kicks him outta the camp the better.
Posted by Kelvin Mack10zie at 09:27 5 comments:


Why wasn't this the intro on Cookiee Kawaii's album? Very good scene-setter for her JeR&Bsey Club sound. Also, it's the real sequel to Vibe (If I Back It Up), f*ck the official Tyga remix!
Posted by Kelvin Mack10zie at 10:27 4 comments:

Can't we just all get along...

Little Shawn - Hickeys On Your Chest
(From The Voice In The Mirror album; 1992)


Little Shawn's Hickeys On Your Chest AKA the missing link between Super Lover Cee and Ma$e. Never seen this video in such pristine quality before - possibly the only Rap video to feature Bela Lugosi. Is Little Shawn's album worth a listen? Howie Tee produced the whole thing so there must be at least one more Legit Jam™ on there.

Update: checked the album and there's nowt as good as Hickeys On Your Chest on there. Nowt as good as his later single Dom Perignon either tbqh.


10/10 opportunism for Little Shawn flipping Biggie's line on Party And Bullshit into a comeback single and billing it as a Biggie cameo.
Posted by Kelvin Mack10zie at 14:35 5 comments:

Nothing sums up Nas' idiocy better than him relegating his last truly great song to a bonus track on one of the worst double albums in Rap history. Word is bond, son, you let yourself down like dis!?!

PS: Schrödinger's Album (noun)
A philosophical thought-experiment conducted by dullards on Rap Twitter where Nas' It Was Written is simultaneously unfairly underrated and better than Illmatic.
Posted by Kelvin Mack10zie at 15:30 19 comments:

Email ThisBlogThis!Share to TwitterShare to FacebookShare to Pinterest
Labels: awards, Nas lol, rap, why you wanna do that luv huh?

Keep it in the Fam-Lay

On one hand, Fam-Lay retired from Rap without having a hit single even though he had a handful of singles which shoulda been hits. On the other hand, Fam-Lay sorta has a 2021 hit single by proxy via that BIA lass he discovered/mentors. I ain't tryna suggest his writing hand was behind BIA's rhymes on Whole Lotta Money, but her nonchalance and flow on this one sound like they were trainedtogo by him.

Related: while I was playing Duck Hunt, the DMCA treated my Fam-Lay playlist like a sitting duck. A best of Fam-Lay without either version of Rock N' Roll? That's like thinking of Lee Harvey without thinking of a Harley.


Say what you want about the 1990s, but it was the only decade where a killer Digable Planets exclusive could end up on the soundtrack to a Dan Aykroyd movie alongside songs by Slash & Michael Monroe, R.E.M, Morten Harket from A-ha, Barenaked Ladies, and Soft Cell's Tainted Love. It's a pity Aykroyd didn't have Digable Planets perform it in the movie like Digital Underground did with Same Song in Nothing But Trouble innit? Some of youze lads will probably front like you've got this song on a test-press 12" single, but I'd never heard it until a few weeks back, nor have I ever seen or heard anybody mention it before. Genuine deep cut status or wot?
Posted by Kelvin Mack10zie at 14:28 2 comments:

"I'm from the town, I'll take your bitch
Just because I was raised like this"


Yeah surprises are cool, but ain't it nice that Ezale's comeback song sounds exactly like you'd expect it to sound? R.I.P Hawk Beatz - you out-DJ Freshed DJ Fresh a couple of times on Ezale's Tonite Show album and the same can be said about Raised Like This here. 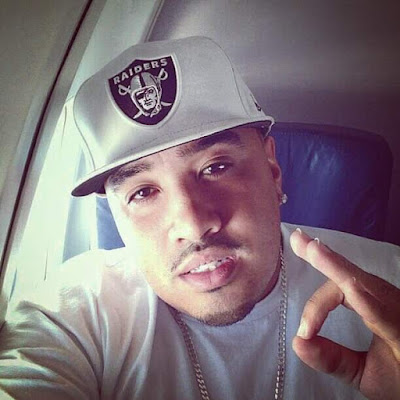 Email ThisBlogThis!Share to TwitterShare to FacebookShare to Pinterest
Labels: bay area, do call it a comeback, rap


This James Bond B-Boy Beat Bop shit now has a video. Nice paradox of No Hands and Rap Hands.

Bit disappointed Sandman hasn't dropped any more music videos of him sittin' around eatin' tortilla chips with hummus and guacamole. Must be a double-dip recession in N.Y.C.
Posted by Kelvin Mack10zie at 16:10 6 comments:


Wax Poetics Japan · Percee P “Lung Collapsing Lyrics”
Percee P's masterpiece and a masterpiece in general. That said, it's impossible for any British Rap fan of a certain age to listen to Lung Collapsing Lyrics and not think that they heard Caveman's Fry You Like Fish and bit the whole shit. Obviously both songs were drinking from the cup of Ultramagnetic MC's, but it's still a very sneaky example of Jackin' For Brits innit?

Email ThisBlogThis!Share to TwitterShare to FacebookShare to Pinterest
Labels: one 4 the Britz, rap, The Bronx

"Last year I told n*ggas put they gun down
**WHAT HAPPENED??**
They shot Kool John, I got a gun now
We gotta be on ten just to have some fun now
But the racist killer cops ain't gettin' gunned down"


Stunnaman02 · Big Steppin'
Shouts out to Marty Robbins, we in this bitch! No lie, comin' across Big Steppin' gives me the same sorta thrill I had when I first came across Nef The Pharoah's Big Tymin' - the excitement of findin' a current NorCal anthem with the potential to be a future Slap Classico. Nothin' remotely original, but a bit of personality and a lot of bass go a long way.
Posted by Kelvin Mack10zie at 13:27 2 comments: