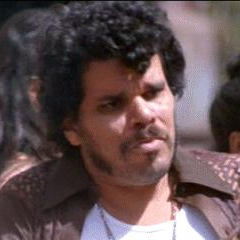 Conclusive proof that Humpty Hump put the fun into funky via Digital Underground & 2Pac's performance of Same Song in the long-forgetten Dan Aykroyd movie Nothing But Trouble. Highlights include 2Pac in his very first movie appearance pretending to sing the hook, lowlights include Aykroyd as a decrepit Scottish judge who looks like a melted Xmas candle.

Nothing But Trouble is categorically not a good movie. It is, however, a pretty bizarre movie, so a performance of Digital Underground's other song from the soundtrack would have fit right in; Tie The Knot is a song that nobody other than Digital Underground could have ever made and plz believe that's nuttin' but a compliment.

Both Same Song and Tie The Knot later appeared on Digital Underground's This Is An EP Release, which was one of young Marty's favourite tapes of 1991. Bugs me out that EP came out 30 years ago this summer because it's older than some of this blog's readers. Shout out Norma Desmond - I'm not old, it's the people that got young.
Posted by Kelvin Mack10zie at 11:30

Ah yes, the year was 1991, I turned 3 and witnessed the birth of my baby brother and was probably called a new jack for the very first time. Good times.

Listened to a bunch of early Digital Underground releases last year and was surprised by how much fun these records still were. It's a bit mystifying how they're being relegated to be a hip hop history footnote at this point, especially since you can make a case for them being a top 5/ top 10 west coast group at the time, possibly of all time.

arguin on the funk is a personal ep release fav

"Funk Mob? What the Hell is a Funk Mob - a buncha brothers who won't take a bath?"

Whole EP rules. They even got one of the very few good CJ Mackintosh remixes. Obviously it ain't fuckin' with the O.G Packet Man but it's a genuinely dope beat and it jams in the context of the EP.

Also need time to process that one 😄

Shock G needs to come out of rap retirement.