Eric B has got a beer gut and my name is Rakim. 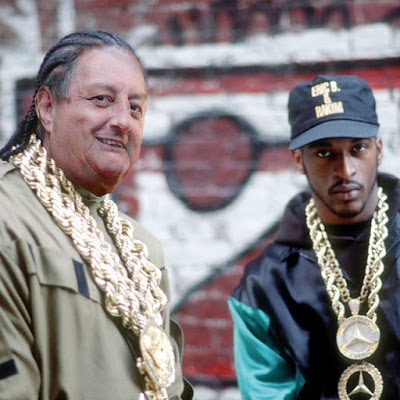 
Obligatory wrap-up post of those songs I've played most during the month when the Howard Hawks of Horror told me that Ice-T's The Tower is his favourite rap song to sample the Halloween theme. Makes sense that Carpenter stands up when he performs his music live because all maniacal geniuses from Mozart to James Murdoch are so consumed by their work that sitting down is a physical impossibility. Old bean was like a dad-dancing geriatric version of DJ Alfredo in Ibiza.


Casual - Who Do That (1997)
Casual - The Best At It (1997)
Doni F of Break In Crew - No Luv (2007)
Young Devi D - Young Fly N*gga (2015)
Young Devi D ft. Brandoshis - Don't Judge Me (2016)
YG - One Time Comin' (2016)
J. Stalin - West Oakland N*gga (2016)
White Gzus ft. GLC - G Is For Green (2016)
D.R.A.M - Workaholic (2016)
Kwamz & Flava ft. Coast2Coast - Stop Stalling (2016)
Other notables: only heard it for the first time yesterday, but Diamonds Talkin' Back gotta be my favourite 2 Chainz song since MFN Right; it's cool that a Curren$y & $tarlito track finally exists even if I'll probably never listen to it again; Jimmy Wopo and the WNC lads both disappointed me with their new singles this month; Kap G's Girlfriend remix with Ty Dolla $ign & Quavo really doesn't need to exist; Eminem's Campaign Speech sounds like "Tom Cruise mom shoes"-era Canibus recorded a 7 minute parody of El-P's solo career; Shawty Lo is dead but the influence of D4L lives on in the songs of DB Tha General's former weed carrier-turnt-Philthy Rich's current chain polisher; listened to NBA YoungBoy's new mixtape and 38 Baby is still his only song which warrants the hype imho.
Posted by Kelvin Mack10zie at 20:47 10 comments:

Updated my Rap Songs That Aren't On YouTube playlist with tracks by The Team and Rock D The Legend & Big Boi, and also added a couple of new cuts by King Louie and White Gzus & GLC which have yet to find their way to the 'Tube. Said he bodied me with his last playlist, guess nobody heard it because nobody listened to his last playlist.


Told y'all that Yung Cat quietly had the 'Tubesploitation game on lock. If YouTube comedy-rap has to exist then 'tis far more preferable for Kansas City's finest purveyor of Husalahwave to have his 5 year old stepson rhyming mainey shit on camera than it is for Anthony Faneto's #problematic Mexican alter-ego to record zany Bobby Shmurda remakes. Only needle drop we acknowledge here at The Martorialist:

Why couldn't God have taken Paul McCartney instead of Pete Burns?


Ding dong, lid - the G.O.A.T Scouser is dead. Pour out a little Stella for the singer partially responsible for the greatest duet in TV history AKA the only Celebrity Big Brother contestant who could out-peacock Dennis Rodman AKA Pete "Dragula" Burns.


Dismissed as an 80's one hit wonder who'd Frankensteined himself with cosmetic surgery until his trailblazing reality TV career took flight in the '00s, Pete The Meat was the recording artist David Bowie could have been if the latter weren't a poncey middle-class Cockney trend-hopper who pilfered sounds and cultures on some proto-Drake type shit. It could be argued that Pete from Bebington didn't have the same seismic cultural impact as Ziggy Stardust, but keep pretending to yourself that Dave from Bromley ever recorded a song as good as You Spin Me Round (Like a Record), fam.


We'll all miss Meryseyside's "brickie in heels", let's just hope he's slaggin' off Tracy Bingham with Jesus. As 'Pac nearly said, I wonder if Heaven got a still-lucarative Japanese market to exploit?
Posted by Kelvin Mack10zie at 12:35 9 comments:

"Playin' my hand, wanted to deal
Jordan was winnin', wanted to be him
Closest I came? Wearin' his shoes
Hoes see me, I'm swearin' they choose"


When midwest pimp-rap meets Portishead-style mysteriousness. Lord only knows why this one isn't included on the new White Gzus 'tape because it bodies every song on there. Round of applause for Blanco Caine rhyming Medellin with the title of Project Pat's debut album - Da Capo best Rap couplet of 2016?
Posted by Kelvin Mack10zie at 12:49 2 comments:

All ya host has ever wanted since startin' this blog is a slap that sounds like D-Lo blew new gas into C-Bo's Want To Be A "G". Props to the Cafe for locating the album containing that very slap:


"A young fly crip n*gga, R.I.P to Tookie
These suckers can't touch me, it's like I got the cooties"


This Young Devi D album sounds like it's got some joints, but pass me a scone because Young Fly N*gga is the jam. "You always tawm 'bout what you gon' pull out for the summer/that chevy look like you put Daytons on a dumpster!"
Posted by Kelvin Mack10zie at 22:06 8 comments:

Think about it, yo: a hole is both a thing and the absence of a thing. Plug up any metaphysical or metaphorical holes in your own existence with a zipfile thingy of ten tracks from the past few months that I've been feelin' since the last compilation of this type.

Rap songs that aren't on YouTube but really should be # 19

The song up for consideration: a Team deep cut from the same 2004 Richie Rich compilation J. Stalin's first solo slaps come from. The reasons this shit should be on YouTube for the world to stream: because it's one of the hardest quacks in the Team's catalogue, and it's the group's only track which sounds as comfy next to Fabolous' Can't Let You Go remix as it does to Mac Dre's Me Damac.


"Back to back, double cars
See me out with double R
Lookin' for that redbone, push-up bubble bra"

The postscript: did you know that The Team's rare 2002 debut album Beyond The Glory featured cameos from Nas and Loon? A feat that's all the more impressive since even Kay Slay's first compilation album from 2003 couldn't quite pull that trick off. Alas, neither track can currently be found on the 'Tube either - a huge pity because it's hilarious that Nas appeared on a song with yung Clyde Carson at the peak of his beef with lcd club-bangeur rap.
Posted by Kelvin Mack10zie at 21:42 25 comments:

Email ThisBlogThis!Share to TwitterShare to FacebookShare to Pinterest
Labels: bay area, rap, underrated jams, why isn't this on youtube???

This is Afrobeats, baby, never techno

'Bout time the Treacherous Two of U.K Rapfrobeats Kwamz & Flava dropped some new shit, especially since the re-recorded video version of Takeover that's still gettin' play on urban TV here isn't a patch on the original. What could have been a clusterfuck of a label showcase for the Coast2Coast Entertainment roster turns out to be a slinky little anthem where everyone involved plays their position on some 21 Seconds type pithiness. Based On A T.R.U Story like 2 Chainz first LP: you can lose an inch from your waistline every time you grind a rug to Stop Stalling. 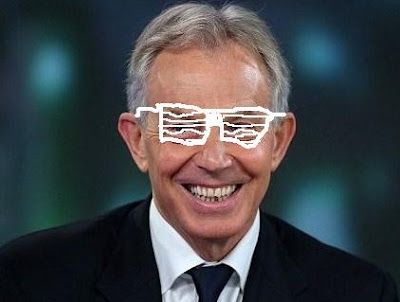 It's dry out here for any new rap to my taste at the moment, so here's a generic list post of 2007's best rap songs as according to moi. Some were favourites at the time, others I've discovered in the years since, but all I still fuxwit in 2016. No order of preference because every song here is a beautiful snowflake in its own special way.

Rap songs that aren't on YouTube but really should be # 18

What kind of depraved world are we living in when Rock D The Legend's one moment of glory has been removed from YouTube? Sometimes you just have to marvel at rap music for being the only art form in the entire cosmos where wresslin' and the Halloween theme can be combined to such potent effect via a Purple Ribbon weed carrier & his guv'nor:


Number one reason why Big Boi is so much more likeable than Andre 3000: the latter would have never guested on one of the best spin-off songs of the Crank That era. For that we should probably be thankful because in the unlikely event that Andre would ever partake in such crassness, he'd probably insist on his cameo being a spoken word intro about why wearing Nikes is bad.
Posted by Kelvin Mack10zie at 22:03 14 comments:

Everything I say is super-factual even if I'm talkin' supernatural

"I been dealing with the ghosts of 'em
Hit a play or two with most of em
Home invasion, they was so stubborn
Had to shoot 'em up, roll somethin'
Man, I must be getting old or somethin'
Thinking maybe it's the coke or somethin'
Something turned into a broken somethin'
Every time I get close to something"


As stated previously, A-Wax videos were so much better before they became 3 minute motion pictures of him walkin' around various locales in slow-motion and standing on inanimate objects doing rap-hands. Nonetheless, I cannae be mad that the best song on Pushin' Keyz just got the visual treatment. As also stated previously, A-Wax always brings a little extra something when rappin' about being haunted by the ghosts of victims past.
Posted by Kelvin Mack10zie at 21:29 3 comments:

I wonder if Heaven got a Datpiff and some soft-toe Reeboks? 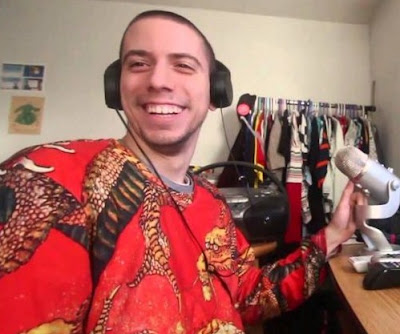 Dearly beloved Louisiana rap fans, we are gathered here today to pay our final respects to one Frank Calhoune esquire, mercifully still breathing IRL but officially dead to us URL after rating Juvenile's Money On The Couch as the 2nd weakest song on Solja Rags yesterday. We come together in grief, acknowledging our loss as we did when Plum Drank removed his 2004 Gel And Weave blog post about Boosie from t'internet. May we share comfort in this time of mourning by paraphrasing the scriptures of New York's Leonard Da Baptist:


"Only thing I’m scared of is God and the Feds
Lost a lot of bloggas and they ain’t even dead
Money On The Couch is top 5 before it gets to the 1st hook
But f*ck the same page, Frankie ain’t even reading the same book"
(Uncle Murda 2:20)

Martorial Elegance: Shatta On You edition 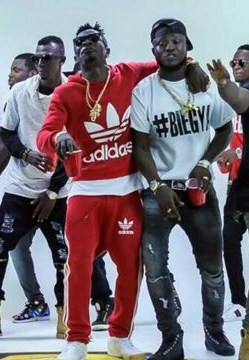 We're now into the vinegar stroke months of 2016 and west Africa's Ghancehall King Shatta Wale still has the flyest video outfit of the year. How did the entire global music industry get shatted on by some breh from Ghana in a custom fake Adidas trackie which somehow looks better than any real Adidas trackie since them leather joints Run D.M.C wore in Paris? Ayo whoever runs the Adolf Dassler brand nowadays - remove that KanYe West, homie (Bigg Jus™), and replace him with the artiste formerly known as Bandana From Ghana.


Glad someone was payin' attention when I mentioned Shatta Wale earlier this year. Playlist needs Hol' It, though, because that shit is canonical to both Shatta Wale's discography and my own dabbling into Afrobeats.
Posted by Kelvin Mack10zie at 19:13 2 comments: 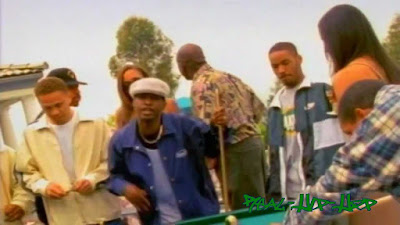 Side note: A Strange Place (The Alezby Inn) did get a 12" release the following year in 1987, but it qualifies here because Egyptian Lover never shot a video for it. Shit coulda been the lesbo-erotic Rumble Fish to the Freak-A-Holic video's The Outsiders.


Quick Zack Morris "Time Out!" from rap to inform youze lot that there's now a short BBC documentary about Purple Aki up on YouTube. He's been half man/half meme since the MySpace era, but once upon a time Aki was very much the Candyman-cum-Ken Kaniff of Merseyside. Between this documentary, season 4 of Wentworth, Pete Burns on Botched Up Bodies, and the CJ from Eggheads situation, 2016 is truly a new golden-age for TV.