Once upon a time on the blogspot yo, I damn near begged for a rip of Juvenile's unreleased Cash Money Gorilla track from the 400 Degreez promo tape which was sent out to various journalists in 1998. It was to no avail because 5 years later in 2016 ya host was crossing his fingers that 2017 would be the year someone finally uploads that shit to t'internet. Guess what song Ca$h Money Records historian CM Degreez just posted a snippet of on his Instagram?

All that tiggedy tiggedy tongue-twisting shit does impress me when we've got Juve doing vocal gymnastics over vintage Mannie production like he's the NOLA's answer to Shabba - dem b(l)ow! Really need a full rip of this true holy grail and the other unreleased 400 Degreez promo tape exclusive.

Cheers to Max from XXL for the tip-off and the hat tip linkage.
Posted by Kelvin Mack10zie at 13:41 16 comments:


Obligatory wrap-up post of those songs I've played most during the month when missing-in-action OB O'Brien was found on YouTube tryna make that Mac Lethal money. A baggage handler's gotta earn an honest crust now he's not allowed to do zany Canadian comedy sketches in Drake's videos no more innit?

Warning: irksome 90s nostalgia alert! It's the generic list post I've held off making for as long as possible: 100 best rap songs of the 1990s, imho. Let's do it like they did it on the .tv channel.

"Now I'm just a gangsta
Pimpin' connected n*gga, my stripes'll outrank ya
Aye, me and my 501's, lookin' for an endorsement
In 'em I'll make a fortune
All I ask is Levi to make ya pockets deeper
So my stacks of paper can fit in them and re-up"


It was inevitable My 501's would worm its way into Team Martorialist's affections eventually because this song has hidden charms for those of us who were in the mood for some new late-career Dru Down after Street Knowledge recently paid homage. Sometimes you've just gotta let a slap be a slap, so the trick with this joint is to forget the video where Dru's dressed like he's auditioning to join Jeremy Clarkson's Amazon show and remember how well he wore his 501's back in t'day. Et voilà, you have D Squared's code to menswear masquerading as an ode to Levi's: where sagging should stay above arse-level, and Hoet Laureates & regular blokes alike should aspire to look like outlaws at the O.K Corral rather than ponces on the Paris catwalk.
Posted by Kelvin Mack10zie at 20:02 4 comments:


More 2016 Bounce & Bullshit in the vein of Club Luv. Late pass discovery on ya host's part, but timing is everything because the song's currently very useful as a stop-gap until Big Choo drops his remake of Dolamite's Hustlas.

BTW, uploaded the Dolamite song to Audiomack a few week back then forgot to post it here. Only Sade could provide the spine of a New Orleans club classic that's the missing link between Lil' Slim and Bone Thugz-N-Harmony. If this shit rings any biddells it's probably because Lil B also jacked it back in 2010.

He got a hit full of corny words, yet he still can't afford these furs (slight return) 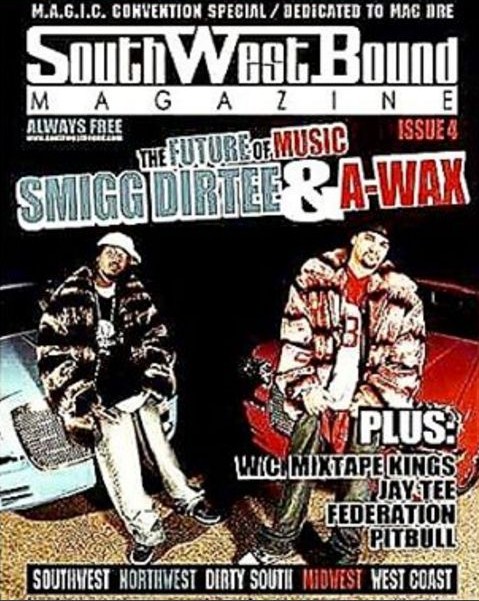 Dome blown within the comforts of your own home that there was once a rap magazine which put A-Wax & Smigg Dirtee on its front cover. An act that's all the more mind-blowing when you do the math and realise that the picture is taken from an internet video which was hosted on the Siccness website.

Turns out it wasn't even the first time A-Wax had appeared on the magazine's cover because there was this proto-XXL Freshmen issue which featured 'Wax, Smigg Dirtee, Mistah F.A.B, Turf Talk and a couple of other fellas on the front: 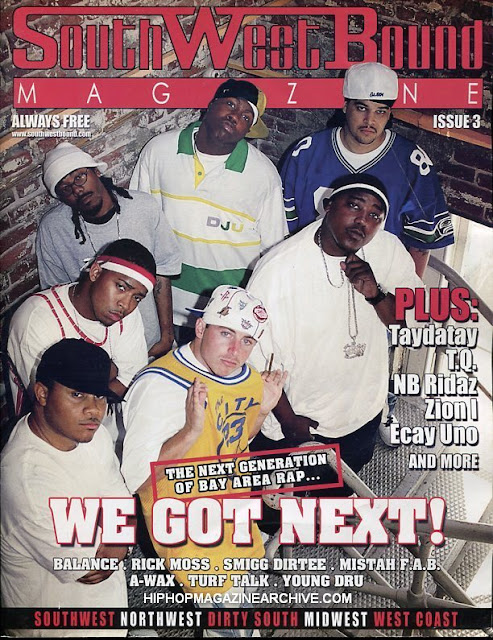 The closest thing South West Bound magazine has to an online archive is this. Dead @ the very notion of a magazine with Laroo as its cover star.
Posted by Kelvin Mack10zie at 12:21 17 comments: 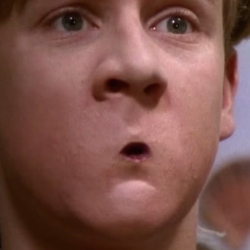 Sometimes in rap the gobby fella upfront steps aside to let the rhythm/the DJ/the guest vocalist/the vocal samples/the bloke with a vocoder pretending to be a robot do they own thing. Word around town, God made us suffer Eric B's scratch-tracks on Paid In Full and Andre 3000's singing on The Love Below as cosmic balance for these 25 masterpieces:

Honourable mention goes to Puff's Get Off. Shit doesn't quite match this post's criteria, but it also doesn't contain any rapping.
Posted by Kelvin Mack10zie at 22:00 11 comments:

The art of blending NorCal mob music with New York thug-rap is usually attributed to the Mob Figaz, but four years before C-Bo introduced Jacka, Husalah et al to the world in 1998 there was this song from the Luniz' pre-Rap-A-Lot independent EP where Yukmouth & Numskull formed like Voltron with Dru Down went in over a combination of Southside Movement's I' Been Watching You, a Raekwon vocal sample, and some choice mob music synthesizer squiggles:


You could argue it was an aesthetic accident à la Dre Dog's Smoke Dope and Rap or Brotha Lynch Hung's 24 Deep if the Luniz & Dru Down hadn't teamed up again for The Mobb over every Queenbridge thug's favourite Isaac Hayes break two years later in 1996. All of which probably explains why Yukmouth recently dropped a Nas remake and Dru Down was Jacka's go-to guest veteran.
Posted by Kelvin Mack10zie at 12:30 4 comments:

"Headfirst in the streets so you know there ain't no stoppin'
Gettin' money like a printer, lame n*ggas wanna copy"


Orchestral Manoeuvres in the Bay via Sick Wid It's first Alabama transplant signee. This is the first OMB Peezy song which sounds like it could feature Alabama's Duke of Datazz, and it'll work very nicely as the intro to whatever Peezy's Sick Wid It debut turns out to be. Ideally it'll be an EP in the vein of Nef The Pharaoh's own Sick Wid It debut because Rap needs less mixtapes and more Mailmans.

On the Keith Welch YouTube channel tip, Peezy needs to procure FBG's Blood Brothers for himself because that song's beat + chorus are wasted on such a forgettable group. Everybody eats, B, but some rappers are only worthy of a trip to the Harvester buffet innit?
Posted by Kelvin Mack10zie at 19:10 6 comments:

Either Tinashe is a big Stone Cold Steve Austin fan or her much-delayed sophomore album is finally dropping this coming thursday. It's a real Gift & Curse humdinger for ya host, because along with the possibility of new Legit Jams™ comes the tragic realisation that she'll probably never shoot a video for Touch Pass where she reprises the gymnastics from 0:27 to 0:31 of this live clip:

Here comes another shameless plug for my best non-rap songs of 2016 Audiomack playlist which featured Touch Pass.
Posted by Kelvin Mack10zie at 21:23 16 comments: 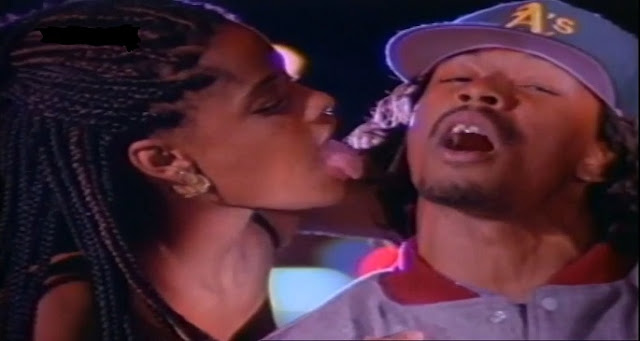 Iconic moment from Dru Down's Pimp Of The Year video. Don't even front like all of Dru's 4 get-ups in that promo aren't legitimate 5/5 rap video outfits.
Posted by Kelvin Mack10zie at 23:32 7 comments:


On one hand, I feel like that nonce from Eminem's albums postin' a track by them kids who made the Rolex song. On the other hand, this is the catchiest shit since Caroline or Cash Machine, and it sounds like a Speaker Knockerz remake of Summer Nights from Grease. Tell me more, tell me more - it's like Swag-Rap will never die. Tell me more, tell me more - I didn't go to Rydell High, I went to Rydell high.
Posted by Kelvin Mack10zie at 15:34 4 comments:


Peedi Crakk's remake of Jazzy Jeff & The Fresh Prince's Brand New Funk was the best solo song he ever made and you can't tell me nuffink to the contrary.

Down for a wave of obscure late '00s rap nostalgia right now. I wanna see XXL articles on the making of DB Tha General's Welcome To The Navy album, blog posts debating whether Big Tuck's Pussy And Patron #actually bangs harder than Not A Stain On Me, Complex listicles about the best rap songs to debut on Imeem (Mic Terror's Get Off FTW), and someone other than me celebrating Maino bangers and Juney Boomdata deep cuts which shoulda been singles.
Posted by Kelvin Mack10zie at 18:52 5 comments:

"And I'll still f*ck even if we was cousins"


Quite into the idea that WNC's songs with Trel Itz A Hit on the track are Louisiana's modern equivalent of Just-Ice's first LP with Mantronix on the beat in 1986: the tone is retro-futurism, the production is stark and savage, retardation & dumbness are lifestyle choices rather than birth defects, and the artwork looks like it's straight outta Skeme's blackbook in Style Wars. Even their respective goldfronts look like some cheap rhodium grillz off eBay that'll cause Gingivitis within 3 hours.

Don't believe me then peep my playlist of 70th Street Carlos songs produced by Trel Itz A Hit, essentially the closest 2016 rap came to Just-Ice's Back To The Old School album. True story like OMB Peezy.
Posted by Kelvin Mack10zie at 14:19 2 comments:

Email ThisBlogThis!Share to TwitterShare to FacebookShare to Pinterest
Labels: Baton Rouge, rap, why you wanna do that luv huh?

He ducks from Ralo, but he trusts in Rafa... it's Rich Homie Quan: 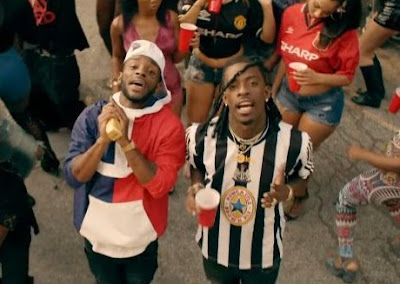 A lesson to be learned for all Atlanta rappers who stop makin' good songs and get their career stolen by (former enemy) YFN Lucci - f*ck around and end up wearin' a Newcastle United replica shirt in a British R&B sanger's video. Quan might be persona non grata in NYC for forgetting Biggie verses, but he's every Geordie's favourite ATLien doon Bigg Market on a saturday night, like.

Make the trap say "Wye Aye, pet!" Shit's hard out here for a Geordie today because it's exactly 15 years to the night since Bergkamp scored that goal against Newcastle.
Posted by Kelvin Mack10zie at 20:46 6 comments:

Your arms too short to Talkbox with Zapp & Rog'

Coulda swore I've previously posted about Glory's Let's Get Nice, but blogspot's search function tells me it was all a dream, I used to read Empire magazine. Before Arthur Baker and Maurice Starr & Michael Jonzun signed to Tommy Boy Records and became Electro pioneers, the 3 of them were in a little-known Disco group by the name of Glory who recorded one of the G.O.A.T vocoder-funk tunes. This is the music that the alien mothership in Close Encounters Of The Third Kind shoulda used to communicate with Earth:


The shortened 7" mix of Let's Gets Nice pops in places that the regular 12" mix merely bubbles, thus the former is the definitive version. One truncation under a groove, gettin' edited down just for the funk of it.
Posted by Kelvin Mack10zie at 20:45 1 comment: