Obligatory wrap-up post of those songs I've played most during the month when J. Cole thankfully refrained from taking part in the #ForThePussyChallenge. Way too many new recruits to the Death Fresh Crew this month - pour out a little booze of your choosing for Gary Warnett, Frank Vincent, Harry Dean Stanton, Gee Money, and my mate's dog Rocco.

Other notables: genuinely thought Boosie's Get Ya Mind Right was some Gangsta Musik-era deep cut I'd slept on until now; Yhung T.O's Slidin' was the song which sold me on him as a solo artist until the slight Drakeisms of some of his phrasing began to irk me; prefer this video to those two new OMB Peezy tracks; Post Malone & 21 Savage's Rockstar is everything I dislike about 2017 Atlanta rap in one song.
Posted by Kelvin Mack10zie at 14:48 6 comments: 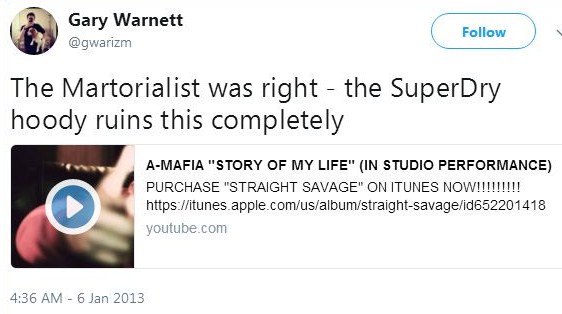 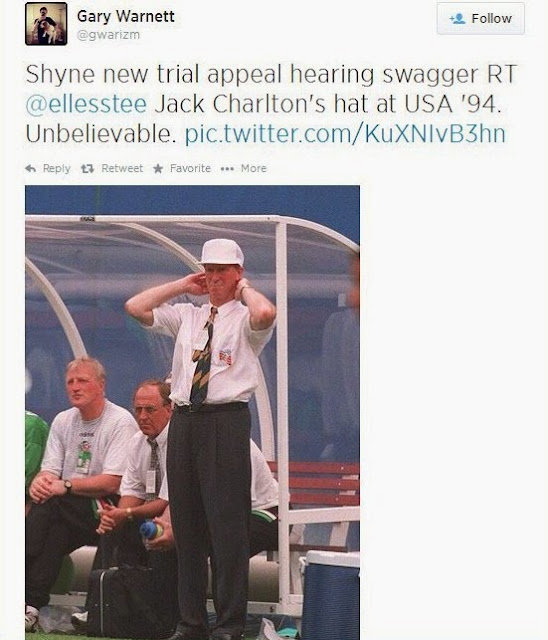 Before G-Unit came pwnin' and the cops came runnin', there was a brief alliance between Irv Gotti's Murder Inc Records and Suge Knight's Tha Row Records where both labels planned to form like Voltron with Rap-A-Lot's J. Prince and create hip hop's first black-owned distribution network. 'Twas a grand vision doomed to fail, but there were a few random cross-label Inc/Row collaborations before shit fell apart, the most notable being the Baby remix where Crooked I played a Bit of Rough to Ashanti's Hot Stuff.


Not a patch on the O.G Ashanti solo version, but still the only R&B video to feature a cameo from Kenneth "Supreme" McGriff - yet another reason why Ashanti is more important to The Culture™ than Beyonce.
Posted by Kelvin Mack10zie at 20:04 7 comments:


From Adventure of Super Rhyme by Jimmy Spicer to Adventure of Cuddie Crime by Vallejo's conman Don Juan. It could be argued that Mac Dre's The Name is Furl's most underrated song given that it's never appeared anywhere other than his first EP - not any of the numerous Dre compilations nor any official streaming service. Guess Khayree doesn't wanna shell out for that Vaughn Mason sample?
Posted by Kelvin Mack10zie at 21:16 13 comments:


Less retarded than previous collaborations, but still unmistakably a 70th Street Carlos & Trel Itz A Hit track. Carlos can't find a decent fitting shirt to save his life, but he stays the real driving force behind the WNC camp - not hard when the crew's star Whop Bezzy has spent 2017 making corny Auto-Tune shit over Atlantaficated trap beats.

Also, Bag It Up has grown on ya host recently. Like Carlos says on the song, I'm kinda slow because some shit just hits my brain late:

They never saw me comin'! Did you see wot I done? Updated my favourite jams of 2017 playlist with some songs by Ralo, Tay-K, Queen Key, and Rich The Factor & The Popper. Inspired the whole town, taught bloggas there's enough #CuratedContent to go round.

I dunno why Audiomack no longer shows which artists the songs belong to when you embed playlists. Click the damn thing for the full credits innit.
Posted by Kelvin Mack10zie at 14:09 12 comments:

Because it's the only site with priceless footage of The Rock & Slick Rick in the studio together recording Pie:

Why couldn't God have taken Frank Bough instead of Frank Vincent?

Pour out a little Lambrusco for arguably the greatest character actor of our lifetime, and the man with the best rug in any movie or TV show he ever graced with his presence. His ultimate legacy will, of course, be the shinebox - just look up any clip or interview with him on YouTube and the comments will be 80% shinebox jokes.

Always wished Scorsese had given Frank more of a role in Taxi Driver or a role as one of the mobsters in After Hours. Also always wished he'd have appeared in more rap videos after Hype Williams drafted him in for Nas' Street Dreams. Imagine how the video for Kool G. Rap's It's A Shame could have been improved with Frank's mug up in it as the mafia plug.

Email ThisBlogThis!Share to TwitterShare to FacebookShare to Pinterest
Labels: dropping like flies, Favourites from the flicks, not-rap, tv blues

Best believe ya host is on a mission to locate every slapable Dru Down deep cut. Already ticked off the list are the pre-Relativity Records joints like Weak Move, Dru Rules and Bigger Than What You Think, plus the Can You Feel Me-era victims of sample clearance like Assassinated and In Jail. Now it's onto the sporadic highlights of his 2 early '00s albums, the 2nd of which was supposed to come out on the reborn Death Row Records in 2002. File Gangstafied under ‘Slapp & Roger-core songs which Suga Free really shoulda guested on.’

Birds In The Kitchen

Sacramento been had Birds In The Kitchen, but not like this. Who's a pretty boy then? OMB Peezy apparently:

Somebody look at dis shit 😂😂😂😂 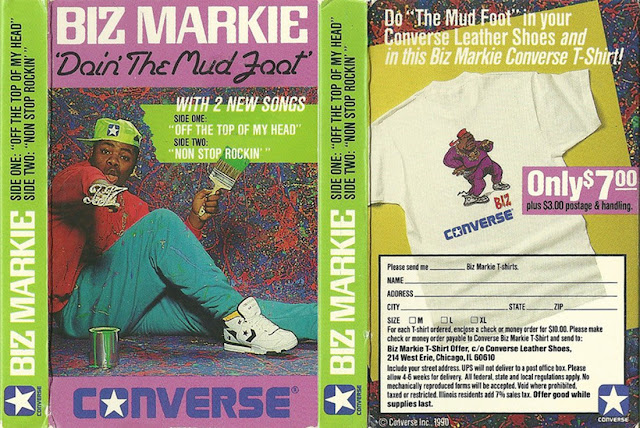 "Kickin' n*ggas off the Earth
You a bird, I'm a flirt, I'm a jerk
Kickin' n*ggas to the curb
What's ya purpose? Ima get what I deserve"


F*ck a table, you can't sit on the same planet as this lass. Bass on that, eh, lads? Basically, the great tragedy of 2017 rap is that there's far too many songs with basic bass, and not enough songs that'll turn the interior of your automobile into a air pocket of low-end.

Not a lotta people know this, but Dru Down's Explicit Game album from 1994 was a rejigged reissue of his 1993 independent album Fools From The Street. Someone should hire Doctor Who to travel back in time and fire whichever A&R at Relativity Records thought it was a good idea to remove Dru Rules, Bigger Than What You Think and Weak Move from the tracklist of the reissue version. You just don't consign vintage Dru Down slaps with Ant Banks to the dustbin of obscurity like that.

Here at The Martorialist we want to live in a world where Dru Down deep cuts are considered equally as important as the deep cuts by east coast rappers like AZ or Grand Puba.
Posted by Kelvin Mack10zie at 21:06 9 comments:

The Factors >>> The Kids

Pleasantly surprised that the remix of Yo Gotti & Nicki Minaj's Freaky Tales-inspired single features the highly unlikely presences of Kansas City's Rich The Factor & his semi-protégé The Popper. Far more impressed, however, by Rich & Popper's own current single Aristocrat - the mannishness is brand new, the mobbishness is retro, the scritch is scratched if you're just after some no-frills K.C slap.


"I'm too tired, in deez streetz dress sharp as new knives
I move wise and don't hang with n*ggas who act they shoe size"