I wonder if Bobby Hundreds has ever heard Cocaine In The Back Of The Ride by UGK?

"Bust a nut on their stomach
wash my dick in the sink
then buy a 40 from store from the godamn chink!"

UGK - Cocaine In The Back Of The Ride


The original superior version from The Southern Way in 1988, natch'. Perhaps if he had he might not be so eager to lace Bun B with a plethora of free Hundreds gear and hook up with him for an inevitable t-shirt collaboration: 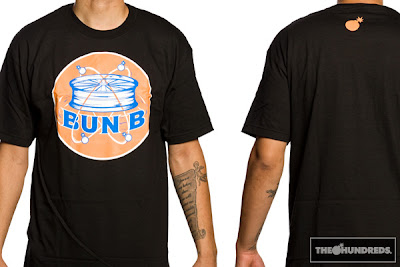 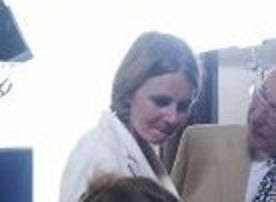 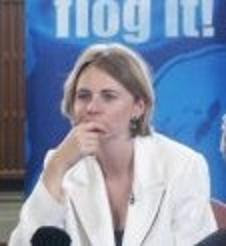 A quick google tells us that Catherine's particular field of expertise is 19th century instruments of both the scientific and musical variety, which is the weirdest coincidence because we've got a vintage blue veined flute we'd like her to check out. We're not sure if it's a genuine 19th century artefact but perhaps she could determine its origin by giving it a quick blow?
Posted by Kelvin Mack10zie at 16:38 11 comments:

..her dick, her balls, her hairy ass.

Styles P plus his and his wifey. 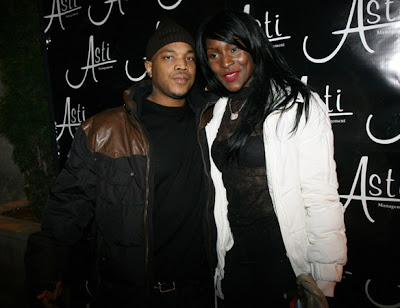 AKA a waxwork version of Sol Campbell in a wig.

I just don't get it. Most of these guys start rapping to become rich and pull top-tier pussy but you see pictures of everyone from Slick Rick to Cam'Ron to DMX to Fabolous to Krs One with their wives and they're always post-operation tranny lookin' wildebeests. What parta the game is that, yo?

Y'know, what the cold, grim north needs right now is more suburban shopping complexes full of dudes who look like Cam'Ron and The Diplomats circa the Dipset Anthem/I Really Mean It video. 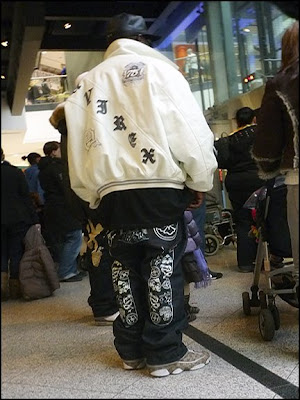 Y'all whiggaz dreamed it, we seened it : leather so soft New-Era, possibly the most O-T-T Evisu denim ever (and to think the author of Casuals called the majority of Evisu kecks "ostentatious tip-ex arsed jeans" that are "a badge of convenience for tossers everywhere"), a coke-white Avirex and, the pièce de résistance, fake Gucci-print Jordans which have the Alpo -o- meter registering its highest reading to date.

It's Harlem, baby, and i think the security guard just saw you drop a Kit Kat wrapper - SQUALAY!

Pic provided by Killa B again.
Posted by Kelvin Mack10zie at 14:30 2 comments:

"Them dudes be talkin' about they swagger - nobody copies the Jay Z or T.I look but they damn sure copy me. Remember when bitches was asking they hairdressers for the Rachel cut? I'm in that Jennifer Aniston zone, them dudes is Lisa Kudrow!" There are certain areas of Liverpool where a trend for Scouse schoolgirls to go out in gangs all dressed identikit in their pyjamas with Footlocker bought sportswear and girly flat shoes which has, apparently, prevailed for something close to a decade now. It's a self-contained trend which has remained entombed in the bowels of Merseyside. Until now. 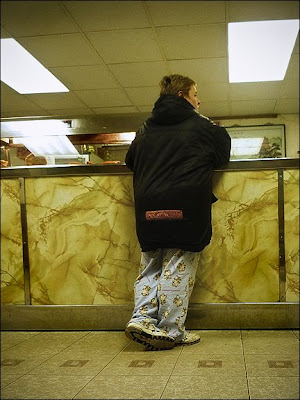 And so it seems this trend has hit the Lache in C-Town but, naturally, the Lache has got its own twist on the original look. The pyjama pants are intact but the flats have been replaced with well-worn Reebok classics and the Footlocker sportswear has been substituted for an oversized skootcoat, which looks like the type of generic sports coat managers in league two are usually seen in, with some stupid patch on the back.

It's also interesting to note that while it's only teenage girls who sport this look on Merseyside, here in C-Town the trend has been adapted by rough old 40-something Ricky Hatton resembling Lache trogladyte birds who, according to Killa B who provided the photo, don't take kindly to the Chinese chaps working at the chippy not being able to understand them and their desire for their chip batch to be smothered with fatty butter substitutes.

I can feel a cumulus in the air tonight 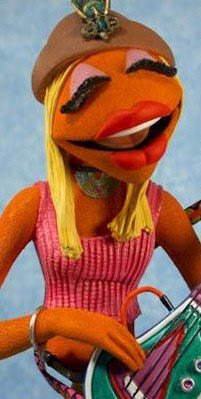 She said she'd want my kids and help me make my next G'
tell me i ain't finesse, Diane Oxberry
Posted by Kelvin Mack10zie at 14:58 No comments: 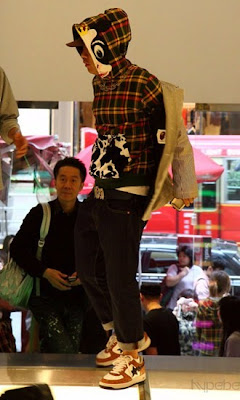 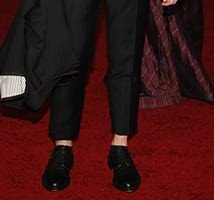 Fall back, Nigo. You can encase your lil' Jap legs in the finest selvedge the world has to offer and then hem and cuff them into position but you'll never have the natural effortless style and swagger that my man Barry Davies had. So fresh, so clean - y'nahmean?
Posted by Kelvin Mack10zie at 18:20 No comments:

We're the Harlem World crew and we're doing the do just for you... 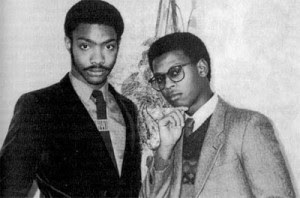 Thought i was the freshest kid when I dropped a Dr Jeckyll & Mr Hyde (the original Ted Dibia$e and Gordon Gecko of the rap game) appreciation on Fat Lace a few months back until my man Super-Brad took a look at it and asked me why I hadn't spread any love in the direction of Doing The Do?

Can't front - I hadn't even heard of it before but since it's a long out-of-print obscure b. side that's not even mentioned in the Ego Trip singles lists which is occasionally billed as being by the Harlem World Crew as opposed Jeckyll & Hyde then I don't feel like such a newjack for not knowin' it.

It's always good to come up on some old jam you never knew existed before and find yourself thinking that you've been living your life in false-happiness without it 'cause it's that good. Dare I say this might be even better than Gettin' Money or Fast Life and, thus, their best tune? You damn right.
Posted by Kelvin Mack10zie at 13:18 No comments:

It's a time honoured man-tradition that at some point in life you have to borrow a suit off your dad because you don't have one. Gok Wan Eardley, pictured below, recently found himself in this situation and i'm pleased to report that the 4 elements of dad's-suit-syndrome are in full motherfucking effect : 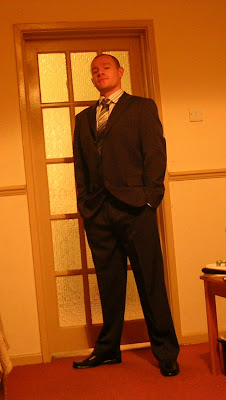 1. Charcoal grey
2. Pinstripes
3. Slightly oversized Jacket with one arm longer than the other
4. Pants which are very slightly Barried-Up

Here's to the Eardmesiter for reppin' so correctly on all four fronts.

Shorty, lemme tell you about my only vice..

..it's got to with lots of money and it ain't nuthin' nice.

One of my favourite blogs is I Don't Care If You Wouldn't, I Would, which you can find in the links to the right. It's modus operandi is to pay tribute to less conventionally attractive women who are still sexy as fuck. Even if you don't agree with their particular choices you'll still find yourself nodding along in agreement, so compelling is their reasoning. Catching the end of Are You An Egghead? before, i couldn't help but think that Judith AKA Judith Keppel AKA the posh old bird winner of Who Wants To A Millionaire? who's now a member of the Eggheads quiz team is deserving of a post on there. More of a Great.Aunt.You'd.Like.To.Fuck than a M.I.L.F but there's something about a well spoken, slightly snooty, well-to-do older lady with an expression perennially set between quizical and wry that stirs my loins. She used to be a frumpy middle aged hag with a Barry Venison perm but a million quid and 8 years later and she's now a sex-siren of late afternoon/early evening tv. A middle-aged millionairess BBC quiz version of Medusa with perfect diction capable of turning men's dicks to stone.
Posted by Kelvin Mack10zie at 18:02 1 comment: Whenever the subject of dead rapper murals come up it's usually the countless corny Biggie R.I.P murals which splatter the walls of basketball courts and bodeagas in Noo Yawk City or the respective Big L and Big Pun murals in Harlem and The Bronx by the T.A.T.S Crew which come to mind. 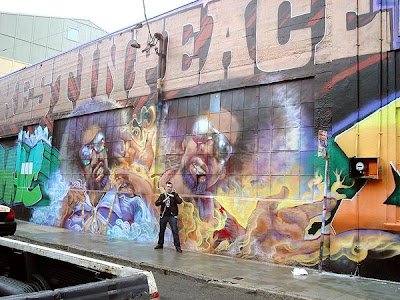 But it's worth remembering that besides the ballet-dancing and enemies/hennessey couplet rhyming rapist 2pac, there are a plethora of dead rappers from regions other than NYC. One such rapper being the Thizzface-pulling late Bay Area legend Mac Dre, who was shot dead in Kansas of all places. Probably my favorite R.I.P piece out of all the ones i've seen. Salutations. Now go bump Feelin' Myself in tribute.

Where to even start with this one. This is almost the complete antithesis of the previous installment of Martorial elegance and a reminder of the complete hopelessness of the average British male during summertime.

The best thing about this guy was that he had a touch of the preening peacock about him and was stood around for ages posing like Christiano Ronaldo soaking up the adulation as he catches sly glimpses of himself on the titan-tron screen during a game. Yep, if there's any get-up which screams PUSSY MAGNET to the fairer sex it's a grubby moth eaten grey sweatshirt with rolled up sleeves tucked into a pair of hoisted up to Simon Cowell-like proportions 38" waist tennis shorts from Ellesmere Port market and some soiled Air Maxes which look like they were something the cat dragged in and then dragged back out again. The shitty generic tattoo of a dragon only adds to the overall effect and it's clear we're dealing with the benchmark for the badly dressed here on which all future contributions will be judged against.

Biz and the Jets.

Has there ever been a worse format for music than the flexi disc? Sure, they were usually magazine freebies and invariably featured a song which was otherwise unreleased but they always either ended up creased and unplayable after about 10 minutes or lost to the wind after a few weeks when you forgot what LP sleeve or book you stored them inside.

The latter fate is what became of my flexi-disc of Biz Markie's live cover of the Elton John hit Benny & The Jets which came with the second issue of the Beastie Boys vanity rag Grand Royale magazine. I've never managed to find my copy to this day, but thanks to the joys of Youtube I can now hear it again and even see Biz performing it live on the Chris Rock show. Take that, you fucking lost flexi-disc bastard!

Email ThisBlogThis!Share to TwitterShare to FacebookShare to Pinterest
Labels: Cover versions which are better than the original, magazines, rap