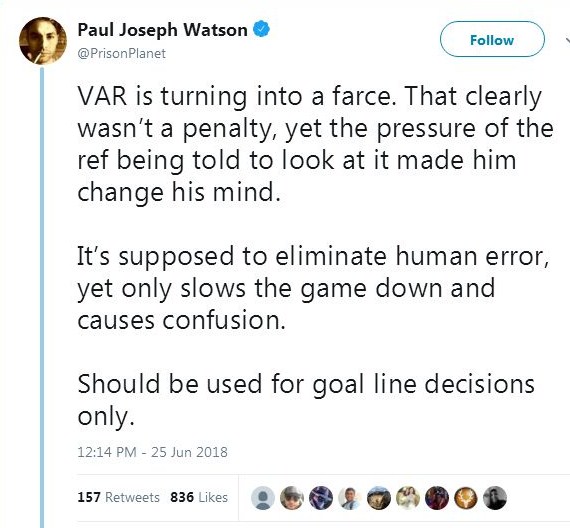 Obligatory wrap-up post of those songs I've played most during the month when PJW pretended to be into football. Pull the other one, Paul.

Other notables: Dancing Man was the only song I was kinda feelin' on that new J Hus EP; wanted to like Rico Nasty's Rage but I just can't get with Slipknotcore Rap.
Posted by Kelvin Mack10zie at 13:21 10 comments:


In hindsight, ya host was way too harsh about the late Jimmy Wopo's Elm Street 2. Shit's a slap to be treasured, so who gives a shit if it isn't quite as good as the original? As ever, writing about music isn't a bunch of declarative statements forever fixed in stone, but the ever-evolving conversation in your own head made public. Sometimes you get it right, sometimes you get it wrong, and sometimes you're kinda slow because certain songs just hit the pleasure centre in your brain late.

Another heartfelt R.I.P to Jimmy Wopo, the only rapper of this era who sounds like he should have been the guitarist in some mid 80s New York Hardcore band.


Black Sheep performing that song live at MTV Spring Break in 1992 with Cypress Hill and Smooth B joining them onstage as impromptu back-up dancers. Clip is so hype it can make you temporarily forget that The Choice Is Yours (Revisited) is one of those legitimate 10/10 classics to have been ruined by lazy DJs overplaying it - ubiquity's gonna kill your favourite 90s banger quicker than a favour or a bullet.
Posted by Kelvin Mack10zie at 18:05 3 comments:

"Catch your baby momma, make my young'n's steal her purse
I know a lotta n*ggas want me in the hearse
But I'm strapped you fuckin' clown, you muhfuckin' jerk
I got n*ggas in black all round your house, you 'bout to get merked"


Really wish rappers wouldn't invite visits from the Grim Reaper upon themselves in their #barz like that. Here at The Martorialist we definitely ain't tryna see 70th Street Carlos become Baton Rouge's answer to Heavy D on some The Overweight Lover's In The Hearse type shit.

Anyhoo, Big Knots initially felt like a disappointment after last month's trifecta of Bang Bang, Sprite, and Wreck, but shit's a grower like chickweed on your granddad's allotment. A proper bells of doom 4 Horsemen Of The Apocalypse entrance theme.
Posted by Kelvin Mack10zie at 11:29 2 comments: 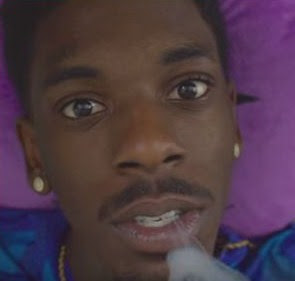 Pittsburgh really is the pits, huh? Pour out a little Snapple for the tragically slain Jimmy Wopo, now cursed to be "that other rapper who died on the same day XXXHamster got snuffed". It's a mystery Scooby Doo why it's always gotta be rappers who die - it's about time some Drum & Bass producers and Death Metal bands get sent back to the essence instead to #RestoreTheBalance

It doesn't even matter that Wopo blew his creative load early in his career with Elm Street, Walkin' Bomb Pt. 2, and Nanana because a smattering of brilliant songs will always make up for a whole lotta so-so material thereafter. That said, ya host still wishes that Back Door was a solo track because that one had to potential to be Wopo's best song until Sonny Digital decided to lay a ho-hum guest verse on it.

You 48 and you still slappin'? Mmmmm

"The streets talkin', them bullets like HUUUUUMMMM
No name for the blame but a barrel of a gun
But, whoooooa, them streets is cold
And that's the same thing as hot when you on my block, let's go!"


Good old man pimpidoo mob music from D Squared & some uncredited breh who sounds vaguely familiar. Moral of the slap? Stick to ya cataplults if you ain't got no aim, lil' hombres. Ideally this one would have dropped on a cassingle with My 501's and For Real (retitled as Tube Socks on Dru's new album.)

*EDIT* Guest is Mistah F.A.B sounding far more contemplative than his usual self.
Posted by Kelvin Mack10zie at 09:21 3 comments:


Robert Tepper dramatically lip-syncing his way through the best song from the Rocky IV OST on some German TV show. Lotta speculation in the YouTube comments about whether Tepper colours his hair or not, but I couldn't care less meself - if he dyes, he dyes ¯\_(ツ)_/¯

It's non-Rap week here on The Martorialist, mainly because ya host has been struck down by a strong dose of blogger's block. Thus, here's a companion to the 80's Rap 101 post generic list post: 101 great non-Rap songs from the decade when Paolo Rossi was never called an arsehole.

Email ThisBlogThis!Share to TwitterShare to FacebookShare to Pinterest
Labels: awards, I'm not a poptimist BUT..., lip sing more, not-rap

"And now for something completely different..."

Found when reading an interview with Repo Man director/former Moviedrome host Alex Cox, one of my favourite new-to-me discoveries of this decade: the 1980 EP by L.A Chicano Punk band The Brat. Bird up front on vocals, teenage angst on deck, and a strong ear for a tune. Comparisons with X are inevitable, but The Brat were rawer which generally helps Punk music age better dunnit?

Related trivia: when Alex Cox first met Harry Dean Stanton's agent he tried to get Cox to consider another one of his clients for the role of Bud in Repo Man instead of Stanton.

All seemed to be going properly and professionally, so I paid a courtesy visit to Harry's agent at the most famous Hollywood agency. This was an eye opener. I spent 20 minutes chatting to the agent about what a great actor Harry was, and the wonderful work he'd done. The agent listened and then said, ‘Harry Dean's okay, but he's past it. You need someone younger, more up-and-coming. I also represent Mick Jagger. Why don't you offer Mick the part?’

This gobsmacked me. First, Jagger was completely wrong for the role of a grizzled, burned-out L.A repo man. And second, the agent was out of line. We'd offered Harry the part, and here his agent was trying to do him out of the job. It was immoral, surely a breach of contract, and stupid. I replied that Harry's age, experience, and nationality made him the best choice, made my excuses and left.

Email ThisBlogThis!Share to TwitterShare to FacebookShare to Pinterest
Labels: Favourites from the flicks, not-rap


Doesn't matter whether your leisurewear is Prada or Primark, this is still pure goosebumps under yer sweatsuit vibes innit? Kid Capri's blend of Stephanie Mills' Something In The Way You Make Feel acapella over the Impeach The President drum-break was Rap & Bullshit before Ron G or Uptown Records. Dome blown within the comforts of my own home that it was also Hype Williams' inspiration for using the acapella of Soul II Soul's Back To Life to soundtrack Belly's opening scene:

Email ThisBlogThis!Share to TwitterShare to FacebookShare to Pinterest
Labels: Favourites from the flicks, N.Y.C, rap

"Let's keep it trill, bitch, I'm in that water like a Navy seal
On them percocets, got me roarin' like a damn wheel
Her skillz give me thrillz, suck my ballz and give me chillz
Bitch, I'm starvin', I need a meal, I got my tool with my drill"


In that water like LL Cool J in Deep Blue Sea, even the WNC 2nd-stringers like Ram Bam are comin' with that fire H20 right now.

Related: smfh @ Alamo Records for listing all of 70th Street Carlos music on Amazon/Spotify etc as 70thstcarlos.
Posted by Kelvin Mack10zie at 10:26 3 comments:


We'll always have Gemini's Me N Da Girls even if 90% of the other songs played on Channel U were only notable for their struggle comedy value. We can try but we'll never forget Bearman, Mr. Wong, Jelluzz, and Tulisa's coke dealer m8 Mike GLC.

AKA was mah spot, though. Where else on national British telly could you catch videos by Donae'o, Giggs, Kwamz & Flava, J Hus, Young T & Bugsey, and Maleek Berry next to videos by YG, Spice, Tinashe, Rich Homie Quan, Busy Signal, and Tay-K, followed by a Best of Snoop video hour? Ya host's bouts of summer insomnia are gonna be precisely 95% more boring from hereon in unless KerrangTV do regular Danzig specials or NOW 80s start showing Fun Boy Three videographies.

Get Elton John in to perform Candle N Da Wind for Freeview channel number 373 innit. Above the clouds with .TV, Bravo and that quiz station Suzanne Cowie used to present on.
Posted by Kelvin Mack10zie at 12:03 5 comments:

Email ThisBlogThis!Share to TwitterShare to FacebookShare to Pinterest
Labels: dropping like flies, not-rap, one 4 the Britz, rap, roadrapfrobeats, tv blues

The P in P.S.K stands for Pussy

"Nowadays n*ggas mad because you ain't they bitch
Beat this pussy on him, shorty instantly pussy whipped
Left his ass blue by the balls, he a Crip
Tongue in my shit, by the mouth he a ship"


Finally the fairer sex have their own P.S.K. Thought Valee & Chase The Money's Acid was the final frontier of Chicago sub-bass, but evidently not.
Posted by Kelvin Mack10zie at 10:11 1 comment: