Obligatory wrap-up post of those songs I've played most during the month when worlds collided.

Other notables: Out The Streetz is exactly the sort of production I wanna hear A-Wax over, so of course he had to go and ruin it by letting his saltine baggage handler rap on there too; Kap G ruined Freakin 'N' Geekin' all on his own with that Cold Hands On His Back flow (thanx, Jesse); listened to the SOB X RBE album and I still can't find a song by them I like enough to pay 99p for; every time Westwood plays these new Migos singles I'm reminded of how I felt any time I'd inadvertently catch a new Das EFX single back in the mid to late 90s: FFS when are these played-out motherf*ckers gonna go away already?

Another major L for The Guardian's coverage of rap music

From this point forward, noone from The Guardian is allowed to mock The Daily Mail for running a story about DMX with pictures of D.M.C ever again: 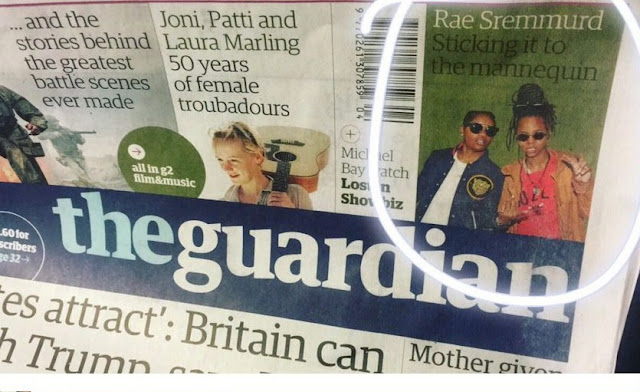 What's the most #Problematic thing about The Guardian printing a picture of Bre-Z & Gizzle on its front page trailer for a Rae Sremmurd interview yesterday?

* That The Guardian thinks all blk ppl look alike to the point that they can't even tell blk lads from blk lasses?

* That The Guardian thinks two lesbians are men?

Is Ezale ever gonna drop this song or wot? The video is nearly 12 months old now, and while history has taught us that Ezale songs rarely ever sound like the Instagram snippets suggest they'll sound, this one still seems like it has more potential than 97% of the pisspoor new rap released thus far in 2017.

Was Will High behind the attack on Richard Spencer?

Think about it, yo: nobody throws a blindsided punch quite like Will High... just ask Vordul's shattered jaw. Here at The Martorialist we'd never willingly send a man to Rikers Island like Gentle Jones and El-P did when the pair of them snitched on Will High to the NYPD, but check out this exclusive video footage of the Richard Spencer incident obtained from our man on the concrete Gianluca Giallo:

"Sucker punch? I guess, technically. I mean, you really WOULD have to be a sucker to sleep on a dude like me when I am threatening to assrape you." - Will High, 2009.
Posted by Kelvin Mack10zie at 16:35 22 comments:

Email ThisBlogThis!Share to TwitterShare to FacebookShare to Pinterest
Labels: one 4 the headz, why you wanna do that luv huh?

Parlour game #content spawned from a conversation about whether Straight Outta Compton is a better LP opener than Real N*ggaz Don't Die: favourite opening songs on rap albums. Rules of da game like Wood Street Playaz: it must be the first song you hear when you press play on the album, it must contain rapping, and it must function as a proper song not just as an album intro. Turns out ya host is a right golden-era mark at heart.


A real two Birds With one Stone choon here: a Caribbean escape from the slate-grey skies of British january, and a much-welcome counteragent to a month of mostly stale new rap shit.

Artists who really do use their voices like an instrument nah just walk inna Young Thug's shoes. That's not a plea for any Busy Signal Is Post-Language/Like A Verbal Saxophone thinkpieces, mind.
Posted by Kelvin Mack10zie at 19:23 6 comments:

Email ThisBlogThis!Share to TwitterShare to FacebookShare to Pinterest
Labels: not-rap


Thought everyone had done the decent thing by ignoring Kap G's shitty new single here until I caught Westwood enthusiastically slappin' it on his latest show. Song is the exact sort trendy Atlanta bollox Kap shouldn't be droppin' when he's got a Safari remix in the chamber ready to go, and it's unfortunate that the poor lad probably thinks he's channeling Young Thug by raising his voice a few octaves at the end of each bar when he actually sounds like a eunuch doin' the Akinyele Vagina Diner flow. Jose got them stinkers.

Email ThisBlogThis!Share to TwitterShare to FacebookShare to Pinterest
Labels: just sayin', rap, why you wanna do that luv huh?

Reasons why I love YouTube: Little In Japan edition

Oh, so this is the Japanese chicken-chaser commercial Bananarama recorded their AZN market-only G.O.A.T deep cut He's Got Tact for. Who needs Easy Rider when you've got Peter Fonda on a Honda instead?


Shameful situation that Woodie's Norte Sidin' and Foxy Brown's Cruel Summer are the only notable rap songs to sample Bananarama. Don't even front like the intro of It Ain't What You Do... doesn't bang as 'ard as anything on an Ultimate Breaks & Beats compilation.


As taken from Camp Lo & Ski's new album of 1995/1996 unreleased joints. This shit is Scaramanga before Scaramanga, and while it's far too raw for Uptown Saturday Night or the B-sides of Camp Lo's previous singles, it definitely sounds like some long-lost demo track Stretch & Bobbito played once in 1995 that headz have been tryin' to track down ever since. Shalamar magnetic.
Posted by Kelvin Mack10zie at 10:13 12 comments:

I stopped smokin' with writers back in '015 when they tried to tell me Carley Rae Jepsen was an Exciting Artiste. Judging by most of the 2016 music lists I read, the vast majority of these dullard critics still can't tell diamond from wood, which gives me another excuse to mine my own archives for #content in 2017 by condensing my my best non-rap songs of the year generic list post down to a ten song Audiomack playlist. It ain't even that my taste in non-rap shit is 'owt special, more that all these frumpy music writers are so laughably clueless that any mildly-inquisitive dilettante with a decent ear can glitter & gleam like Pimp C's Cadillac in comparison.

No order of preference, but the running order of artists is Tinashe, New Age Muzik, Kwamz & Flava, Moelogo, Shatta Wale, Dexta Daps, Chi Ching Ching, Spice, Mr. Fingers, and Shift K3Y. Never wrote about the latter's Like This, but that shit was my own personal House Every Weekend of 2016 which I never heard anybody play outside my own house. Probably would have expanded the list to a top twelve and included Fifth Harmony & Ty Dolla $ign's Work From Home and J. Balvin & co's Safari if both songs weren't such red flags to the RIAA.
Posted by Kelvin Mack10zie at 12:50 7 comments:

File this under ‘one for the Brits’

A screenshot of the Siccness.net front page. What's wrong with this picture? 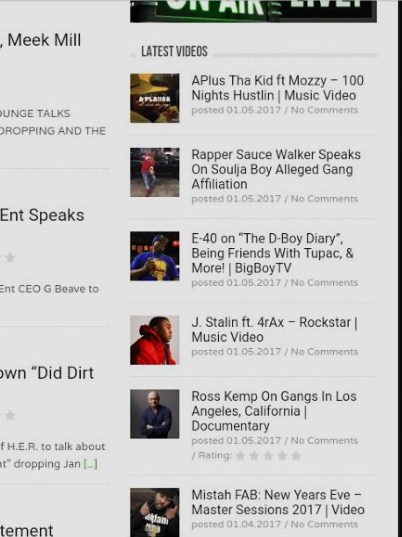 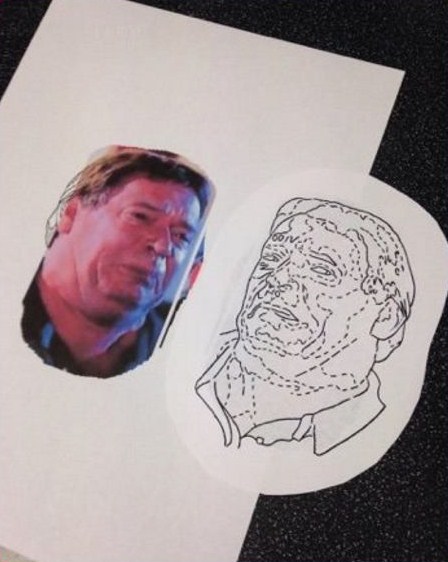 "Baby you funny, I call that chick Lenny Henry"

Email ThisBlogThis!Share to TwitterShare to FacebookShare to Pinterest
Labels: rap, tv blues, why you wanna do that luv huh?

I got a rare European with some rhythm

"It's Money Over Bitches, ask Pimpy Doo
That's my n*gga, he say that's what we really do
If Tina Turner need a tune-up call me Jiffy Lube"

Street Knowledge - Dru Down Flow (Can You Feel Me)
(From Soundcloud; 2017)


Street Knowledge isn't a rapper whose music sticks for ya host like cement, but this one's got me stuck where I stand, 'bout to piss in my pants. You got me mixed-up twisted like Arabian gymnasts if you think I'm not down for homages to NorCal's finest hoet laureate Pimpy Dru.
Posted by Kelvin Mack10zie at 11:20 10 comments:

Born to Audiomack: sixteen which ain't from 2016

Still tippin', still fly, still breathin', still I rise, still spendin' money from '88, still minin' my own archives for #content in 2017. Here's my sixteen which ain't from 2016 generic list post in Audiomack playlist form... well, sorta: I don't have the OutKast and Casual MP3s at hand right now so I've replaced them with equally worthy new-to-me discoveries by Camp Lo and BlaqNmilD & 5th Ward Weebie. Still 'bout whateva, still D.R.E, still rock my chinos with a cuff and no crease, still the only Audiomack user to upload songs by Slick Rick and Lil' Yase & Yatta.