Obligatory wrap-up post of those songs I've played most during the month when man like MP45 found a secrete & rare 1988 in-store performance by Big Daddy Kane and Ice-T on the 'Tube. "Ice like T, hot like Hell" foreal. 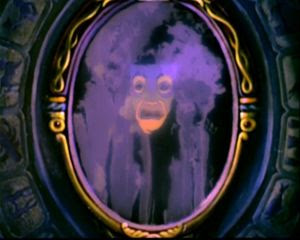 Ya Life's On The Line

The Famous Amos I Bet U Won't challenge continues to hit new heights, quite literally in the case of his latest video where he's truck-surfin' like Teen Wolf (and in the rain on some The Dramatics type shit, no less.) If you ain't putting your own safety at risk for cheap laughs then get the f*ck off Instagram in 2018, IMHO.

Remember when Jacka recorded the best Rap song about rain since Rae & Ghost?
Posted by Kelvin Mack10zie at 13:40 3 comments:

A sequel to the recent favourite rap songs of 1988 list, 35 indisputable choonz from the year when Belly and Buffalo '66 were released, Pol Pot was declared deceased, and the number of annoying Rap magazine scribes proclaiming Mos Def as "the saviour of Hip Hop!" significantly increased.

(Decided that I can't front My Name Is however much I'd like to. Contrary to popular opinion, it is a far better song than Role Model or Any Man or any of the other 1997 - 1999 Eminem tracks beloved of my fellow headz who don't even particularly like Eminem.)
Posted by Kelvin Mack10zie at 14:51 19 comments:

"Yo, I'm tryin' to be swollen, but right now I ain't holdin'
Hit the lah, told them everything I own is stolen
Picture that like Brando gave up half he saved up
Play the cut when dollar eye signs tricks is raised up
I'm the cheapest, and thats the only way I'm gonna keep this
Slice I wanna heat this, girls is trying to eat this
They think we should date, but still won't appreciate
Neither help with the rate, or you order a decent plate"


Like Ultimate Force's I'm Not Playing, this is another single from the official Martorialist canon that ya host never knew was blessed with a video until recently. If you've never made a playlist with Cheapskate next to Horse And Carriage then your Jiggy-era expert credentials are small like Einer Bankz' guitar.

File this one under ‘underrated Ski beatz’ innit.
Posted by Kelvin Mack10zie at 11:36 6 comments:

Can you even ollie, bro?

"Oven by my side, that Big Bake shit
I dyed my hair blue - this the wave, I'm on that lake shit!"


Beserker-Bouncin' at all the sucka-clucka Baton Rouge rappers too busy dickriding Atlanta to bring the ruckus, 70th Street Carlos & Trel Itz A Hit will be two brothas clappin' in your speakers but they ain't applaudin' you motherf**kers.

Kidz today and their immaculate skateparks, eh? Spare a thought for doz of us who had to navigate dilapidated concrete deathtraps like this back in the late 80s/early 90s: 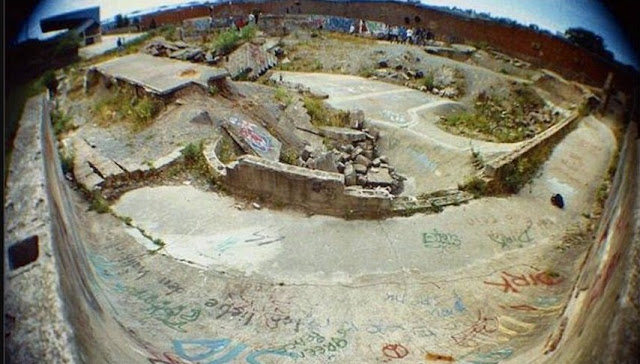 Rodney: "Yes! Mozart's symphony number 38 in D major. I find it helps me unwind, you know - eases my executive stress."


^^^^ This is ya host if someone forces me to listen to a Jazz LP or any instrumental Hip Hop album. Wordless genres of music are only good if they're singles-based like House, and you can't tell me shit to the contrary.

Why is the sky blue? Why is water wet? Why did Trigger always call Rodney ‘Dave’?
Posted by Kelvin Mack10zie at 12:06 5 comments:

"N*gga wanna show his ass like a baboon
Now he's a hashtag, now he's a tattoo
Now his bitch's ass on my dick in the bathroom
Wanna be a class coon? You get ate like fast food
You won't walk, you gon' crawl away like a raccoon
Hands in the air like a statue, I will shoot you in a classroom
See through you like a glassroom, I have nothing to ask you"


Hate to be one of those Ken Kaniff bloggas postin' songs by child gangbanger rappers with murder charges, but ya host finds it difficult to resist the dubious charms of this new Tay-K track in much the same way that I couldn't front on The Race. Shorty lemme tell you about my only vice, it's got to do with music by #problematic rappers and it ain't nothin' nice.
Posted by Kelvin Mack10zie at 18:35 4 comments:

Email ThisBlogThis!Share to TwitterShare to FacebookShare to Pinterest
Labels: not-rap, rap, why you wanna do that luv huh?, youtube

11 legit jams from decades past which were officially unreleased until they finally saw the proper light of day during the past 8 years. Shout out to anyone who played a part in gettin' these songs out there so everyone can hear 'em.

If we sacrifice that nonce Afrika Bambaataa to a volcano can we get Lovebug Starski back?

A very important rapper for ya host since seeing Lovebug Starski doing Amityville (The House on the Hill) on Top Of The Pops in 1986 was one of my "EUREKA!" moments with rap as a kid:


Legend has it Starski might have invented the term Hip Hop in 1978, but let's not hold that against him, eh? After all, how can you hate the rapper who let Larry Smith & Davy DMX go full on Trevor Horn Electro-pop:


You've Gotta Believe's B-Side Starski Live At The Disco Fever wasn't half bad either; Larry Smith & Davy DMX abandoned their pop instincts entirely on that one and essentially used the beat as a dry run for the stark drum machine sound they'd perfect a few weeks later on Run D.M.C's Sucker MC's.


Also taken from the same Dave Clarke X-Mix Electro Boogie video mix VHS tape as this clip for LFO's We Are Back. If Morgan Khan had kept releasing his Street Sounds Electro compilations into the '90s then Voice Activated defintely woulda been the Stomper Ne Plus Ultra™ of whatever volume it would have featured on.

No shotz @ Khan, but it's pretty unforgivable that he never put Jonzun Crew's Space Is The Place, Spoonie Gee's Street Girl or owt by Egyptian Lover on any of his Electro compilations. That's like Darlene without Ice, The Lost Boys without rice, or DMX without a pipe.
Posted by Kelvin Mack10zie at 12:22 4 comments:

This one sounds hella promising: 5th Ward Weebie does a Diddy and records himself Louisiana's answer to Get Off? Swear down, I'm flying to New Orleans to dish out Chinese burns if Weebie makes like Ya Boy Big Choo and just teases this song endlessly on Instagram for a year without dropping it. This ain't a game, gawd!

... and just like that, it drops. Not the Get Off ya host imagined, more another Whatcha Workin It Fa innit. Fresh 4 the 2018 Magnolia Projects Mardi Gras parade, you suckaz:


Word around uptown, Wild Wayne is gonna call in Louis Theroux for the official Drop It How Ya Feel It remix. "My currency doesn't jiggle-jiggle, it's crypto/I start shit off like Ziggly Wiggly fo sho!"
Posted by Kelvin Mack10zie at 20:29 3 comments:


Who knew there was a video for Diamond D's first production AKA the de facto birth of the D.I.T.C crew, eh? One of the first Golden-Era joints to depart from the James Brown/Ultimate Breaks & Beats canon and go diggin' in them classique Blues crates instead. Highlight? Peep 1:13 for the Chuck Norris chest merkin.
Posted by Kelvin Mack10zie at 17:55 22 comments: