Obligatory wrap-up post of those songs I've played most during the month when livestreamed Darts was far more entertaining than livestreamed beat battles. 2 blokes struggling with IG live settings as they shout at each other and awkwardly play snippets of songs? No fa me.

Awwww man - peace, Connecticut to Stezo AKA the rapper who put the C.T into Canadian Tuxedo. To The Max is my own personal Running Man anthem, and Girl Trouble is the O.G Know The Ledge as far set-up songs go. I hope Heaven got a endless supply of Mickey Mouse sweatshirts for the original Danca Ternt Rappa. 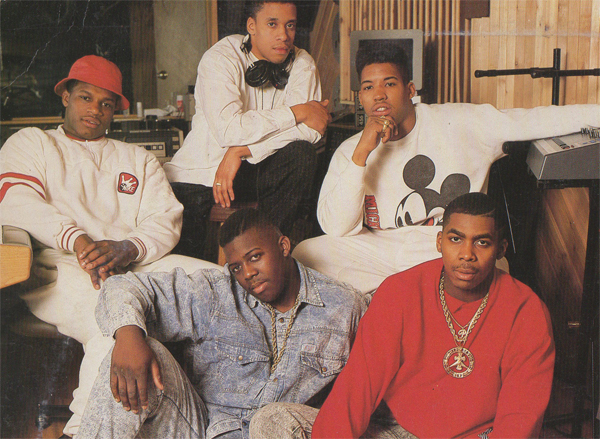 Ridin' in my Fiat listenin' to Tearz

"I wanna drive around my hometown, I wanna listen to Wu-Tang
Oh my life is feelin' so down, I'm always loopin' on the same thing"

Juiceboxxx - Drive Around
(From It's Easy To Feel Like A Nobody When You're Living In The City album; 2020)


What I dig about these recent Juiceboxxx singles like Drive Around and Coinstar Song is that they're the sort of modern Rock anthems I wanna hear on KerrangTV next to classix like The Breeders' Cannonball and Wheatus' Teenage Dirtbag. Kung-Flu quarantine has downgraded hometowns into homes for the Drive Around video, but the song's essence is more pertinent than ever: it ain't where you're from or where you're at, it's where your head is at. Keep it above the clouds like Guru & Deck.

That reminds me, I was watching KerrangTV a couple of weeks back and caught recent videos by Sum 41 and Papa Roach. Once polar opposites of early noughties MTV Rock (Pop-Punk japes versus Nu-Metal earnestness), both bands are now indistinguishable on the sound and image tip. Times is hard on the Rock boulevard when your only way to age disgracefully is to rebrand as #Woke Velvet Revolver.
Posted by Kelvin Mack10zie at 18:31 4 comments:


One of my big pet peeves about Rap right now is the need for superfluous guests. Thus, of course the best songs on Quelle Chris new album feature people doing Chris' one job (or Chris doing someone else's job in the case of Sudden Death.) Wonders do happen when Jean Grae's significant other is home alone with his microphone, but he seems hellbent on becoming the Ampichino of sardonic eccentric-Rap: a needy bastard with a near-pathological aversion to go for self on his own songs. If only it were possible to enforce social-distancing on Rap albums, mixtapes, and EP's - no more than 2 guests per project, imho.
Posted by Kelvin Mack10zie at 14:51 24 comments:

Email ThisBlogThis!Share to TwitterShare to FacebookShare to Pinterest
Labels: detroit, N.Y.C, why you wanna do that luv huh?


Here at The Martorialist it pains us greatly that Jackie Chain went from rapping to farming without getting around to jackin' some noughties British pop-dance anthems. In fact, it's still Jackie-san's destiny to jack Calvin Harris' Acceptable In The 80's and transform it into an ode to Huntsville hedonism. No crazy visionz are even necessary because that shit practically writes itself:

Email ThisBlogThis!Share to TwitterShare to FacebookShare to Pinterest
Labels: alabama, I'd Rather Jack, not-rap, one 4 the Britz, rap 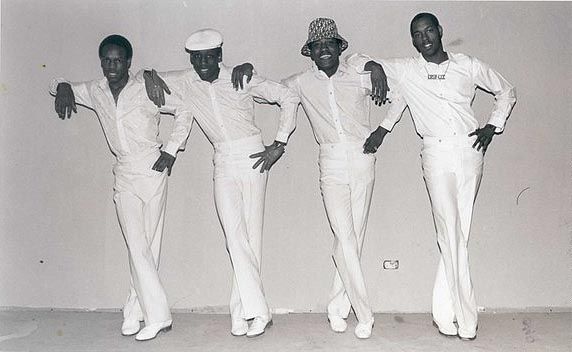 So, my favourite Rap 12" of all time celebrates its 40th birthday at some point during this year. A truly great record which stands as thee best example of early Rap on wax, it's also a hugely important record since echoes and ricochets of both songs can be heard in everything from T La Rock to Too $hort. Me, I wanna read an oral history of the 12" from everyone involved still alive (R.I.P Pumpkin and Bobby Robinson) and some of the A-list Rap personalities who bear the traces of its influence like LL Cool J, Slick Rick, Pos & Dove from De La, Kid Capri, and Will Smith & DJ Jazzy Jeff. One caveat, though: the article must NOT be written by that insufferable narcissist Questlove.
Posted by Kelvin Mack10zie at 21:47 5 comments:

I think the president is smokin' weed bumpin' this beat... 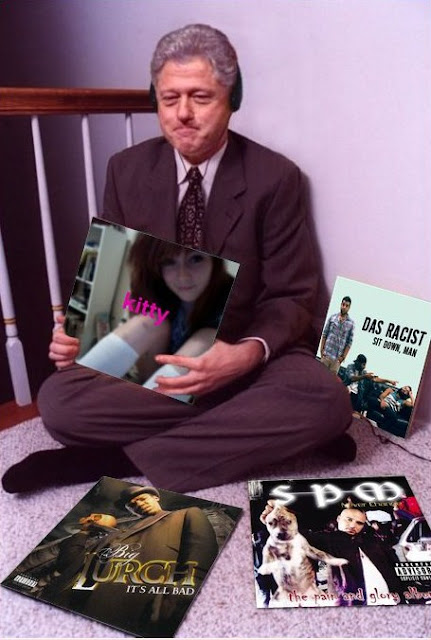 "I even seen the president puff trees and get his f*ck on!"
Posted by Kelvin Mack10zie at 21:36 3 comments:

Email ThisBlogThis!Share to TwitterShare to FacebookShare to Pinterest
Labels: Clinton is the prez but I voted for Shirley Chisholm, Never Had A Friend Like Meme, rap


I don't know too much about R&B but I know what I like and this is the first Usher song I've been all over like a Primark suit since Good Kisser. GTFOH with that stupid interlude halfway through the song, though. Just because we all have more time on our hands right now does not mean we wanna spend said time watching Usher and Jamie Kennedy's attempts at comedy.

Email ThisBlogThis!Share to TwitterShare to FacebookShare to Pinterest
Labels: ban stand-up comedians from music videos!, not-rap, why you wanna do that luv huh? 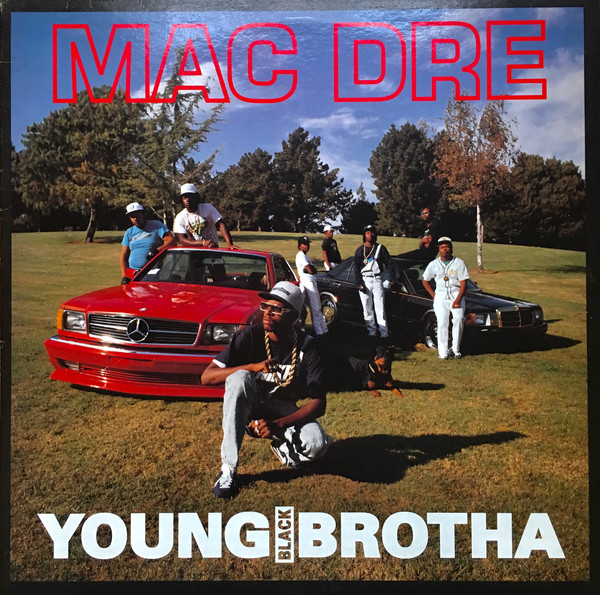 
Whenever folks discuss Rap's greatest EP's, Mac Dre's 1989 to 1992 trifecta of Extended Plays always get slept on like they're made from memory foam. Lord knows why because all three EP's are sicker than SARS, Dre with Khayree behind the boards was one of Rap's best Rapper/producer combinations, and their debut extendo Young Black Brotha is the de facto best Rap EP of the 80s with all slaps and no skips. F*ck the world and anyone who underrates Furl, history has got shit twisted like a Jheri curl. 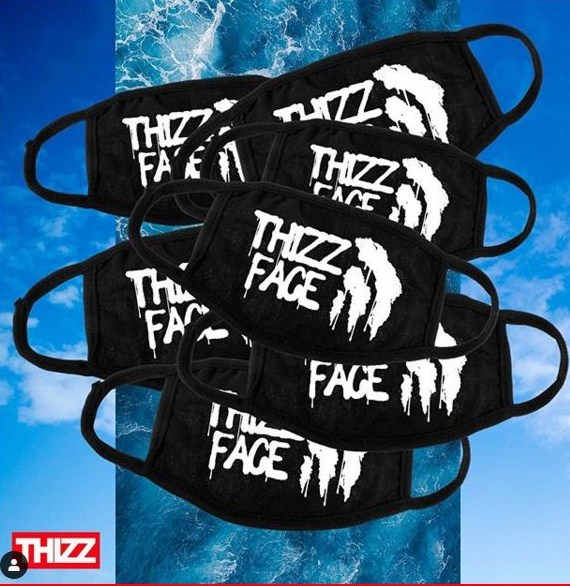 Ain't Got Time like that Lil' Wayne mixtape cut


A4damoney · Nefew - Blockaholic (Prod. by A4damoney )
Via D Squared. Been a long time since I've heard an Atlanta Rap song with some slap but the Da Apartments guy has come through with Blockaholic here. That said, as with NHale's Dealin' Wit A Hoe, these long-arse video intros have REALLY gotta go. Rappers - take ya acting aspirations, put 'em under ya pillows, and kiss them shits goodnight forever ever.

Email ThisBlogThis!Share to TwitterShare to FacebookShare to Pinterest
Labels: Atlanta, rap, why you wanna do that luv huh?, youtube


If parlour games are the new pub crawls in this season of the siccness then who's down for a round of Great Cover Versions? A Great Cover Version doesn't necessarily have to be better than its source material, but it does need to bring summat slightly different to the table and jam in its own right. All genres and eras are welcome, as are artists covering their own songs. What's not welcome are any of Tricky's shitty Bwistolian whisper-wap cover versions of 80s Rap classix, or any remakes of Children's Story which are all superfluous.

R.I.P to Nate Dogg, he got to procreate


It ain't no fun if the seeds can't sang none. The apple didn't fall from the G with Nate Dogg's son, eh? Junior ain't quite blessed with the same velvet tone as his dearly-departed old man, but he's on the right track with this jam. Just make sure you skip foward past the stupid intro to the 40 second mark.