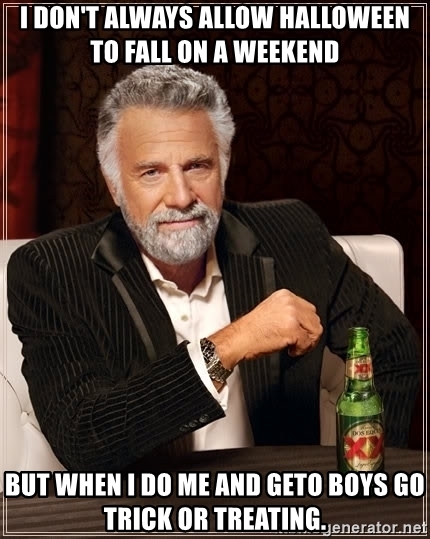 Obligatory wrap-up post of those songs I've played most during the month when Halloween really did fall on a weekend, me and Gene Simmons were Trick Or Treatin'.

Other notables: DaBoii might have the best Mac Dre homage of 2021; alas, P-Lo's new single is merely okay; Kurious' upcoming album sounds like it could be surprisingly good.


Max B · I Wonder (Coco Mango)
Like my Granddad always used to say, you can't keep water in concrete indefinitely because it'll leak eventually. Max B - the first New York rapper since Grand Puba to use patois on record without soundin' like Brad Pitt in Meet Joe Black. Free the Boss Don and the World Boss.
Posted by Kelvin Mack10zie at 14:30 3 comments:

The Style Council - It's A Very Deep Sea
(From Confessions Of A Pop Group album; 1988)


Why's It's A Very Deep Sea not on the Style Council best of compilation I own? More importantly, why'd nobody put me onto it until I did a Style Council deep dive recently? What else are you lot hiding from me eh eh?

Not so much Blue-Eyed Soul as Deep Blue Water Soul; re-evaluating the wreckage of one's past to reveal only painful regrets rather than pirate's treasure (shout out to One-Eyed Willy, we in this bitch!) True story: It's A Very Deep Sea is even better than Long Hot Summer, which means it's not only the best Style Council song but the best Paul Weller song point blank. Always preferred Prawn Cocktail Paul Weller to Beef & Onion Paul Weller, meself. Big fan of Salt & Vinegar Paul Weller too though, as typified by The Jam's Funeral Pyre.


Yeah, he nicked that riff from Love's Seven & Seven Is, but so what? If Rap has taught us anything, it's that there's an art in jacking the best bits of other people's songs. You can have your cake and steal it too.
Posted by Kelvin Mack10zie at 21:24 4 comments:

Email ThisBlogThis!Share to TwitterShare to FacebookShare to Pinterest
Labels: late pass!, not-rap, one 4 the Britz, Played Like A Piano

Let The Homocides Begin by Top Priority & Percee P has gotta be the funniest song title typo in Rap history.

2021: the year it was revealed DJ Kool Herc's nightclub stabbing happened because MC Coke La Rock had nipped home to take a shit since he didn't like the club's toilets.

The worst decision Zev Luv DOOM ever made was thinking Popcorn was a Mr Hood-type track rather than a Black Bastards-type track and leaving it off the latter album. A particularly baffling decision considering he chopped up #actual Mr. Hood era B-side Plumskinzz and put it on Black Bastards twice.

What I'd love right now is for a great regional Rap single to come outta nowhere and take over the world like Nelly's Country Grammar (Hot Shit) did in 2000 or Rich Boy & Polow Da Don's Throw Some D's did in 2006.

Failing that, I'd settle for Eatem's Go Get Yo F*ckin' Brotha blowing up. Think of it as overcharging the industry for the way it mistreated Bailey's F*ck Yo Couch.

Did Barry Manilow know that Kurtis Blow raided his wardrobe?

This is in no way an Azealia Banks endorsement, but I hope UNiiQU3's Microdosing goes on to be the new 212.

I was wrong about They Don't Really Love Us by Phil Blunts & Black Jesus being the most Queens-soundin' Rap song to ever come from Yonkers. The answer is #actually G-Notes by Black Jesus & Snypa.

WHO'S MAM IS THIS?


Oh what a difference an M makes, one little letter. Ain't hearin' much music which tickles my fancy on Thizzler's Instagram these days, so at least they're providing LOLz instead. File The Biznezzz under 'NorCal singer lasses who could play the chief lesbian henchwoman in an all female remake of OZ.'

Because ya host is a hater and a lover in equal measure, here's some 2021 NorCal songs which very much do tickle my fancy.

Bonus Bay Area Biznezz: Billy Jam just uploaded Digital Underground's 1989 electronic press kit to his YouTube channel. Something which often gets forgotten about Digital Underground is that a lotta folks didn't realise that Shock G and Humpty Hump were the SAME DAMN PERSON until the Humpty Dance video.


Hi, I'm Generic British Generation X Guy. You may remember me from such posts as Dear diary, my teen-angst bullshit had Ice-T's Body Count, Christian Slater was a better Jack Nicholson than Jack Nicholson, and Earth is roughly 4 billion years old but I'm glad I was alive at the point in time when SL2's On A Ragga Tip sat attop the U.K Top 40.

Always wanted to compile a best non-Rap singles of the 1990s list but was daunted at how time-consuming and mind-bending it'd end up being. I was right: it was a right royal pain in the posterior to whittle the 1990s down to 101 singles since it's an incredible decade which also happens to be plagued by the absolute worst type of nostalgia - whether it's Rap, Rock, R&B or Rave there's a very specific type of ageing bloke who remains forever frozen in 1996 and who is constantly doing his damndest to ruin 90s classics for me. Anyhoo, after a lotta lotta deliberation this is my definitive 101 favourite 1990s Other Genres™ singles, which is set in stone and never to be changed (... until I remember summat obvious I've forgotten, natch.)

As noted previously, the Red Hot Chili Peppers, Massive Attack and Tricky selections are songs I love by artists I loathe.

The SL2, Cajmere, and Underground Resistance selections weren't technically the first songs on their respective 12"s but they became A-side anthems in their own rights because they're simply THAT good.

Slint's Spiderland is one of my favourite Other Genres™ 90s albums on some Yank equivalent of Talk Talk's Laughing Stock type shit, but it doesn't have any singles and I'm not too fussed about Slint's actual 10" single.

The entrance to France's Notre-Dame de Royan is my favourite Brutalist architecture which resembles the robot on the cover of A Guy Called Gerald's 28 Gun Bad Boy album.
Posted by Kelvin Mack10zie at 21:50 53 comments:

Email ThisBlogThis!Share to TwitterShare to FacebookShare to Pinterest
Labels: awards, I'm not a poptimist BUT..., New Labour Who Dis?, not-rap

This is Monsta Island not Istanbul or Constantinople

Sum shit I recently found out: Kurious recorded a King Geedorah song with MF DOOM over the Monster Zero beat which was never used, but they later completely re-recorded it for some Ninja Tunes boxset. Glad they did too because this second version has more #SongTitleSynergy than the original. How did DOOM find a sick Barış Manço' sample for Kurious to give it the works? That's nobody's business but the Turks.


PS: They Might Be Giants over The Four Lads all day, every day.
Posted by Kelvin Mack10zie at 10:30 5 comments:


Lock Em In The Trunk is the Duke Deuce song I'm waitin' on to drop, but WTF! definitely ain't no entrée. In fact, it's the anthem that Duke's trademark "WHAT THE F*CK!" ad lib deserves. D Squared is very good at condensing Big Crunk Energy down into hardbody exotic shit - don't even front like that beat doesn't sound like Egyptian Lover moved the Pyramids to Memphis.
Posted by Kelvin Mack10zie at 11:05 4 comments:

One 4 The Britz: Hacienda Hallway 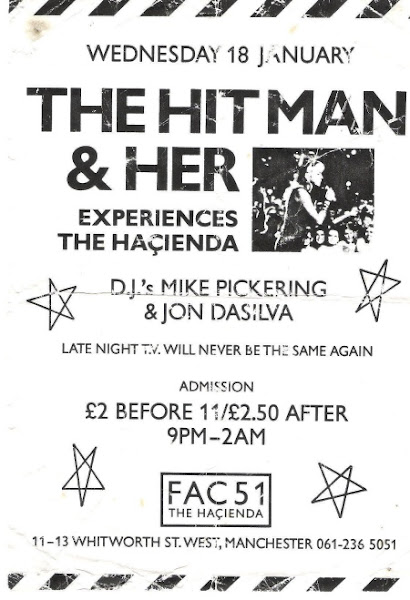 Just noticed that a British holy grail has finally turned up on YouTube: the full episode of The Hitman & Her broadcast from Manchester's infamous Hacienda club in 1989. For doz that literally slept, The Hitman & Her was a British late-night TV show hosted by Stock Aitken Waterman supremo Pete Waterman & then-kids TV presenter Michaela Strachan. Beginning in 1988 the show's M.O was visiting various British nightclubs which were to be provincial meat-markets where Sharons & Tracys and Kevins & Garys would politely dance to current Top 40 pop music and indulge in wacky japes at the behest of Waterman & Strachan.

So far, so standard night out Ritzy's Wine Bar. Until, that is, Waterman & Strachan took a trip to the Hacienda during the peak of Britain's Acid House explosion in 1989 and came across a bacchanal of Mancunian 24 hour party people dancing to rave classics by L.U.S.T, Rhythm Is Rhythm, West Bam, Inner City, Maurice etc. Well, sorta - the club had announced The Hitman & Her would be filming that night so a shitload of Sharons & Tracys and Kevins & Garys also turned up to get their mugs on the telly. Thing is, though, it's this combination of folks which make the episode such a period-piece classic; seriously, there is no better documentation of British club culture in 1989 than the juxtaposition of Waterman & Strachan coaxing a group of hairdresser lasses into singing Beatles karaoke before the cameras cut back to a dancefloor full of Mancunian ravers locked into the plinkity-plonkity hypnotic 303 tweak of A Guy Called Gerald's Voodoo Ray.

Petition to get the aforementioned Voodoo Ray footage (32:35 in the second video) recognised and realised as the song's official video. Note the lad dancing on the stage who looks like a Pakistani Shaun Ryder and another lad who looks like a chunkier Kermit from the Ruthless Rap Assassins. Together they coulda been the Bizarro World Black Grape.
Posted by Kelvin Mack10zie at 14:50 9 comments: