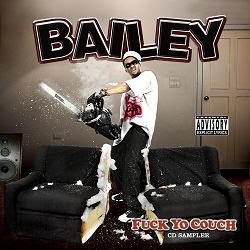 "Jheah, fuck your couch, n*gga
lemme tell you about this shit:
If the po-lice come around this muthafucker messin' up your paper - they fuckin' up your couch....." 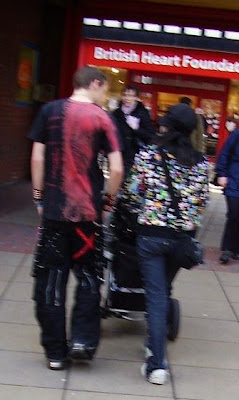 In the same way that Levi's are pretty much the blueprint for any good jeans (and a few less than decent ones too), JNCO are the prototype for the gazebo-like denim disasters that look tailor made for Holly Willoughby in her current behemoth state which keep cyber-goths, cyber-ravers and a whole carnival of other cyber-cunts dipped in ridiculous 32" width hem kecks with rear detailing.

Only, instead of the sewn-in spacko graffiti fonts and Funkdoobiest LP cover-esque goateed characters with blunts of JNCO's, we now get sub-culture specific strains with the cyber-goth variety featuring studs, skulls and various other shit you can only get away with wearing if you're Kerry, Lemmy or Glenn.

What the fuck is goin on in this god damn world
What are you bitch : a boy or a girl?
I can't tell cause your shit on the sides is gone
You remind me of that monkey lookin bitch Grace Jones
Fucked up is how you look to Willie D
I just gotta have a bitch that has more hair than me
Some try to cover up by weavin it through
You ain't foolin nobody
We know your bald headed too

Lesser blogs look to Nicky Clarke or Adee from The Salon for analysis on KanYe dating a bald bitch but here at The Martorialist we're handing over to the ever-reliable Willie D for his take on 'Yeezy tappin' the follicle-less femme Amber Rose :

On the subject of bald-headed-hoes, would it be bad karma to say that Jade is now eerily reminiscent of The Hood from Thunderbirds?

What does E-40 think about Jack marrying Jade? 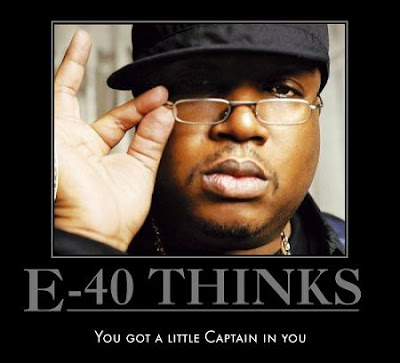 You have a woman's body and bottom, m'captain. I'll wager that sweet, round pair of peaches and hairless piglet brown-eye was used as target practice by Jamal from Brixton during your stay at Chelmsford Prison.
Posted by Kelvin Mack10zie at 09:23 No comments:

No nuts no glory

It's great to have Big Mike back, though whether Rick Ross is worthy of sharing a record with him is up for debate (also see : Cocaine by UGK ft. Rick Ross) but i digress.

Here at The Martorialist we're big fans of Willie D and consider his purple denim Witchfinder General outfit on the cover of We Can't Be Stopped one of the greatest ensembles ever but we truly love everything Big Mike, from his time in The Convicts with 3-2 to his classic solo work to, most importantly, the Big Mike incarnation of the Geto Boys circa the 'Til Death Do Us Part album and his solo track on there - No Nuts No Glory.

Geto Boys - No Nuts No Glory

And we're not the only ones as Geto Boys fanatic Beanie Sigel paid tribute to it on the first State Property album. Roc The Mic was the big single and all but this was the best track on there :

As classic as No Nuts No Glory is, it's really tempting to say that Beans slightly improved on the original here with No Glory, innit? At the very least he's rivaled it. It's all in the extra hazy horns and the "I'm so street like asphalt/I spit shit like my ass talk" line, chico.
Posted by Kelvin Mack10zie at 10:23 3 comments:

Email ThisBlogThis!Share to TwitterShare to FacebookShare to Pinterest
Labels: Cover versions which are better than the original, rap

Jon Gaunt used to end his now defunct daily Talksport show with a sickeningly Springurian message of positivity where he'd implore his listeners to hug their kids to show 'em that they love 'em. Now, you might think that Gaunt, an obesely pisspoor James Whale wannabe who was molested as a youngster, should mind his own fucking business with regards to other people's children but maybe he did have a point. 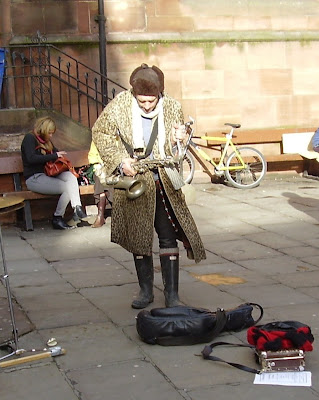 Because if you don't shower your offspring with the love they need to grow like a plant, god, then they might turn out pathetic twats who are so starved of attention that they'll spend adulthood wandering the streets with saxophones subjecting the general public to Kenny G-lite muzak in outfits which combine castoffs from the collected BBC wardrobe departments of Pat Butcher, Compo and Peter Cook as Richard III circa series one of Blackadder in a desperate plea to get people to notice them.

The Ushanka hat, possibly inspired by the KGB members who trail Rocky during the classic Russian Training Montage scene in Rocky 4, is less the icing on the cake and more the lard at the bottom of the Please-Notice-Me pan.

The only recorded examples of white devil pilgrims using saxophones to non-disasterous effect are : the last 3 songs on Fun House by The Stooges where Steve Mackay be blowin' like Maceo, Contort Yourself by James Chance & The Contortions and New York's Alright.. by Fear.
Posted by Kelvin Mack10zie at 11:33 1 comment:

I pull strings like guitar strings down in spain 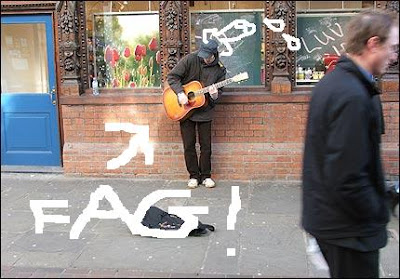 There are few things more despicable than white men with acoustic guitars. If it's not some busking flesh 'n' blood flotsam & jetsam belting out Wonderwall so loudly that it drowns out whatever song i'm listening to on my mp3 player as i saunter past them munching on one of those Gillian McKeith Hemp Seed Oil bars then it's being subjected to songs via the radio at work/in shops by emoting singer-songwriter skid stain on the boxer shorts of humanity ponces who shed hot-dog brine tinged tears as they gently strum their 6 stringed wooden instruments.

Al Green with an acoustic guitar, though, is a whole 'nother story :

But this other recent G. Mane song which doesn't sample Simply Beautiful and which features G-Side is even hotter as it's like what would have happened if UGK ever did a track with Nate Dogg :

This week on my blogosphere it's been all about recession-rappin' and reminiscing on old school jams so let's coalesce the two subjects in a bid to find the ultimate old school tune with the moniker of Hard Times about the plight of the average joe during an economic meltdown.

Is it Hard Times by Kurtis Blow?

Or is it Hard Times by Run Dmc?

Both songs share the same moniker and theme. Both artists are from Queens and were managed by Russell. Run even ghostwrote and djed for Kurtis under the handle of Son Of Kurtis Blow at one point.

The difference here is one is a classic example of pre-The Message/Planet Rock disco-rap from 1980 and the other typifies the stark, tuff drum machine sound from 1984 that Run Dmc themselves ushered in a year earlier with their classic debut double-headed single.

Back in issue 3 of the Beastie Boys' vanity magazine Grand Royal there was an article by Russell Simmins (member of the rawk group Jon Spencer Blues Explosion, rather than that Russell Simmons) about a mid-to-late seventies cable tv show James Brown had called Future Shock in the vein of Soul Train which sounded like the greatest thing ever with him captured during his PCD-ed out, semi-disco Body Heat period performing live in the studio and hosting a dance contest for young, gifted and black ATLiens to get on their good foot to various hit from the J.B and People Records catalogue.

Alas, any grainy fifth generation VHS tapes of it were out of reach for your boy and when I've checked Youtube in the past they only had dribs and drabs of it and not the full mythical dance contest the magazine article gushed about in detail until a bored Youtube search this snow-laden morning when listening to Cooky Puss revealed it in all its flamboyant glory :

This was filmed in JB's hometown of ATLanta for cable television so there's no way those kids could have ever have been exposed to the breakdancing which was going on in areas of NYC around the same time yet their boogieing is strangely similar, if altogether more theatrical. It's interesting that you had these two sets of young'n's from different regions of America with no connection whatsoever other than a love of the funk as well as the Crip-Walkers in L.A and the Northern Soul dancers in the UK all coming up with these bugged-out outrageous moves around the same time in the mid seventies which ushered in a whole new style of dancing that Michael Jackson and Prince would later adapt in the 80s. Now this is online for everyone to see can the Bronx 4 elementz pension-plan crew ease back with their claims of how breakdancing was this unique dance phenomenom which they invented, plz?
Posted by Kelvin Mack10zie at 11:24 2 comments:

Trina is NOT the Baddest Bitch

Though, i hasten to add that this and this will always get love here at The Martorialist.

I've had a thang for Kate O'Mara ever since she was in Dr Who and Dynasty (is that the most unlikely pairing on the cv of an actress in the history of tv?) when i was a shorty. Like Winehouse, she has a touch of dirty gypsy whore about her but on tv she usually played posh Cruella DeVille-ish bitches and, crucially, looked like one with her haughty sneer, vampish high-cheekbones and come-hither eyes. You could propose that she was a human version of Skeletor's bird Evil-Lyn, who many a seventies baby raised in the eighties will have lusted over during their misspent youth.

The last show i remember Kate in was Absolutely Fabulous but that feels like a lifetime ago and it would be polite to suggest that Kate could be described as positively archaic at this point, so when i heard she was in an episode of Doctors last year i watched it through my fingers on the iPlayer thinking she'd probably be looking like a cat's sphincter superglued onto a rotten rear by now. Yet, despite the fact she makes Mumm-Ra The Ever Living seem like someone Gary Glitter would pester, she hasn't really aged since about 1991 (Corey Feldman Syndrome) - she's still fit and i still find myself libidinous for her gypsy/witchy/bitchy charms. 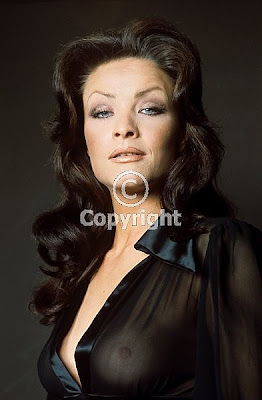