Obligatory wrap-up post of those songs I've played most during the month when Anthony "The Needledrip" Fantano earned himself a 2020 Oscar nomination.


Somebody in my comments recently suggested this is the G.O.A.T Field Mob song. I wouldn't quite go that far, but still everything's real in the Field because shit is a jam 4 real. It's kinda like Field Mob doing a KanYe West song and yet that's somehow not a bad thing in this instance. 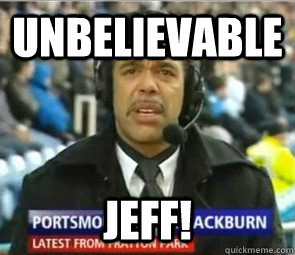 Why'd nobody skool me on this song before? And how was it not a single?
Posted by Kelvin Mack10zie at 18:40 21 comments:


J Hus wasn't lying when he said he played for the Gunners, eh? Ain't gonna lie, though, ya host wasn't expecting Hus & Burna Boy's latest collaboration to be the Afro Bashment equivalent of Giggs' Monsta Man. Instant anthem, albeit an instant anthem which summer 2019 was gaggin' for.

Hate to be a contrarian h8er boi but this new J Hus album ain't a patch on Common Sense. Maybe I'm being too picky? Alternatively, maybe you ain't being picky enough?

Email ThisBlogThis!Share to TwitterShare to FacebookShare to Pinterest
Labels: one 4 the Britz, R.I.P Dick Emery, roadrapfrobeats

"Like Kemo I get dippy if that scenery too iffy
But they know whassup, my brothers notorious like Biggie
Wig slippin, boy you trippin', I wouldn't leave the hoe with a hickey
You be hoppin' dick to dick, bitch, I wouldn't even let you kiss me"


Cold, grey January is always a good time to catch up on songs from the previous year innit? So cheers to The Boxxx Report for puttin' me onto this Pronto Spazzout song which is currently buzzing in Chicago. Its USP: a bolt of energy that's kinda like a Lil' Herb song ghostwritten by Jimmy Wopo.

Pronto Spazzout - the only Rap moniker which would also work as the name for a Grindcore band?


"THERE'S ONLY FIVE YEARS LEFT!" bellowed Busta Rhymes on Everything Remains Raw. Then we all finally got to party like it's 1999, the clock struck midnight, and... ain't a damn thing changed. This was particularly true in Rap because half the biggest anthems of 2000 were released in 1999: Black Rob's Whoa, Method Man & Redman's Y.O.U, Dr. Dre's The Next Episode, Crooklyn Clan's Be Faithful, Jay-Z & UGK's Big Pimpin', DMX's What's My Name and Party Up (Up In Here), Juvenile's U Understand, and Nelly's Country Grammar (Hot Shit).

What's a goon to a gobbling?


Hooray - my favourite song from Mic Terror's last EP now has a video. Hip hip hooray - the video lives up to Mic's "I love a pretty face, fat ass, and huge boobs" lyric.

It's a brand new decade, we need brand new attitudes, and brand new ways to stop superfluous dudes from turning every Rap video into a sausagefest. In with Eye Candy 4 The Lads, out with neighbourhood goons mean-muggin' the camera! Sing along with me, folks:

Email ThisBlogThis!Share to TwitterShare to FacebookShare to Pinterest
Labels: chicago, rap, Too Many Man Too Many Many Man!, youtube

Tragedy AKA Intelligent Hoodlum - The Rebel Returns
(From Marley Marl sessions; 1989/the internet; 2019)


There was me thinkin' I knew all the unreleased 1989 Intelligent Hoodlum tracks via old Westwood shows and those two EP's on DWG Records. Then I came across this sequel to The Rebel and was like "how have I never heard this before?" Turns out Westwood did play this in 1989, someone upped the audio of that to the internet in 2016, and someone else finally tracked down the test press 12" last year and ripped it. A smattering of lyrics on this one date back to the 1987 Super Kids era. Otherwise, it's sick-scientific Tragedy mispronouncing the Tasmanian Devil over a twangy loop of Cissy Strut.
Posted by Kelvin Mack10zie at 12:36 3 comments: 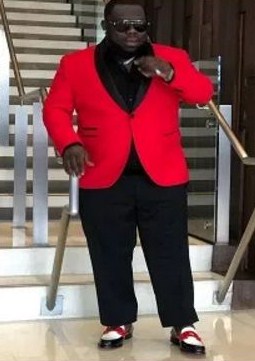 5th Ward Weebie ft. Wild Wayne & Trombone Shorty - Drop It How Ya Feel It
(From Soundcloud; 2018)


Let me find out that the internet is bullshitting with the news of 5th Ward Weebie's death. That man kept Bounce alive when Bounce had taken a dive, made music which sounded like Mardi Gras in Magnolia Projects, and was responsible for some of the only non-corny Real Instruments Rap™ of this past decade. Most importantly, Weebie owned the G.O.A.T Louisiana-sounding Louisiana Rap song:


Rest in peace lil' big man. I hope Heaven got more pop-up Seafood Gumbo restaurants you can open up with your royalties from Audrey's Nice For What.
Posted by Kelvin Mack10zie at 10:11 9 comments:

Black Steel In The Hour Of Lateness

"Have you ever thought of suicide
On a jail call when your mother cried
She ain't understand you had to ride
It was him or you, it was do or die"

Casanova - Jail Call
(From Behind These Scars album; 2019)


I got a letter from the government the other day, I opened and read it, it said I'm a sucka for sleepin' on Casanova's Jail Call. Pain music par excellence where Casanova turns down for what's the first introspective song of his career. Not so much Don't Get Caught, as Don't Do It If You Do Get Caught. Modern Blues and the most effective anti-porridge song since Mysonne's In Jail.

Never fear, though, because the next song on Casanova's album is a Brooklyn Shout-Rap version of Body Count's Talk Shit, Get Shot where Cas' threatens to pull up on people who've trolled his Instagram.
Posted by Kelvin Mack10zie at 12:38 7 comments:

Eatem: he looks like Percy Tragedy and makes regionally distinct rowdiness in the spirit of Treal Lee. This new song's pressure, but with only one verse it makes a better B-side to Spent It All than a single in its own right.


Where's my true Paid In Full fans at? I'm talkin' people who copped the O.G bootleg DVD from Canal Street in 2002 with the scene set to Special Ed's I Got It Made which was later overdubbed with Jaz B. Lat'n's era-inappropriate Set It Off for the official movie. Lord knows why they changed it because I Got It Made was on disc one of the soundtrack.
Posted by Kelvin Mack10zie at 12:21 2 comments:


The year was 1990, I was in my 2nd year of high school, Round The Twist was my fave show on TV, Vanilla Ice's Ice Ice Baby was thee shit to me initially, and I loved FNM as much as N.W.A. Plz believe ya host was livin' that Hardcore Hip-Hop lifestyle, though: stealing Posca pens from Partners and tagging up provincial carparks, buying a pair of snow-camo trousers in a misguided attempt to dress like the S1Ws, paying a neighbour to record me Yo! MTV Raps off BSB, and accidentally making a Jehovah's Witness girl cry by playing Silver Bullet's 20 Seconds To Comply on our high school common room's tape-deck.

James Brown samples and Ultimate Breaks & Beats staples were starting to recede as new styles and sounds were beginning to fully blossom, but 1990 Rap was still funkier than Rab C. Nesbitt. And so, in no particular order, here's 30 Legit Jams™ from 30 years ago. Some were faves at the time, others I've discovered in the years since, all of them are absolute choonz.

Email ThisBlogThis!Share to TwitterShare to FacebookShare to Pinterest
Labels: awards, Favourites from the flicks, rap, Samantha Mathis in 1990

For Smif-N-Wessun to get one of their very best songs effectively shut down by sample clearance was standard practice, to get two was plain bad luck: first there was Nothing Move But The Money in 1995, and then Super Brooklyn in 2000 after their rebrand as the Cocoa Brovaz. In a perfect world Dru-Ha got the Super Mario Brothers samples cleared and Super Brooklyn went on to be the biggest Boot Camp Clik single since Leflaur Leflah Eshkoshka. G.O.A.T video-game sample song? Possibly. The only Boot Camp Clik song Peter Crouch could do The Robot to? Definitely.


"I'm a Brooklyn survivor
These streets is hotter than lava
Yo, that saliva burn you like fire"