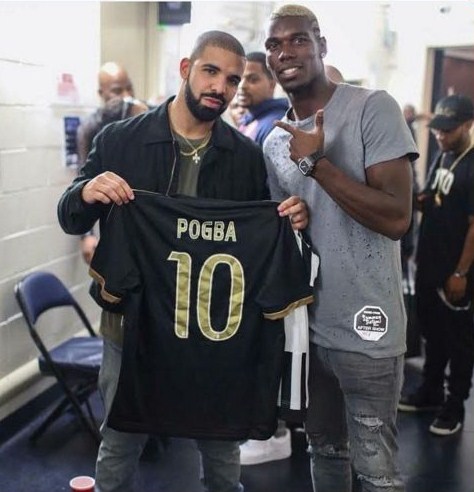 
Bizzie Boyz - Crazy Hard! (1988/2011)
Pete Rock - Street Dreams (Instrumental) (1996/2019)
Rich Blue - Kikan (2019)
Hit-Boy & SOB X RBE - Family Not A Group (2019)
Hoyt Axton - Telephone Booth (Ole Smokey Edit) (1974/2016)
Other notables: not technically a song, but I've been jammin' J Hus' Daily Duppy freestyle too ("big bunda, she in the Bundesliga"); that Children's Story demo from the deluxe reissue of Slick Rick's debut album is more like a Ruler's Back-era sequel where Rick only had time to write one verse; props to ANU for finding the first notable Baby Soulja song since Dirty; Doe Boy's Walk Down is 2019's first entry in Boyz-N-The-Hood-core canon; didn't like anything on that new Rico Nasty EP meself.
Posted by Kelvin Mack10zie at 19:07 14 comments:


1. It includes the instrumental of Pete Rock's unofficial remix of Nas & R. Kelly's Street Dreams remix. The nonce's hook sounded like a tomtit-on-a-round-of-beef over Pete's beat so Street Dreams works better as an instrumental. Might work even better still with AZ visualin' some sage Schweppervesence street ghetto essence over it, mind.


2. It also includes this track which is just beggin' for someone to bless it. Pete and Max B already have chemistry together so Pete should slide Food 4 Thought to the side until Max gets outta the slammer. Biggavelz could transform this one into some transcendental waviness by reflecting on his years wasted in prison, and it'd keep his post-prison music grounded before he inevitably ends up doing generic Auto-Tune shit featuring A Boogie Wit Da Hoodie.

You, a square: pontificating about the predictability of Tyga hopping aboard 2019's Cowboy-Rap stagecoach.

Me, a connoisseur: listening to Soundcloud edits of deep cut gems by the old Country singer who played Billy's dad in Gremlins.


In a perfect world this Telephone Booth edit woulda been featured on the same Ultimate Breaks & Beats album as Bad Bascomb's Black Grass. Shit is funkier than Al Swearengen's piles.
Posted by Kelvin Mack10zie at 12:02 5 comments:

Email ThisBlogThis!Share to TwitterShare to FacebookShare to Pinterest
Labels: Favourites from the flicks, not-rap, rap

Well, this explains why Uptown's-Mr-Outta-Town A-Mafia hasn't dropped any new songs in the last 4 years - he's been too busy movin' mountains of beak in the outskirt cities of New York state. Doesn't seem likely we'll ever get any new music from the G.O.A.T Harlem henchman rapper again, so here's a re-up of my best of A-Mafia Audiomack playlist. 24 tracks dating back to the Purple City mixtapes in 2003 right up to his last song in 2015.

Shoes up, who's down for my top ten Rap tunes of 2019 so far? It's hard out here for ya host when I'm hearing casual Drakeisms creeping into all manner of Rap, and even harder when so much current Rap production doesn't fulfill its basic requirement of knocking. Thus, I ain't even exaggerating when I say that I'm treating every song in this list as a minor-miracle.

Email ThisBlogThis!Share to TwitterShare to FacebookShare to Pinterest
Labels: awards, Favourites from the flicks, rap


There was never a studio version of Biggie's live performance of Me & My Bitch over Computer Love from The Show so some intrepid soul put his own bedroom blend-job together. I shoulda pressed this up on 12" for 2019 Record Store Day today, advertised it as an unreleased Bad Boy remix from 1995, sold the 12"s for £60 a pop, and watched that boutique vinylz collector sucka cash come rollin' in.

Email ThisBlogThis!Share to TwitterShare to FacebookShare to Pinterest
Labels: brooklyn, N.Y.C, one 4 the world

Late pass! Dance to the Ski-Beatz

"Yeah, I stole the money that ya grandmother sent ya
She tried to get it back, I punched in her dentures"


Now, this is a proper banger - the I'm Bad of North Carolina. Say what, you don't believe me? Yo, Scout's honour. Makes zero sense that Crazy Hard! and Brainstorm got shelved back in 1988 because they're probably the best songs the Bizzie Boyz ever recorded. Presumably the M.C Willski-era Ski of Crazy Hard was just too ig'nant for Payroll Records in '88?


"Yeah I know ya brother, I called him a punk
Had a gun to my head and I was still talkin' junk"
Posted by Kelvin Mack10zie at 20:09 3 comments:

In the Soviets we drink vodka, brah!


Maniacal Detroit stream-of-consciousness shit by the Hands Hands guy. Been waitin' on this song for the proverbial hot minute and now it's here I can't decide if it's gas or ass - maybe both? (In the Soviets, song waits for you, brah!) I guess you've gotta take the bona fide quotables with the brain-queefs.
Posted by Kelvin Mack10zie at 09:36 2 comments:

Ayo yo, you can't stand right here, April 20th is gonna be ya man's worst nightmare. Why? Because the internet is gonna be awash with Operation Doomsday 20th anniversary articles by those corny Indie fux who hold the tragic opinion that Madvillainy is DOOM's masterpiece. Obviously it's now or never like Tela, and I ain't tryna suck the life outta your P4K pitch idea like Bauhaus' muse Bela, but please refrain from writing anything if you've ever worn a straw hat like Dana Dane's Cinderfella.

Not that the obscurist Rap contrarians who prefer the sloppy O.G 12" mixes of Hey!, Go With The Flow et al to the perfecto Operation Doomsday re-recordings aren't equally annoying as #Madvillianhive, mind. Shakedowns, lockdowns, and wet dreams of Mrs Brown for the lot of you.