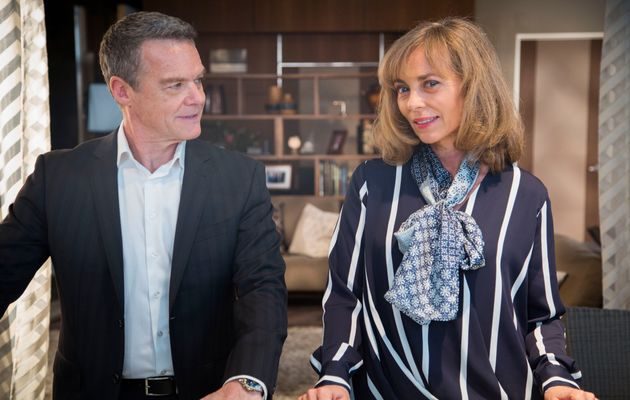 Obligatory wrap-up post of those songs I've played most during the month when Luka Modrić won the Ballon d'Or and then turned up in Neighbours.

Other notables: Atlanta was by far the best of the 3 new songs on 70th Street Carlos' 777 album thingy; DaBoii's Back On My Shit would make a good B-side to Onna Gang; J. Stalin is now the Vice-era Gavin McInnes of Rap; LOL @ Fat Tone's daughter ripping Yung Cat; I was gonna peep that new The-Dream triple album people are saying is a return to form until I saw a song called Super Soaker and just couldn't bring myself to press play.

Styles By The 'Gram Part 3

Forgive them, Father, for they have Peter Panned on your turf:

On the other hand, no song can possibly live up to this teaser video.
Posted by Kelvin Mack10zie at 11:21 2 comments:

The Rich Blue song I'm waitin' for now has an even better teaser video that's a genuine world's are colliding moment. In Westminster one drinks tea or gin, brah.


Lucy In The Sky With Diana™
Day UKIPper
(Send 'Em) Back To The U.S.S.R
Magical Mystery Tour Of Afghanistan By Our Brave Lads In The Forces
EDLeanor Rigby (ft. guest drums by Lee Rigby)

"Ain't no beefin', I got bread let's make a sandwich
We got gon' slang them bitches 'til the last man standin'"


Twist that wig like Kermit's crew, it's my favourite of the new songs on 777. But what's the deal with Ding Dong being on the album when it was already on last year's Bang 2 EP? Shoulda given the best Carlos loosie of 2017 a second wind instead:


"Leave a n*gga with holes in his body like a hamper
Bitch, I be in that wood like I'm a camper"


The major criticism of 777 is that Alamo Records fucked up and put the quiet-arse unmastered version of Do That on there. Mr Bassman must have been on vacation that day, but never fear because you can find the proper version that's thick like Mississippi mud on my Carlos loosies playlist.
Posted by Kelvin Mack10zie at 12:10 4 comments:

Email ThisBlogThis!Share to TwitterShare to FacebookShare to Pinterest
Labels: #TeamBagItUp, Baton Rouge, rap, why you wanna do that luv huh?

A new series dedicated to various 4 elementz survivalists polluting t'internet who make Dart Adams seem like one of the DGB guys. For doz who've slept, allow me to introduce A.C The Program Director.

Who dat: Wee Man from Jackass-looking L.A troglodyte who KRS One kicked out of the Temple Of Hip Hop for being too insane. A.C suffered some sort of severe head injury in the early 90s which somewhat explains his retardation.

Greatest quotes: "When 2Pac died I said to the homies ‘let's go get Ice Cube!!’"

Notable opinionz: insisting race doesn't exist; declaring that Dooley O is this century's best rapper; claiming a club night is "not a real hip hop jam" if the DJ plays songs people already know; opining that producers aren't real unless they can indulge in an impromptu beatbox battle.

Claims to fame: calling up Jay-Z on The Wake Up Show and telling him he needs to "try harder"; making those REAL HIP HOP IS NOT ON THE RADIO t-shirts DJ Premier wears; bragging that he sleeps on top of his record crates; spamming the Unkut.com comment section for years.

Other eccentricities: thinks everyone should drive solar power cars; possible owner of the world's largest collection of 3/4 length cargo shorts.
Posted by Kelvin Mack10zie at 19:11 22 comments:

Who saw this coming? Certainly not the girl Kool A.D raped when she was sleeping.

Das Racist, Yung Gleesh, Antwon, RiFF RaFF... Is there a single rapper Brendan Soderberg used to Stan for in 2011/2012 who hasn't been accused of sexual assault?
Posted by Kelvin Mack10zie at 20:49 11 comments:

Email ThisBlogThis!Share to TwitterShare to FacebookShare to Pinterest
Labels: dead perez, i can smell a lie like a fart in a car, rap


Bet you ain't never heard the Cuffin' Flippas beat in its full glory before. Me either, tbf.

The Bout It Bout It of Beserker-Bounce™ or wot? Bitch, we in that swamp water like Will Wheaton. Shout out to Whop Bezzy's "I got cheese in my pocket like between my toes" line, but the first song WNC ever recorded with Trel Itz A Hit back in early 2016 knocks harder as an instrumental dunnit?

2018: the year MC Serch claimed he almost had Necro & Ill Bill shoot MC Hammer on the set of the final episode of YO! MTV Raps. YOUR FUTURE IS MORBIDITY for real?

All I wanted was an anthem, just one world-conquering anthem in the vein of Flex (Ooh, Ooh, Ooh) and 2018 wouldn't give it me. Much like 2009, 2018 turned out to be one of those years where most of the good Rap happened off-centre or in the margins. That's my diplomatic way of saying ZZZZZ @ this year's BIG hits by Drake, Post Malone, Juice WRLD, Lil' Pump, 6ix9once, Travis Scott, Migos, XXXtentacion, and Lil' Baby & Gunna. Please believe that doesn't mean I've spent 2018 listening to Joe Budden gossip podcast Rap or Faux Marciano limited vinylz Rap, though, because both lanes are equally as ZZZZZ to me as the aforementioned BIG hits.

In no particular order of preference and with the usual one song per artist rule, all I love iz these:

Barely paid attention to new non-Rap in 2018 so it ain't worth me doing a separate post of my favourite jams. The highlight of Other Music™ in 2018 was obviously the G.O.A.T Guns 'N Roses song finally getting blessed with a video, but there were also a handful of other non-Rap songs that I love like frumpy music critics love sweaters with stretched neckholes:

Egyptian Lover has a new album out! 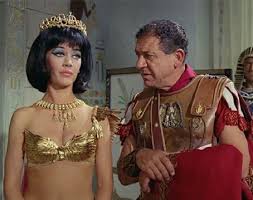 Sod a camel, Cleopatra coulda shook an ass or charmed a snake to this one:


My face when I realised this was just an interlude and not a full song, though:

Email ThisBlogThis!Share to TwitterShare to FacebookShare to Pinterest
Labels: Electro, Favourites from the flicks, L.A, rap, the 808 State is Egypt

Bonus beats: Trophy was such a (space) jam. Still is, in fact.

.... That was my main thought when I heard the mythical O.G Dr. Dre solo version of California Love which someone finally leaked the other day. Thank you based Suge or wot?


Word around town, Suge let Dre leave to form Aftermath so Death Row wouldn't have to suffer the indignity of releasing an album called New World Odor.
Posted by Kelvin Mack10zie at 21:11 9 comments:

Updated my Grip Plyaz playlist with a song I'd previously slept on. Shit's called Big Ballin', it comes from his 2008 album Grip Hop album, and it's a saucy sitar joint on some Bud Bud Ding Dong type isht. Pardon the #problematicness, but that's the sort of pun you might have heard in a Grip Plyaz song innit?


"I round you up like some cattle when I wrangle
And put my nuts up in your mouth so they can dangle "
Posted by Kelvin Mack10zie at 18:56 3 comments:

Rock 'em out the 'boxxx

"I know these guys heard of Rock & Roll, but did you guys ever hear of Rock & Cock?"


On one hand, all the "I'm not a Rapper, I'm a Rock star!" Rappers in their crappy Metallica t-shirts deserve to be mocked and catapulted into moshpits at Brazilian Grindcore shows. On the other hand, all the best Rock songs of 2018 #actually do belong to Rappers: Rico Nasty's Smack A Bitch, Kreayshawn's Not My Job, Lil' Peep's Cry Alone, and this recent single by former Beastie baby-Boy Juiceboxxx.

Juiceboxxx - Ripping Up My Soul
(From Never Surrender Forever EP; 2018)