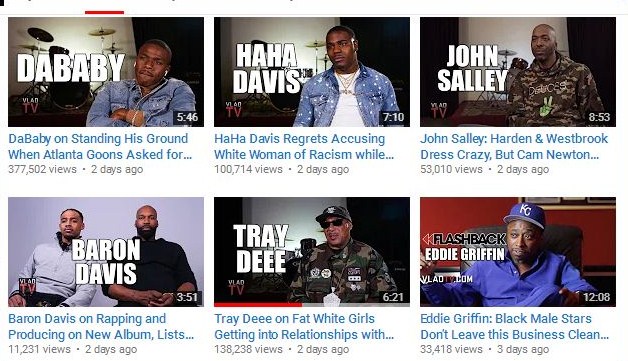 Obligatory wrap-up post of those songs I've played most during the month when the VladTV wardrobe department must have had a clothing shortage.


2010's Detroit street Rap: a scene where Newcleus are more influential than Nas. Prefer this 2017 Pablo Skywalkin single to Cash Kidd's 2018 Jam On It interpolation, meself. Aside from a Zorbas here, a Planet Of The Apes there, or a LLYGMISTA everywhere, this current wave of Detroit street Rap still makes the most sense to my ears when it goes jackin' for beats from decades past/parts elsewhere.

All of which is a convoluted way of saying I ain't feelin' the production on Sada Baby's Bartier Bounty album apart from a couple of last year's singles. Can't fault a city for having its own default sound, but I can fault the default sound for being merely functional rather than function music.
Posted by Kelvin Mack10zie at 15:38 9 comments:

Sounds like Carlos' best song since Wake Me Up, right? I don't even like Sauce Walka usually but this is on my most anticipated songs of early 2019 list alongside this Rich Blue shit and that Eat Em shit.
Posted by Kelvin Mack10zie at 19:48 3 comments:

Peep what Step "Plug" One found on a tape of a 2002 Westwood show: a remix of Oh Boy featuring a new Cam'Ron verse and 2 verses by some Philly duo called Ted Dibiase & Frank Muller who went by the name of The Feds/Fedz (nope, us neither.) Step asked Just Blaze if it's official or nah, and he reckons it must be some "fake DJ trickery" because he'd never heard it before, so who knows? Whatever the case may be, it's a Cam verse I've never heard elsewhere, and Step's right about it being a way better flip than the Oh Girl remix with those annoying half-arsed "GIIIRRL" vox every 7 seconds.
Posted by Kelvin Mack10zie at 12:21 6 comments:

A new series dedicated to various 4 elementz survivalists polluting t'internet who make Dart Adams seem like one of the DGB guys. For doz who've slept, allow me to introduce Wicked22.

Who dat: quintessential REAL HIP HOP retard who looks like tubby Scott Storch if he were an extra in Dilated Peoples' Worst Comes To Worst video. Wicked22 is known for bragging he has a mammoth 'vinyls' collection, yet appears to have no more than 500 records maximum in the myriad of pictures he carpet bombs the internet with.

Greatest quotes: "For all you br0s asking if Black Jeff and Asian Jeff are my only ethnic friends, here's a spreadsheet which breaks down the races of the 37 people I count as actual close friends. These are the people who I would wish a happy birthday to and people who I'd help out if they needed my help. Those 37 friends are people who I pretty regularly keep in touch with, 12-15 of which I semi-regularly see and hangout with."

Notable opinionz: doesn't so much have opinions as a handful of stockphrases he's been repeating ad nauseam for the last 15 years. Where A.C The Program Director's parochial backwardness can be explained by the head injury he suffered in the 90's, Wicked's myopic palilalia is the sewage pipe through which his Asperger's flows.

Remember my playlist of legit jams from decades past which were officially unreleased until they finally saw the proper light of day during the 2010's? Shit's just been updated with a funky little 1988 Bizzie Boyz song which flew under my radar when it dropped in 2011 (The Bizzie Boyz being Ski Beatz's first Rap group from North Carolina, mainly known for Droppin' It which appeared on Ego Trip's The Big Playback compilation.) Shout out to BudBundy1978 and DaBaby, North Carolina is in this bitch.

Cheers to BigSleep for Zippyshare hook up.
Posted by Kelvin Mack10zie at 12:44 2 comments: 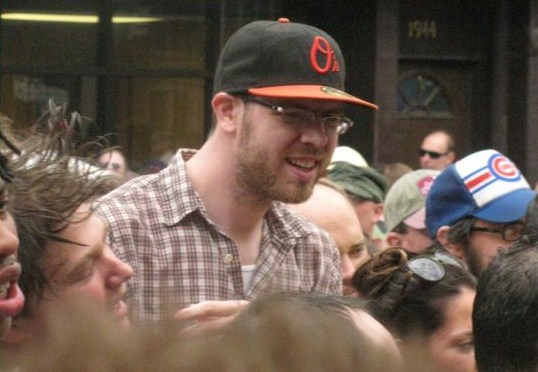 The finale of this cheap nostalgia-fest. 30 Legit Jams™ from the year of the Gucci Mane blog post comment section wars. Bit of an anticlimax after the 1989 and 1999 lists, but a not half bad if you're willing to accept that 80% of everything good in 2009 was now on the internet or from some obscure independent album.


You knew this was comin' after the recent favourite Rap songs of 1989 list, right? 30 Legit Jams™ from the year when da machinez didn't all implode at the stroke of midnight on december 31st.

'99 is also notable for being the year when the absolute worst Rap song of all time dropped. What's more horrific: the sight of 2 birds drinking scat in 2 Girls, 1 Cup, or the sound of Mos Def doing his dibba-dibba-dinosaur scat-singing on Umi Says? (FYI, I never watched 2 Girls, 1 Cup meself. I did, however, watch the Bun B reaction video.)
Posted by Kelvin Mack10zie at 09:23 18 comments:

Turns out Queen Key's Ha wasn't the final frontier of Chicago sub-bass, that'd be her new single Ratchett. Alas, that isn't a compliment this time around because the low-end on Ratchett sounds like it was mixed & mastered by the ghost of Helen Keller. True story: if you slap Ratchett through a proper pair of speakers you'll suffer the same fate as Lost Boy Dwayne.

Email ThisBlogThis!Share to TwitterShare to FacebookShare to Pinterest
Labels: chicago, Favourites from the flicks, rap, why you wanna do that luv huh?


It's 2019, do you know what that mean? It's now a decade since the YouTube video of Treal Lee & Prince Rick dancing to Get Off Me Now with Mr. Hit Dat Hoe in their Dallas neighbourhood was uploaded. Word around town, this video is so HIP HOP that it cured Kool Herc's kidney stones - well, that's what Herc told his sister after all the donations from the PayPal account she set up mysteriously disappeared and his kidney stones miraculously cleared up overnight. Not tryna suggest that Kool Herc is a dishonest motherfucker, but when he played Liverpool back in 2000 he pretended to be doing the beat-juggling on Fusion Beats Vol. 2 himself.


Anyhoo, it's a bit unfair that Treal Lee & Prince Rick are only remembered for Throwed Off (Fuck Everybody) innit? Here at The Martorialist we've gotta lorra lorra love for their ode to Mr. Hit That Hoe, Shoes Up, and Transform. Treal Lee & Prince Rick actually had a nice little run of songs between 2009 - 2012, but it's probably not a coincidence that they fell off after they switched from Levi's to True Religion - you can't be Dallas cowboys if you've got some homme Eurotrash jeans hanging off your arses, lads.
Posted by Kelvin Mack10zie at 08:59 6 comments:

Always thought the grainy black & white Fresh Records press releases were the only photographic evidence of late '80's Craig Mack in his O.G Rap incarnation as MC EZ, so colour me surprised to find some multi-shade flava for ya eye. Yung Mack wearing what look like Troop high-tops circa the MC EZ & Troup era: 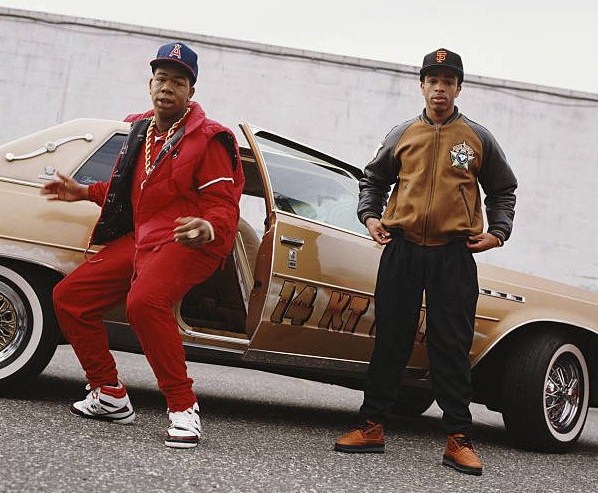 Bonus beats: Mack's Please Listen To My Demo remake has so much more pathos than the EPMD O.G. Erick & Parrish kept it philosophical like the Greek man Plato, but Mack made it spiritual/educational like the German word Bildungsroman.

I Got That Work Husband

"And her lil' juvenile 'll set it off behind her
And her sugar daddy buy her nothin' but designer
But her main n*gga, he the real shiner
He the Birdman, he a real Big Tymer"


1989: the number, another summer, the sound of Funky Drummer & other James Brown breaks becoming less prevalent. 30 Legit Jams™ from the year of ya host's personal favorite James Bond movie.