Obligatory wrap-up post of those songs I've played most during the month when Scott Walker died before he could drop his song with 70th Street Carlos. Really doe, a sincere R.I.P to Ranking Roger from The Beat.

Who shot Phats & Small? If we don't get 'em they gon' get us all

It's bigger than HIP HOP HIP HOP today. As Canibus nearly once said, Stardust's Music Sounds Better With You was the most overrated song I've ever heard in my life because the greatest Filter-House choon of all time dropped on March 29th 1999:


Officially 20 years old today this tune. If FACT Mag doesn't drop an oral history of Turn Around anniversary article in the next 24 hours then they're the police.. actual FACT! Remember dem dayz when Britain could waltz right into continental Europe and snatch a sub-genre from right under Johnny Foreigner's nose? Turn Around is Nigel Farage's utopian Brexit in audio form innit.
Posted by Kelvin Mack10zie at 12:24 4 comments:

Email ThisBlogThis!Share to TwitterShare to FacebookShare to Pinterest
Labels: not rap, one 4 the Britz, one 4 the world

Shout out to Karate Joe


Have a load of Hong Kong TREEey here on my favourite sing-sang song by him in yonks. I got crazy visions for the video, BOOM: it's TREE sittin' in a rocking chair on a porch while The Wongs from The Wanderers and the Ruff Ryders roster circa 2000 indulge in some Kung Fu fighting on TREE's lawn. Obviously the video would be the trailer for a spin-off movie called Enter The Drag-On.
Posted by Kelvin Mack10zie at 13:09 2 comments: 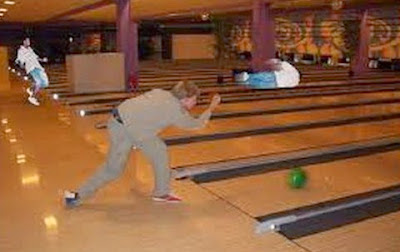 If you know me then you'll already know that I'm constantly dipping back into the past like Rodney in Goodnight Sweetheart. Thus, here's a playlist of my favourite new-to-me discoveries of 2019 so far. Has somebody farted? No, this playlist is just THE shit. 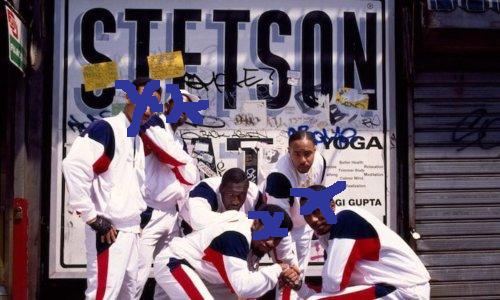 In lieu of the news that only 2 members of Stetsasonic turned up to their live show at the Jazz Cafe in London last night (and neither of them were Daddy-O), here's some hypothetical nightmare live Rap shows which probably will happen one day because most rappers are lazy scam-artists.

Eric B. & Rakim.. but it's just Eric B with Rakim-soundalike The Wizard Of Rap, and the show is a front-to-back performance of Eric's shitty R&B solo album.

Capone-N-Noreaga.. but it's actually their weed carriers Musaliny-N-Maze performing their C-grade 2001 Neptunes single 10 times in a row.

Brand Nubian.. but only Lord Jamar turns up and he's got DJ Vlad with him instead of DJ Alamo. After Jamar's performed Dance To My Ministry he spends the rest of the show complaining to Vlad about teh gays and Young Thug's skirt.

3rd Bass.. but it's MC Serch with Michael Rappaport.

MF DOOM.. but it's actually Dart Adams in a DOOM mask and he spends the entire duration of the show ranting about how he's the only person alive who knows the correct U.S release dates for 80's video games.

Slaughterhouse.. but you thought it was a Royca Da 5'9 solo show, so now you have to watch Joe fucking Budden & the other 2 useless bums perform live because you've paid £18 and you at least wanna hear Royce play Boom.
Posted by Kelvin Mack10zie at 13:24 10 comments:

"These bitches ain't got no finesse in they bones, I been the best in my zone"


Round of applause for Queen Key & ChaseTheMoney. Fuck what you heard previously, they've fixed the distorted bass on this joint so it's now possible to bump that shit without causing cracks in your nearest windows.

Potholes In My Pwn 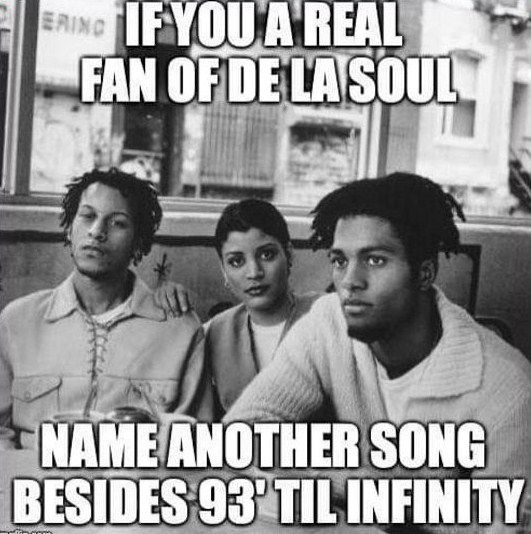 Champagne On The Bloc


Some folks say BlocBoy JB looks like a BTEC Paul Pogba, here at The Martorialist we say BlocBoy JB's new single has a beat like Paul PogBLAP! While the man from Memphis' chapstick-flappin' here is cool enough, it's the FreshDuzIt backing-track that taxis House Party for takeoff.
Posted by Kelvin Mack10zie at 19:30 1 comment:


Take a picture, it'll last almost as long as it's taken me to snag the lesser-heard CDQ version of Max B's Take A Flick - a ByrdGang-era Biggavelz song which didn't leak until 2013. In an ideal world this shit woulda been the B-side to Why You Do That, and both songs back-to-back on the same single woulda been New York's last great double-sided Rap 12".

24 volumes of Max's Library Of A Legend and they somehow missed Take A Flick? Owww the humanity.
Posted by Kelvin Mack10zie at 19:12 14 comments:

"Aye, big stick on me
Big money cut his tongue, put a lick on him
Speak my name, bring the flame, put a flick on him
Trap star, that's a bar, put a brick on him"


2019 fanmade video for a 2018 track which doesn't have an official video but really should do. Some ersatz-Bay slap from L.A which keeps shit effortlessly simple.
Posted by Kelvin Mack10zie at 11:12 2 comments:

For Doz Who Homaged?

"Sucker M.C with pockets so empty
Don't you know that a battle doesn't tempt me?
You talk smack but you & I know
You're on the first row at a Bizzie Boyz show"


Was it some sort of arch in-joke that Black Sheep recorded a song called For Doz That Slept when their first album sounds it was lowkey inspired by the Bizzie Boyz' For Those Who Slept? Probably accidental, yet weirdly coincidental.

The Bizzie Boyz era of Ski Beatz' career seems to be almost entirely forgotten nowadays despite the fact he was producing/rhyming solo on legit jams™ as far back as 1987. Maybe it's a form of punishment for For Doz Who Dabbled In Hip House?
Posted by Kelvin Mack10zie at 14:06 4 comments: 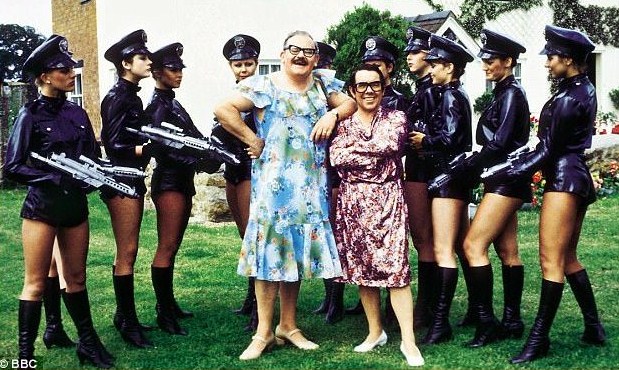 We don't know much about chemistry here at The Martorialist, but we're not half bad on biology, tbf. Celebrate the lasses this #InternationalWomensDay with a list of ya host's favourite Rap songs of the 2010's by da ladeez.

A guide on how to navigate hearing Michael Jackson's music in public post-Leaving Neverland noncetroversy. Read on to find out if you can still do the Thriller zombie dance at your local pub's next Halloween party without fear of getting bottled. 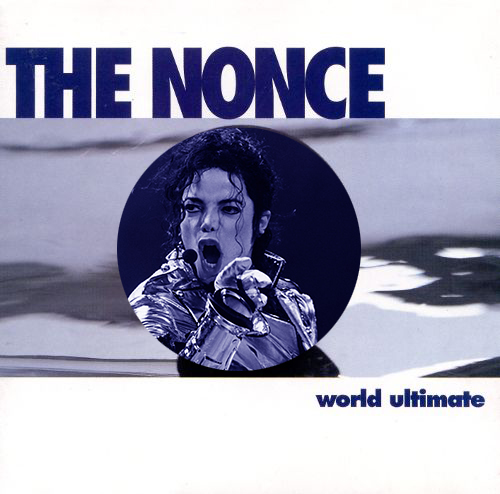 * P.Y.T aside, anything up to Thriller is socially acceptable because Pop's #Problematic Fave™ probably wasn't fiddling kids at that point. Thus, you can still dance to owt from Off The Wall, and it's still okay to shake a leg to all the Jackson 5's choonz (except for ABC because it's now the most played-out bait DJ tune of all time.)

* Any of the good songs from Bad can still be enjoyed within the privacy of your own home, but you're on shaky ground enjoying them in public because the (Jonathan) King Of Pop™ was clearly a serial pederast by 1987. Note: if you do still bump anything from Bad for your own pleasure this means you can no longer watch The Lost Boys in good conscience because Jackson had already bummed Corey Feldman and Corey Haim by that point.

* Anything after Bad is 100% No Play Zone territory. Partially because Mickey Mars Bar Jackson was in raging nonce-mode by that point, but mainly because his post-80s music was utter shite. I'm not saying bad taste in music is a crime on a par with paedophilia, but anyone who actually enjoys Earth Song or We Are Not Alone probably deserves chemical castration.
Posted by Kelvin Mack10zie at 09:26 23 comments:

Email ThisBlogThis!Share to TwitterShare to FacebookShare to Pinterest
Labels: I'm not a poptimist BUT..., not-rap, why you wanna do that luv huh?

R.I.P Keith Flint from The Prodigy 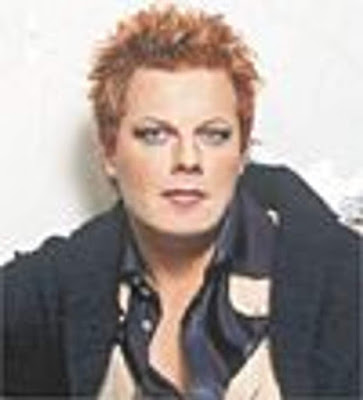 Born Slippy was a Helluva song.

Never forget the angry Ravers who bought Prodigy's Return Of The Mac CD thinking it was a new album by The Prodigy.
Posted by Kelvin Mack10zie at 12:27 4 comments:

The Rap career don't end if ya eyes don't close

Fuck the world, what happened to Ezale? He ain't released any new music since 2016, ain't posted on Twitter since 2017, and ain't updated his Instagram since 2018. Is the Pol Pot of pillpopping on an extended holiday in Cambodia? Or did he ditch the drugs and join an Orange County straight edge cult? Or has he simply bored of #BringingThisTownShitBack? Hope it ain't the third option because there are still classic Larry Smith instrumentals he could potentially reanimate.