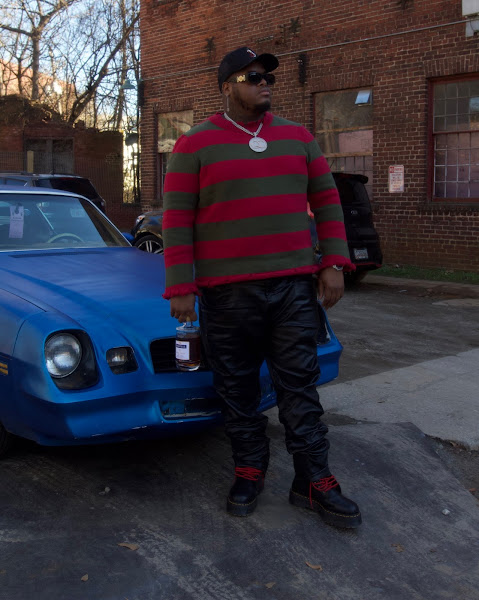 Obligatory wrap-up post of those songs I've played most during the month when Duke Deuce took a menswear turn for the worse by wearing a pair of Doc Marten books. Ban all crusty-punk clobber from Rap music IMHO.

Other notables: and speaking of Duke Deuce, I Ain't Worried Bout It makes an alright B-side to the almighty WTF!.

"Baby take this L on the chin, 'Clef
Who got Vallejo crackin' again? Nef"


And who got Nef slappin' again? Fresh. That's not technically true since this is a DJ Fresh and DJ Chaz co-production, and last year's ABC registered a 707 on the Slap-O-Meter, but let's not get bogged down with details eh? It's a Romper innit. In fact, it's a Romp Tremendo.

Ain't gonna lie, I was bitterly disappointed my NorCal Rap/Strictly Come Dancing puns went flatinum. C'est la vie, I never got the chance to use Studio Tonioli.
Posted by Kelvin Mack10zie at 11:52 4 comments:


The boys from the Walthamstow roofer's choir still singing shit like Nate, this song stays ringing out on Christmas day.

If there's a glaring omission from my 101 best non-Rap singles of the 1990s list then it's Britain's last great Christmas song here. Tony Mortimer pulling strings like Phil Spector, Brian Harvey as the missing link between Aaron Hall and Aled Jones, Terry Coldwell in Kool Moe Dee's Star Trek shades looking like an 80s B-Boy graffiti character, and the other lad whose name nobody can remember givin' it large with R&B hands of death. Okay, so it's #actually a pop precursor to Z-Ro & Trae's 1 Night with added church bells and a video which resembles the snow globe in Citizen Kane, but it kept Mariah Carey's All I Want For Christmas Is You off the top of the U.K Top 40 singles chart in 1994. A Yuletide masterpiece which should be sung at Midnight Mass across the world.

From puffa jackets to jacket potatoes, the life of Brian Harvey. Fair play, though - my man was the British Bud "Grandmaster B" Bundy but he still cuffed Daniella Westbrook when she was fit. 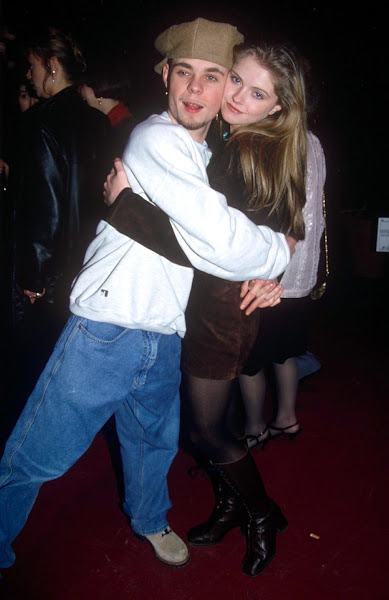 Email ThisBlogThis!Share to TwitterShare to FacebookShare to Pinterest
Labels: Merry Xmas, not-rap, one 4 the Britz

I'm a Blue Tits man, myself


For doz who thought Sandman was a one trick Pony, have a load of Homeboy's ark. Hold ya Horses before you hold ya head because the Cat is outta the bag with this one. To paraphrase some Fish-outta-water blogger, the Elephant in the room is that Homeboy Sandman is Rammellzee if he were born in 1980 and had emerged at the polar bear's toenails of the Fondle 'Em era, and it really gets my Goat when folk don't realise this. Used to feel I was on a wild Goose chase looking for jams from Sandman, but he's frequently been the Dog's bollocks these past two years.
Posted by Kelvin Mack10zie at 00:30 10 comments:

I play with the stick, violin

"Bottles of Champagne, some shots, a few beers
I treat my dogs better than white people do theirs
I'm in a drop like a tear
But the engine sound like a pick-up
My roof can do a sit up
These hoes come outta nowhere like the hiccups"


Hat tip to Fred for recommending this Bruiser Wolf album. So, Wolf is Danny Brown's sidekick and his musical M.O is that he's Suga Free in a Carhartt Duck chore jacket rather than a Cavalli 3/4 length Mink coat? I can dig that like Ben Byron's dog. It's a cold world and we could all do with more rappers bearing warm clobber. Gotta appreciate the #OutfitSynergy of Bruiser wearing a Superstar tracksuit in a song where he says "sold more white lines than Adidas." Pity the Superstar trackies have been shitty quality since 2017 when Adidas switched to cheaper materials and added the stupid white piping from the armpit to the collar. Holla if ya hear me, AthleisurewearHive.

Also very necessary is Bruiser's tragicom song about his mum being a baghead. Tears of sadness and laughter at the SAME DAMN TIME like the end of Planes, Trains and Automobiles.


"Pushed me outta the womb and left me when I was two
No first days at school or watchin' me jump the broom
I was ashamed when people asked me what Momma do
So I made up somethin' crazy like 'yeah, she work at the zoo!'
Can't trust women 'cause I couldn't trust you"

From Peter Crouch to Wavy Crockett, it's Maya Jama AKA The Murkle Woman.

Who'll be a dear and link me this list on Twitter AKA the last social media platform which allows blogspot links.
Posted by Kelvin Mack10zie at 11:17 35 comments:

Homeboy Sandman threw a strop a month or so back and deleted his YouTube account after an interview he did with some Covidiot grifter got removed. Alas, this meant his three recent Slice of Life songs were self-wiped from t'internet like they were RIFF RAFF's MySpace n-bomb videos. Fortunately Sandman put them shits back up on Audiomack like it's 2015 again. File all 3 songs under 'Rammellzee if he were born in 1980 and had emerged at the arse-end of the Fondle 'Em era.'

Chucked the MP3s in a zip file and uploaded them HERE!
Posted by Kelvin Mack10zie at 09:50 8 comments:

The Testament of Oti Mabuse

Told you this Fresh & Nef shit was some Saturday Night Fever '08 Hyphy. They tried to give the dance game to moshers and punks, it's like them lads never heard Disco or Funk, you can't tell me nothin' when I know I'm right, like a bow-legged gigger on a Stunna bike, Nef rode the track right.

Email ThisBlogThis!Share to TwitterShare to FacebookShare to Pinterest
Labels: bay area, one 4 the Britz, rap, STRICTLY 4 MY COME D.A.N.C.A.Z, youtube

Thinking of a Masta plan

Boggles my mind that the brilliance of Me & The Biz was an accidental masta stroke - the song is a glorified reference track which ended up being released because Biz Markie and Marley Marl both refused to be in the same studio to record Biz's vocals. Masta Ace says he thinks the song would have been a bigger hit if Biz had appeared on it; perhaps, but it would have lost what makes it such a unique song, and Rap would be poorer without the Biz Markie puppet which was created especially for the video. Real talk, though - how'd everyone involved go to the trouble of making a Biz puppet, decking it out with the video's best outfit, and then do the song itself dirty by editing out the entire third verse? You bet that makes me real mad, don't it.

Crazy visions, BOOM: Ace pays tribute to The Diabolical by recording Me & The Biz part 2. There's no need to find a new beat because it's scientifically impossible to come up with a better backdrop for Ace's Bizisms than that Cymande sample.