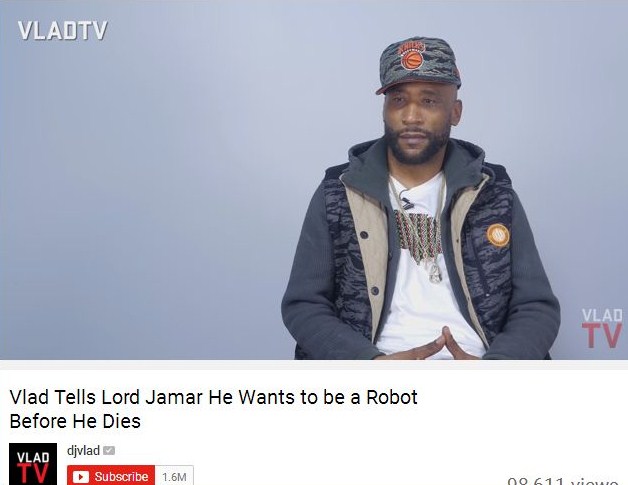 Obligatory wrap-up post of those songs I've played most during the month when VladTV took an unexpected turn.

Other notables: the new BallGreezy song SE found is one of those killer summer jams that's unfortunately destined for obscurity; not impressed by any of the 3 Mozzy & Gunplay tracks so far; for better or worse, Sleep Dank's U Lose Chris exists because of me.
Posted by Kelvin Mack10zie at 19:01 5 comments:

Another prick in the 300 wall

Lyor Cohen may have bounced to pastures YouTube, but 300 Entertainment are up to their old tricks again by tinkering with songs they've acquired the official retail/streaming rights to. This past Friday saw OMB Peezy's Lay Down + When I Was Gone, and the Creek Boyz With My Team hit all the big retail/streaming outlets, and each song had been tampered with to its detriment; the changes are subtle production alterations rather than the bolted-on new verses 300 acquisitions were known for in the past, but the tweaks are still significantly jarring for anyone who's spent time jamming the Hell outta any of the 3 songs. The parts no longer fit, awwww shit!

This is precisely why we can't have nice things. It's also why we must make do with low-bitrate Soundcloud rips, and why YouTube remains the G.O.A.T streaming service for rap, at least until Lyor gains more control of its machinations.

"I'm in Aunty's yard with the crooks
The money makes up for the looks
Death comin', I ain't stickin' to the deadline
Tell them boys better luck next time"


Another understated fave from the J Hus album: Death Around The Corner mode, Behind Bars HMP as the fixed-abode. This shit is remarkable in that it finally puts an artist as Godawful as Tiggs Da Author to good use on the roadrapafrobeats Many Men as set in Porridge.

Don't get it twisted, though - as 2Shin once said, it's still open season on all self-styled Authors and Novelists until we've seen their Goodreads lists.
Posted by Kelvin Mack10zie at 15:34 4 comments:

Startin' to see Hustles on Westbank

That feeling when this song still only exists as a handful of Instagram snippets. Is this what it feels like to be a Young Thug stan?
Posted by Kelvin Mack10zie at 19:54 1 comment: 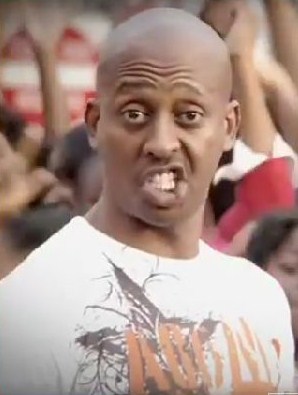 It was monday night and I'm feelin' kinda like Gillie, fell down a wormhole of rap outta Philly. Not remotely high or even slightly drunk, so I threw together a generic list of my Top 20 Philadelphia jawns:

Bonus beats: never forget the O.G version of MC Breeze's DiscombobulatorBubalator AKA the song which pioneered #problematic AZN stereotyping in rap before DJ Louie Lou, Ice Cube, or Bun B.

That post ya boy wrote about the time Ludacris met Mac Dre went stupid doo doo viral and got outta hand: over 100 thousand views in under a month, Dre fans goin' at Luda across various social media platforms, Luda responding to the accusations, and Nump from Thizzler News stepping in to play Farrakhan. Calm was restored until one of Dre's Vallejo weed carriers from way back just popped up with a Luda dis track, and now it's Super Sig time all over again:


"Pimp C said it was gay rappers from Atlanta
But the homie died before he could explain that one
I think one of them is you
Ol' lightskinned Beetlejuice headass-dude
You and Dre had a conversation in the bathroom
About the Playaz Circle album but you passed, dook
Then you turned around, boy, and did some f*ck shit
You and Fatlip impersonated some funk shit
But f*ck Fatlip too, y'all should apologise
'Cause I ain't got no respect for The Pharcyde
But as far as I could see, boy, it's a lotta lies
You couldn't fit Mac Dre's shoes or condom size
NO HOMO, N*GGA!"

This weekend's 2nd best beef after Mickey Rourke versus Funkmaster Flex or wot?
Posted by Kelvin Mack10zie at 12:08 11 comments:


Camaraderie as the best defense against calamity, Friends Forever on The Corner. It ain't no fun if the homies can't sang none: who'd a thunk Baltimore would be the place whence Barbershop-Bop was born? Best Speaker Knockerz-influenced bubblegum-rap tuneage by some random young'ns since Ayo & Teo's Lit Right Now.
Posted by Kelvin Mack10zie at 11:36 3 comments:

The whole Byrd Gang's in here like Chris Cornell was here 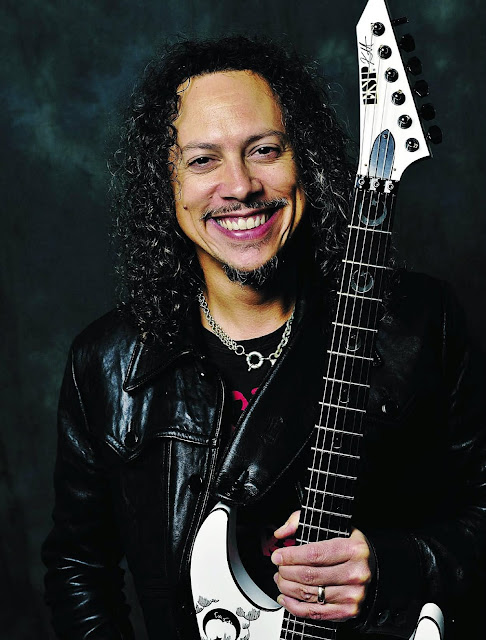 Did you see what N.O.R.E done? Came with a remake of Ice-T's Colors that's just been discovered by Step One:


Unlike Game's Buddens, this shit is a proper Colors remake in that N.O.R.E sticks to Ice's O.G script but flips specific details with his own twist of New York slime. At a guess, this was probably recorded for N.O.R.E's 2002 album on Def Jam since Ice-T briefly appeared on that CD foreal foreal, and Lord knows that album coulda done with a few more jams other than the Neptunes anthems.
Posted by Kelvin Mack10zie at 23:39 30 comments:

Thanx to the #BetYouWontChallenge, a previously little-known Level & Mouse On Tha Track cut from 2015 is currently one of the biggest songs in Baton Rouge. Good thing the song's gotten a new lease of life too because this one is a grand imperial jiggalator in the vein of Get It Back and we've all slept on it until now:


Level & Mouse did Ya Boy Big Choo dirty by featuring that biter Peter Pan Dan up in this video. Surprised Dan's even got time to appear in rap videos these days now he's a rising star on Arsenal FanTV, tbqh.


Roadrapfrobeats like du-du-du-du-du-du. Buncha choonz on this J Hus debut album, the best of which fit his aesthetic like a pair of Universal Works almond rocks fit your plates of meat (G.O.A.T socks or wot? #BuyBritish!) What's missing from the album, however, is Dem Boy Paigon and Lean & Bop; couldn't give a monkey's uncle that both songs are now 2 years old - the anthems that reputations are built on should always appear on debut albums, even if it's just as bonus tracks innit.
Posted by Kelvin Mack10zie at 17:15 7 comments:

Bounce or brawn, Mardi Gras or Murder-Rap, whodunit or whydoit, Super Sunday or saturday night, arses that look like 2 planets in a hankey or arses flatter than a B.o.B's eye view of the Earth - wherever you stand on any of these pertinent issues, the past 7 years of Louisiana rap have a Legit Jam™ 4 U:

**EDIT** PG hit this playlist with the Milq treatment.
Posted by Kelvin Mack10zie at 19:17 7 comments:


French-beret tip to mon frere Tomo for hippin' me to this re-edit of the Style Council song where Paul Weller's switch from Beef & Onion to Prawn Cocktail really paid off. This re-edit extends the glorious "shiddy-diddy-diddy-doo-bop" bridge into a hypnotic mantra to stimulate the alpha-pleasure centre in your noggin. It's even more of jam, Jim, but not as The Jam fanboys know it:

...with a Jolly Rancher in her mouth!

The kid Donal AKA Mac Guinness swung through my comments with a Jacka obscurity neither of us have heard before. A little finger-work reveals it's from some obscure 2001 compilation, but it was clearly recorded sometime in the 90s. Not only does this sound pre-Mob Figaz, it sounds pre-Jacka from the era when he called himself Ouiny Mac.


The unlikely scenario where B.o.B trumps Mob Figaz: Yung Cat's refix of 4 Lit is a better 2017 Husalah song than Husalah's actual 2017 song. C'mon, bruh-bruhs - that M.O.B shit sounds like the worst of Tonka Boyz Husalah, and who wants a Buck Rogers Years redux of that era?

Plus, the best Hus song of 2017 is by an entirely different Hus altogether:


Caught our Hus live in Liverpool last night and he debuted a couple of new songs from his upcoming album that sound like some proper naughty LL Cool J Hus Afro-Bashment.


Check out the synchronised New Edition dance moves goin' on here! Had no idea the St. Lunatics began life in 1997 with Ali in the Busta Rhymes role and Nelly playing his position as the group's Spliff Star. Gimme What You Got ain't a jam of Ride Wit' Me stock, but I'm always down to find out that multiplatinum noughties rap groups had a Jiggy random-rap nineties past.
Posted by Kelvin Mack10zie at 16:03 4 comments: