Obligatory wrap-up post of those songs I've played most during the month when Ezale returned as a member of Cobra Kai and then dropped a song teaser which didn't contain a note of the song itself. Hope he ain't gonna come back soundin' like Lucas Joyner or some shit.

Other notables: Who Shot Me is the best Yung Cat song in a minute, but it's some bad energy even if its premise is a staged publicity stunt; pardon the pun, but I respect the execution of Homeboy Sandman's No Beef even if its not a song I'll give much play; props to Juvenile, Mannie Fresh & Mia X for providing a literal antidote to scamdemic/plandemic Covidiot-raps.

Bonus beats: my best of Mic Terror playlist deserves to be released on CD IMHO.
Posted by Kelvin Mack10zie at 19:18 8 comments:

Xanax Fantasia - where you at?


You peepin' this Cookiee Kawaii official debut album™ too? Relieved there's no Tyga guest verses. Tryna see if there's owt on there as good as Relax Your Mind; currently stuck on this pair of songs as two different sides of the JeR&Bsey Club coin. Waiting for some shitbird from Pitchfork or The Guardian to write a stinkpiece calling Jersey Club the new Pop-Punk.

PS: me, I'm still pissed that Vacation didn't go on to be the Corona era equivalent of Madonna's Holiday.
Posted by Kelvin Mack10zie at 17:02 11 comments:


Yung Cat's always good for one slap per year. Not sure that taunting the people who shot you is a particularly good idea, but according to internet gossip Cat's recent shooting was just another one of his staged publicity stunts. Alas, the video of him pretending to sign a record deal has long since been deleted but this fugazi classic from Killa City's H&M store remains:


Look closely and you'll notice that the guy Cat "robs" in the H&M video is the very same guy playing guitar with the gun in the Who Shot Me video lolz.
Posted by Kelvin Mack10zie at 16:14 5 comments:

Email ThisBlogThis!Share to TwitterShare to FacebookShare to Pinterest
Labels: fugazi fugazee, kansas city, rap, why you wanna do that luv huh?


Two things I never saw comin' when Missin' Linx's M.I.A was one of the hottest underground singles outta New York: that the song would have its thunder stolen by a Dr Dre comeback single, and that Missin' Linx would record a song with British producer Mark B which samples some incidental music from the Are You Being Served movie. Fair play to the late Mark B - he may have wasted a buncha nice beats on boring-arse British rappers, but Can't Be Stop is up there with M.I.A, Verbal Attack and What It Is as one of the best Missin' Linx jams.


three:AM · Ballout - Lift It Up
This is the sorta hypnotic dope boy magic I wish ZMoney was making nowadays. That BLIP-BLAP bassline, eh? Shout out Keef & Tadoe, this beat is so stoopido.
Posted by Kelvin Mack10zie at 09:47 7 comments: 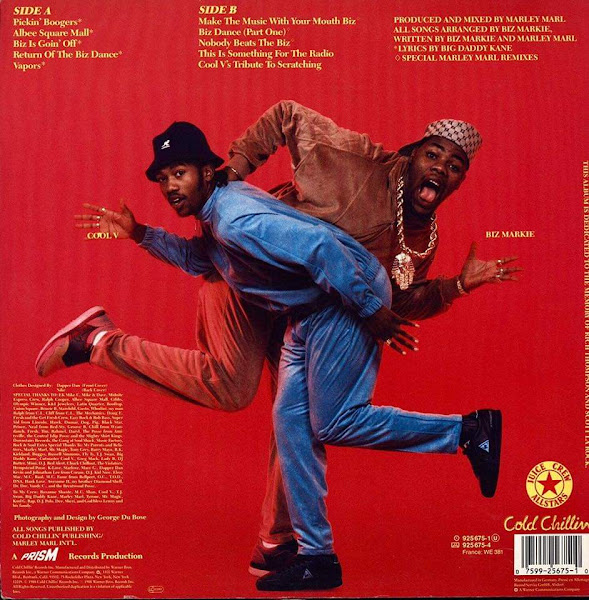 Pour out a lil' Maker's Mark for Mr. Make The Music With Your Mouth. Of course, Biz Markie was the O.G ODB, a damn fine DJ, and a menswear pioneer who was solely responsible for the cult status of Nike's Air Safari kicks. More importantly, Biz's Goin' Off LP is #actually the best album Cold Chillin' Records ever released because that shit is stacked with anthems from top to bottom. Anyhoo, if you want some deep cuts from the Diabolical then allow me to reintroduce his Converse promo cassette single:


Since Biz recorded the G.O.A.T Elton John cover version, it's only right that Elton re-records Candle In The Wind as a tribute - goodbye Norma Jean Marcel Theo and hold ya head, Diamond Shell. I hope Heaven got a copy of that CTI 12" of Take Me To The Mardi Gras without the bells.


Footage comes from this documentary where some Bork visited New York.
Posted by Kelvin Mack10zie at 10:04 6 comments:

Email ThisBlogThis!Share to TwitterShare to FacebookShare to Pinterest
Labels: dropping like flies, R.I.P to the Diabolical Biz Markie, rap

Some of us blokes are thotz 2


Mic Terror · Mic Terror ft Gzus Piece - Thot Boyz (prod by M. Stacks)
One of the best things about Midwest Rap is that it isn't beholden to myopic home-state bias and so all sorts of regional influences abound. Thus, you get Chicago rappers like Mic Tre & Geazy-P combining two New Orleans classics by 5th Ward Weebie and the Hot Boys on the SAME DAMN SONG! The moral of Thot Boyz? What happens in the summer, stays in the summer.
Posted by Kelvin Mack10zie at 14:39 10 comments:

They used to do it out in the park(ing lot)

Stop Playin' got me lughole deep in old Mouse and cursing TRILL Ent for not letting him drop a proper retail CD. I bet George Freeman from the YouTube comment above agrees.
Posted by Kelvin Mack10zie at 11:40 10 comments: 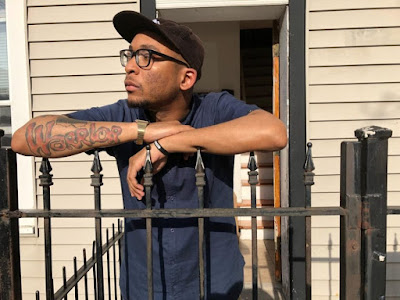 Ya host's been sayin' Mic Terror is Chicago's best kept secret since for years so here's yer conclusive proof in playlist form. From Midwesternplayalistichooptymuzik for Jukers to irregular regular-guy raps which contain multitudes, Mic Teezy knows how to write a song, and can spit hot shit and hold a note at the SAME DAMN TIME! So, here's 25 songs from the conscious rapper who'll leave you unconscious (no J. Cole.)


Don't call it a comeback but this is what I'm tryna hear from Mouse. Str8 up Boot bow bow bow bow bow Bounce for the juveniles, jiggalators, and jentlemen.
Posted by Kelvin Mack10zie at 11:27 8 comments:

Email ThisBlogThis!Share to TwitterShare to FacebookShare to Pinterest
Labels: Baton Rouge, rap, spell it with a J and not with a G, youtube


Back up on the Jersey Club shore again today. Here at The Martorialist we don't listen to no Hip-Hop on Sunday mornings, we listen to rebranded New JeR&Bsey Hip-House. Word around the cosmos, God sayz go upwards of 125 BPM or go home.

Ol' girl Kawaii clearly understands the B&B rule: if your single's video must have an intro then fill said intro with Birds & Bums. Take note rappers!
Posted by Kelvin Mack10zie at 11:02 8 comments: