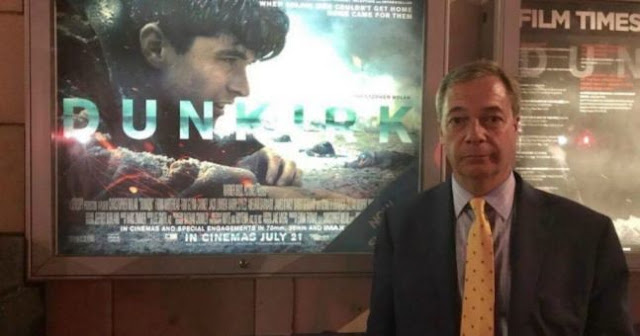 Obligatory wrap-up post of those songs I've played most during the month when it woz Nigel wot sunk it.

Other notables: Keydo Foolfunk's Woodstock is a rare example of good Sunz of Mane-rap in an ever-expanding sea of generic trap shit about whippin' da work in kitchens; Try Sumthin' is OMB Peezy's first song of 2017 that I'm lukewarm on, mainly because I only enjoy Yhung T.O as a hooksmith; as I said in June, A-Wax really needs to lay off the Auto-Tune and hop off Atlanta's dick; I didn't listen to any other new rap this month ¯\_(ツ)_/¯ 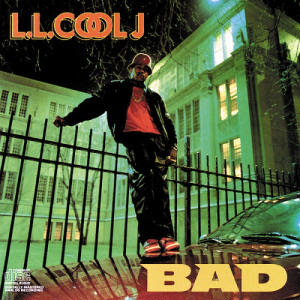 According to Instagram, tomorrow marks the 30th anniversary of LL Cool J's Bigger and Deffer album; that's 3 entire decades since LL redefined 'ardcore 'ip 'op with I'm Bad, recorded the first great rap ballad with I Need Love, and reanimated Chuck Berry's back catalogue with Go Cut Creator Go. The latter song was the only one of the album's three singles not to have been blessed with ill visualz, but who needs a video when you've got LL's barnstorming performance of it on Saturday Night Live where DJ Bobcat bodied DJ Cut Creator on his own tribute song?


Attention Soundcloud rappers in Metallica t-shirts: you ain't allowed to refer to yourselves as Rockstars if your air-guitar skillz ain't up to par with Uncle L.

From '86-'88, Def Jam had me on the shelf and wouldn't release any of my music. I went to @kooldjredalert's house in Harlem with #TheRulersBack cassette and asked him to play it on his show. That same evening he spinned it on 98.7 Kiss and the rest was history. The song had the streets on fire and Def Jam quickly had a release date for #TheGreatAdventuresOfSlickRick.

Remember dem days when rap remixes weren't just superfluous throwaways featuring guest verses from French Montana and Rick Ross? If not, here's the 50 best rap remixes of all time as according to ya host (in no particular order, mind.). All of these remixes are either significantly better than whence they came or significantly different enough from the original to exist as their own entity. None of them were remixed by CJ Wackintosh.

Planned on turning this one into a YouTube playlist meself until I remembered that the Tattoo remix can only be found on Vimeo. F*ck Atlantic Records for having it removed from the 'Tube, and f*ck them again for only having the clean edit on all digi-stores/streaming services.
Posted by Kelvin Mack10zie at 09:07 28 comments:

On West McNichols born and raised, Lane & Fair Block is where I spent most of my days 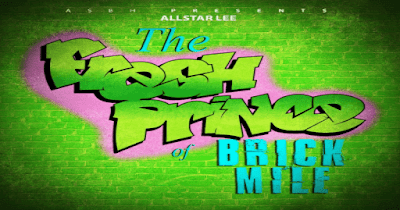 
Via Tha Barber. File this under ‘song concepts you wish Peedi Crakk had flipped and turned upside down.’ Nonetheless, even that snarky bastard Geoffrey the butler couldn't fault the execution from everyone involved in this one.

What's up with Michigan rappers and the Fresh Prince Of Bel Air then? Remember when Willie The Kid made a song outta Willie The Smith tinkling his wine glass?
Posted by Kelvin Mack10zie at 15:35 3 comments: 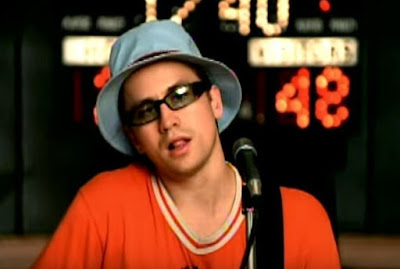 But, seriously, Breaking The Habit was a legit jam. It's not a coincidence that the only good Linkin Park song was the one which Mike Shinoda didn't rap on.
Posted by Kelvin Mack10zie at 20:00 4 comments:

Juan For All, Aux For One


On one hand, it could be argued that Aux 88 were sorta like a Jurassic 5 of Motor City Electro: retro-fetishists plundering a sound that had long since passed into history for their whole M.O. On the other hand, Detroit Electro was a sound which withered and died far too quickly in the '80s, leaving relatively few records for the headz who wanted to transform their Ford Fiestas into Cosmic Cars. Thus, the Aux lads' music felt very necessary when ya host first heard songs like Electrotechno, I Need To Freak and the Take Control remix of Electronic Warfare during their live set at Manchester's Bugged Out club night during the summer of 1996. They performed for a full hour in their trademark Michelin Man bubblegooses on a molten-hot night, and you've gotta respect any group who'll sweat out half their body weight just to maintain their look onstage.

Ironically, Aux 88 ended up being a decade too futuristic for their own good: they came to the UK during Gazza's gymnastics of Euro 1996 when they'd have been far better suited to Peter Crouch's robot-dancing of the 2006 world cup. 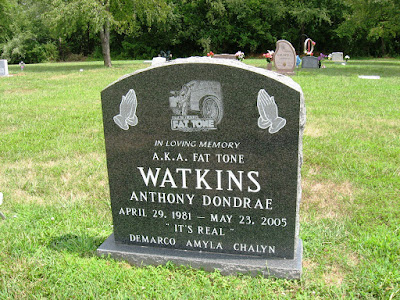 
AKA a near-faithful remake of Fat Tone's OG Stack A Dollar. Prefer this to the O.G song meself because Yung Cat's twitchy goofiness is better suited to the spirit of the track than Fat Tone's hard-nosed champagne foulness.

Why couldn't God have taken the annoying AZN kid from Indiana Jones & The Temple Of Doom instead of Fresh Kid Ice?

R.I.P to the AZN breh from 2 Live Crew, may a gazillion Lucy Liu lookalikes "nibble on (your) dick like a rat does cheese" for the rest of eternity in Chinaman Heaven. Remember Ice for being the first AZN rapper and the first rapper period to pose with his hand on his nuts for an album cover: 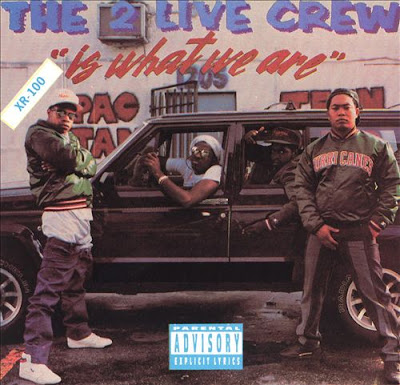 (No shotz @ Jonathan Ke Quan - loved your work in The Goonies, bruv.)

Most rap journalists ain't nothin' but models for pigeons on t-shirts, so fair play to David Drake for interviewing Husalah on Noisey. You wack like World Cups if you're not down with Golasoaso, so consider this to the soundtrack to Hus' kicking limitless wisdom to Drake about slaps and science: 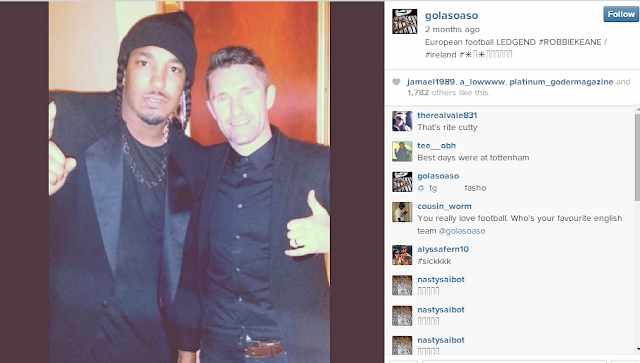 Somehow the rap game reminds me of the craic game!
Posted by Kelvin Mack10zie at 17:11 38 comments: 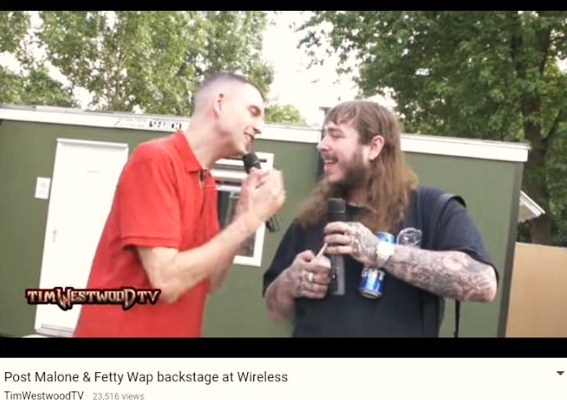 A$AP Folky using Stone Cold Steve Austin's entrance theme as his walk-on music at the Wireless festival has gotta be a top 3 most laughable thing he's ever done. That said, his #LifestyleSynergy game is strong on this one since he has form for wearing them Stonewashed Steve Austin Daisy Dukes. 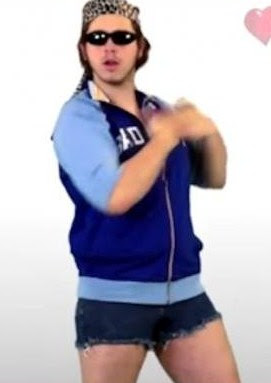 Since it's a brand new year, I got a brand new attitude and a brand new way to listen to an earnest weed farmer/rapper dude - yes, folks, Rey has really got me listening to Berner's solo shit! If 20 Joints is Exhibit A in the prosecution's case against those of us who believe Berner's career shoulda been confined to the 3 Drought Season albums with Jacka, then this eponymous solo slap has gotta be Exhibit A+:


Who are the other secrete Berner fans on the rap internet? Pipe up now with slap recommendations or forever hold thy fingers.
Posted by Kelvin Mack10zie at 19:02 11 comments:

Shout out to Arthur Lee, we in this bitch!

It's time to stop arsing about with J Hus remixes of Unforgettable and French Montana remixes of Did You See, and just Soke it to the summer by releasing Good Time as a single already. Shit's the song Mandem Anthem should have been, and, like Lean & Bop and Did You See, it's another killer example of how roadrapafrobeats can go pop without having stars & stripes in its eyes.


This was the song ya host correctly identified as "some proper naughty LL Cool J Hus Afro-Bashment" when I caught it performed live before Common Sense dropped. Damn it feels good when a song lives up to its live debut performance.
Posted by Kelvin Mack10zie at 12:32 7 comments: 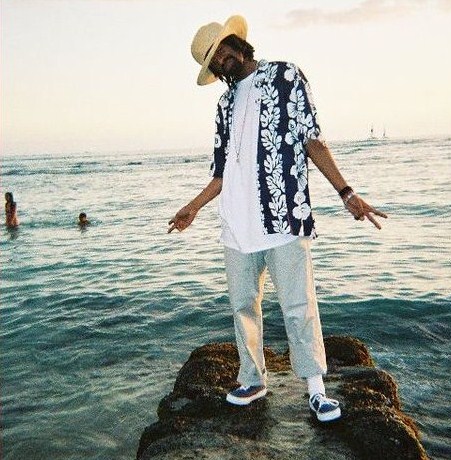 Everyday is Mac Dre Day here at The Martorialist, but june 5th 2017 woulda been Dre's 47th birfday and even the fairweather fans are celebratin'. What ya favourite Furl slaps, blogga? Mines is these:

It's a Don Bradman t'ing

"No doubt about it, hon', I hit from here to China
When I drop that D minor watch me soggy ya vagina"


Very much underrated in the pantheon of Summer Jams™, A Little Of This was "that nu-wave BBQ music, bitch!" long before Where Do I Go. Betcha this is Puba's own favorite single from his catalogue since he got to floss it up somewhere in The Hamptons on Elektra Records' dime for the video with DJ Alamo & Stud Doogie. Ina da wudz, ona da jetskiz, ova da moon that Sylvia Rhone finally stumped up a decent video budget - it's ya boy Grand Goocha! 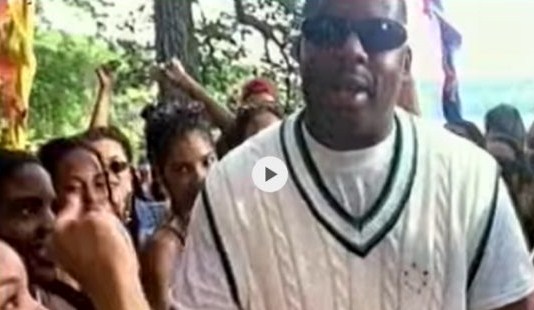 Kid's harmonising on this shit might be the missing link between Jiggy and Wavy. In a perfect world, every song on 2000 would have featured his dulcet tones smoothing things out.
Posted by Kelvin Mack10zie at 15:08 9 comments: