"Talkin' 'bout he want me to stick my finger in my booty!"


File this under ‘Soundcloud & Bullshit songs in a Dormtainment stylee which really need ad libs from Big Tigger in WBITCH mode.’ Main fella on this wins the Freak Of The Week award for that "go further up your back way past your tits/control you from your ass like a ventriloquist" lyric. Ease back there, Matthew Corbett.

Hat tip to some crazy ass blogger named ANU for this one. WBBBBBITCH where the W stands for finger near a blogger's arsehole like Whoa.
Posted by Kelvin Mack10zie at 12:58 5 comments:

Obligatory wrap-up post of those songs I've played most during the month when crabs and rats were more appealing than listening to a certain Twitter-bait mixtape.

Other notables: also the month when the bottom of the Migos/Young Thug/Future cosplay barrel was well and truly scraped with Mystikal's Robert Dinero, Eearz's Work Ya Muscle and Young Dro's Ugh respectively. Ugh indeed.
Posted by Kelvin Mack10zie at 12:42 6 comments:

You know who gets the ultimate kudos tho? The first person to suss out where the Love Slidn saxophone sample comes from. Them toots sound lush enough to pass for a Bernard Herrmann Taxi Driver OST outtake but it'll probably transpire they come from a Herman's Hermits deep cut or some shit.
Posted by Kelvin Mack10zie at 16:15 18 comments:

Fetty didn't f**k it up and now Lyor's cash can blow it up! Some ye olde ponce once opined that No Man Is An Island but ya boy is ready to turn up like the physical embodiment of Ibiza circa 1993 if Fetty's most euphoric song finally makes its way to the DJ sets of this country's most disgraceful franchise bars. Catch y'all in Revs 4 fridays from now?
Posted by Kelvin Mack10zie at 21:07 2 comments:

Consider this post a retreat for those of us who aren't yet ready to join the ranks of the Conservative Rap Coalition but also never want to hear another rap song which sounds like Migos for the rest of our lives (Mystikal's pathetic Robert Dinero was my own personal point of no return.) This post's premise then: the ultimate playlist of great songs by painfully-unfashionable N.Y rappers last decade. F**k the Rotten Apple's heroes, we're over hear jamming Y@k Ballz, Postaboy, Loon, Goretex & Necro, Maino, Ron Browz, Consequence, Swizz Beatz and even Papoose!

Rap songs that aren't on YouTube but really should be # 13

One minute you're sitting in the bath browsing YouTube marveling at just how much music is on there to stream for free, the next you're cursing humanity because nobody has ever bothered to upload Pimp Olympic$ by Go-Rilla Pimps AKA J-Zone & Dick Stallion's bonus cut on 'Zone's Ign'ant mix CD. Audiomacked that shit as my good deed of the week. You're welcome, you're all welcome etc etc.


Top 3 best J-Zone song of all time, top 2 greatest Roy Ayers sample ever, and top 1 goofiest Blaxploitation character entrance scene in the history of cinema. If you wanna hear Pam Grier doing a faux-Jamaican accent which makes shorty from Little Mix sound like Spice then Coffy is the movie 4 u.
Posted by Kelvin Mack10zie at 21:00 9 comments:

Lit but you know it

Drake linked me to Patman's Lit on Soundcloud t'other day askin' me what I thought of it. Naturally, any song that pitches down the Brenda Russell sample from Big Pun's Still Not A Player to accidentally sound like the Chicago swag-rap cousin of A-Wax's Yeah Right gets both thumbs up from me. Lo and behold Lit got the DGainz visual treatment yesterday and the video reminded me of an ancient proverb my Grampa told me on a day trip to Prestatyn when I was a sprog - life's a beach but that doesn't mean you should ever 2-step in sandals if there ain't no sand beneath your feet.

From the House to the 'haus: LL and LeShaun performing Doin' It at the 1996 VMA's lookin' like a couple of fooken' goffs.


YouTube stays removing the video of LL performing Go Cut Creator Go on Saturday Night Live in 1987 with DJ Cut Creator & DJ Bobcat both rippin' the shit out of the decks, but Vimeo is like Tyson icin', a soldier at war. G.O.A.T TV performance or nah?
Posted by Kelvin Mack10zie at 16:17 5 comments:

I believe I can fly

Basically, an extended video mix of Peter Pan from the Trappin' & Rappin' EP where Lil' Chris lets Jeremih and Krept & Konan know that he has "I AM AN AIRPLANE!" dance moves too.

Where the L stands for Laaaaaaaahh

Conclusive proof that Gypsy Woman (She's Homeless) is the G.O.A.T House song: even a Cheeky Nando's Poundland Professor Green like Nick Brewer can make a 4/5 banger out of it. Heard Talk To Me played out for the first time at Concert Square in Liverpool saturday night and it was like a f**kin' helicopter came from the f**kin' sky whirlin' and shit, Scousers throwin' money every godamn where. That place pops at 3:PM on a sunday afternoon when middle-aged raver families are out for a couple of pints, so it's 500 degrees in the square at 3:AM when all the Boots cosmetics counter assistants and Polish brickies are out on the lash. 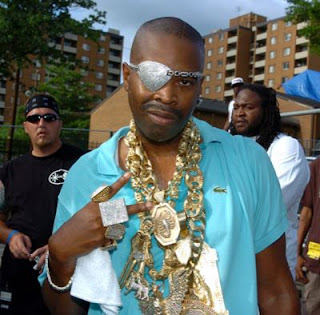 Picture an alternate reality where Slick Rick never fought a deportation case and got to cash in one last time before the bottom fell out of the CD industry via a Greatest Hits double-disc anthology released on Def Jam in time for Christmas 2001. Disc one would consist of the classics, the incredible album cuts from his 4 LP's, and a new track with Doug E. Fresh & Ludacris which would go on to become Nas' Virgo back in our universe; meanwhile disc two would be a odds 'n' sods collections built from the bricks and mortar of his best guest appearances, non-album cuts, and unreleased tracks in CDQ.

That shit would still be holdin' you down 14 summers later, right? Ya boy just zoned out on a wet saturday morning and collated the definitive track list for disc two, although we're still waitin' on those CDQ versions of his unreleased tracks. Someone needs to Oceans Eleven the Def Jam vaults already.

Bonus plea: anybody got an MP3 of Rick's He Kills? It's not on YouTube, it's mysteriously absent from the J-Love Legends Two mixtape on Datpiff, and I can't find my own CD copy to rip it.
Posted by Kelvin Mack10zie at 12:46 10 comments:

TaTaz deep in TaTu (no Tyga)


D-Lotology back bick via a remix of some obscure San Diego shit from 2011 which sounds like it should have been retitled as Boyz-N-Tha Mud. The Shmackerville slang is near-impenetrable on a couple of occasions, and lines constantly overlap each other making it difficult to work out where one bar ends and the other begins, but I've still identified the song's top 3 lines. Drum roll plz....

3. "That bitch ain't worth a Pro Club shirt"


Another video I had no idea existed until I stumbled upon it on the 'Tube recently: MC Lyte's Paper Thin. Brooklyn's in the house with this one since it functions as a missing link between Lady Pink ridin' the train in Wild Style and Fabolous' Young'n (Holla Back)/Right Now And Later On video, but with added 1988 Volkswagen Jettas and pre-fame cameos from MC Serch + that bird who played Will's dimwitted cousin in The Fresh Prince of Bel Air. Warning: also contains a very unfortunate AZN stereotype.
Posted by Kelvin Mack10zie at 20:29 4 comments:

Slept on Plies' I Got It when RapMusicHysteria first rescued it from LiveMixtapes obscurity and let that shit loose on the ski slopes of the rap internet last week, so luckily for me RMH gave it another outing on his Surf-N-Turf Bangers compilation a couple of days back. Not gonna front like I'm familiar with much post-The Real Testament Algernod beyond the really obvious choons, but plz believe I'll always be here for him on those occasions when he doffs his artistic cap to JT Money/Poison Clan. If JT had ever recorded a noughties solo album for Slip-n-Slide Records its backbone would have been made up of songs that sounded exactly like I Got It.


FYI, if you're out here on the rap internet and you haven't dropped a Zippyshare compilation featuring something by SPM during the past 9 months then you're barely even half-steppin' right now.
Posted by Kelvin Mack10zie at 13:36 3 comments:

Ronnie's exotic reworking of his Are You Being Served? theme for the show's big screen trip to Costa Plonka sounds like the movie should have been a Paul Raymond softcore flick where Captain Peacock finally gave Miss Brahms the Wonka (™Giggs). As to the inevitable question of who'd sound good spittin' over it, DOOM & Mr. Fantastik could have worked minor-miracles with a track like this for another back-and-forth on the King Geedorah album.


Can't believe Candy Davis AKA her who played Miss Belfridge in the last 2 series of Are You Being Served? later married Gary Olsen AKA the fat bloke with glasses from 2.4 Children. R.I.P big Gaz - you must have had one helluva "personality" to wife up some crumpet so far outta your league.
Posted by Kelvin Mack10zie at 13:20 9 comments:

Email ThisBlogThis!Share to TwitterShare to FacebookShare to Pinterest
Labels: rap, tv blues, why you wanna do that luv huh?

It was all good back on Friends Reunited

Essentially, the world's greatest Foxx song about internet thuggin', as recorded by that nu-No Limit weed carrier who looks like Ronald "Slim" Williams' squeezed into Tyga's physique. Come for the swamp-bounce, stay for the reality-rap, return for the unexpected bursts of Audio-Tunes.

Once upon an Internet, Social Media Gangsta would have been a song I'd discovered on Frankie Tha Lucky Dog's YouTube. Nowadays, however, it's a free-for-all out here with Hotbox taking the honours this time.
Posted by Kelvin Mack10zie at 11:09 5 comments: 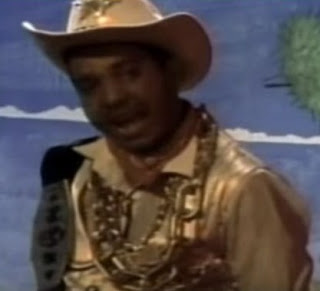 
Finally copped that ‘Uncut Snoop Dogg Approved’ remastered CD reissue of Strictly Business earlier this year. Please believe it was worth every penny of its £2.99 price tag for the extra thump in the low-end and Snoop's own liner notes. Here's Uncle Calvin's thoughts on Jane: 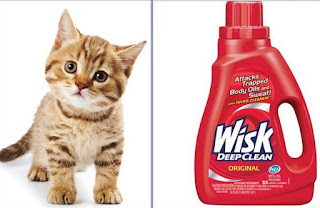 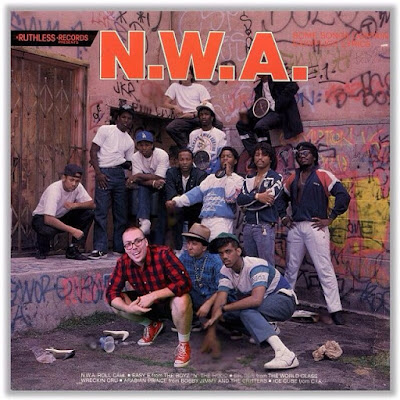