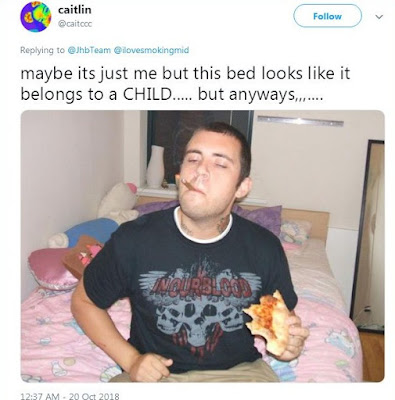 Obligatory wrap-up post of those songs I've played most during the month when Children's Story took a disturbing new turn. Hey young world - don't ever let uncle Adam22 read you a bedtime story.


70th Street Carlos ft. BBG Babyjoe - Do That (2018)
Homeboy Sandman & Edan - Rock & Roll Indian Dance (2018)
1TakeQuan - Grub Hub (2018)
Open Mike Eagle - Microfiche (2018)
Donae'o - Chalice (No Canadian Rappers Please edit) (2018)
Other notables: I Hope by Jay Lewis et al is the Hater's Anthem of 2018; people don't half sweat some boring music nowadays because that Lil' Baby & Gunna album is even duller than all the Faux Marciano-core bullshit; speaking of which, not gotten around to the DJ Muggs & Roc Marciano album yet; damn, even Rich The Factor has himself a goofy white protege now; Sherwood Marty's We Outchea ain't really my thing but I love seeing Mouse On Tha Track productions possibly blowin' up; the only song I'm digging on that new SOB X RBE album is the one with the best song title of 2018; was anyone expecting 70th Street Carlos would drop a boom-bap 2Pac tribute?
Posted by Kelvin Mack10zie at 12:27 12 comments: 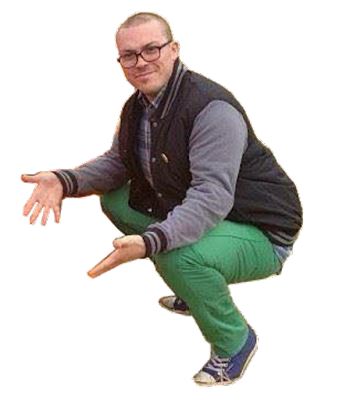 PS: fuck the NFL indeed. It's bad enough that a sizable portion of the U.K thinks Rugby is a watchable sport without the NFL hiring out Wembley to host the even shittier Yank equivalent. Did the British public learn nothing from that brief moment in the late 80's when da streetz of everywhere from Liverpool to Liskeard to Liscannor were littered with lads wearing them 'orrible Pony Linebackers?
Posted by Kelvin Mack10zie at 12:08 6 comments:


Remember, remember the 25th of November for being the 10th anniversary of the Ain't I remix. A song which keeps getting better with time and deserves an in-depth Oral History Of.. Red Bull TV video. Call me an old sage if you want, but I knows my onions and Atlanta just doesn't make 'em like this anymore.

It only show up once a year, ol' McRib ass song

Good news for all Lurches of chirpsing & Vampiras of banter, Open Mike Eagle's deleted 2017 Halloween loosie has reappeared on his new EP in time for the 2018 witching/cuffing season. Ain't a damn thing changed except the song's name because it's still the exact same strangely humourous take on how ghosts went from being inside the machines to becoming the machines making ghosts of humans. No lie, that bit at the end of the third verse where the Opera sample builds to a crescendo before Open Mike interpolates the chorus of Ghostbusters has haunted ya host's speakers for the last 12 months.


Open Mike Eagle - Single Ghosts
(From What Happens When I Try To Relax EP; 2018)


Gonna need O.M.E to record a song where he raps from the perpective of a dead person's social media account floating abandoned in cyberspace like a ghostship, adrift like the Mary Celly Celeste.
Posted by Kelvin Mack10zie at 21:01 3 comments:

Email ThisBlogThis!Share to TwitterShare to FacebookShare to Pinterest
Labels: back again like pikey kids trick or treating in the pub, L.A, rap, underrated jams

R.I.P to Pumpkin, I had to regulatte

The definitive Rap record of 1980, empirically better than any of Rocky Ford & J.B. Moore's productions on Kurtis Blow's debut album. Both tracks are original compositions rather than replays of Disco hits or classic breaks, the latter track was the first Rap song to become a breakbeat in its own right, and both songs established Pumpkin as Rap's first superproducer. I rest my case, y'honour, and I didn't even have to mention Pumpkin's other great 1980 production.

TBF, the people behind the listicle did a decent job on those early years of Rap, especially by 2018 Rap media standards, but there's a couple of mistakes in there: you can't claim Jiggs Chase was the real auteur behind The Message when you admit that Duke Bootee practically did everything on the song; and it's long been established that Davy DMX #actually produced damn near all the tracks Kurtis Blow and Aaron Fuchs both took credit for.
Posted by Kelvin Mack10zie at 19:29 7 comments: 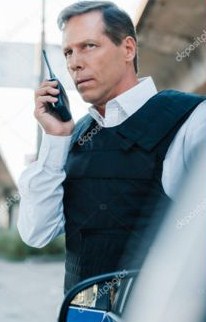 Let's be honest here, chiefs & chiefettes: there hasn't been a Rap song improved by Auto-Tune in a couple of years now, it's one of the two main reasons why 2018 is the blandest year for mainstream choonz in the genre's history, it strips regional Rap styles of all their geographical twangs into sterile RapCaviar fodder, and when Simon Reynolds is writing thinkpieces celebrating it and illustrating his points with some of the dullest songs Future and Migos have ever recorded then you know it's definitely time to leave That Funny Voice Shit™ in the past innit?

Email ThisBlogThis!Share to TwitterShare to FacebookShare to Pinterest
Labels: just sayin', Migos shoulda pissed off after 2014, rap, why you wanna do that luv huh?

I hope you ordered Dr. Pepper and they give your ass Coke

Keepin' this schadenfreude essence inside us, because it provides us with the proper insight to guide us. I hope some Bork raer vinylz boutique label presses this up on a 12" with Scotlandville.
Posted by Kelvin Mack10zie at 11:05 5 comments:

Tommy Robinson didn't do porridge just so some fooken' foreigner from Baggedmilkland could ruin that new Donae'o song with a verse of Poundland Drakeisms. Luckily Jack The Snipper was available to remove Fauxbrey's verse and now Chalice can be enjoyed the way Diana™ would've wanted to hear it, God bless her soul.


Can you believe Calvin Harris was behind the boards for this one? His first good production since Acceptable In The 80's or wot?
Posted by Kelvin Mack10zie at 20:08 5 comments:

Email ThisBlogThis!Share to TwitterShare to FacebookShare to Pinterest
Labels: edits, not-rap, one 4 the Britz, The People's Princess™

Born To Audiomack: the REAL Loyalty Over Love

You see, in this world there's 2 types of people, my friend - doz that slept on Black Sheep's first LP and doz that wept when they heard OMB Peezy's debut LP. Fortunately ya host Captain Save-A-Rapper is here to dry your eyes like a laptop with this 7-song playlist of the EP that OMB Peezy's Loyalty Over Love was probably intended to be in 2017 before Peezy & his label decided to discard all the songs which built his reputation.

Actual factz: it's 2018 and the LP is an outdated drawn-out format which solely exists to give people on Twitter something to have Opinionz about every friday.
Posted by Kelvin Mack10zie at 20:34 5 comments:

Much like the Beastie Boys' homeless m8 Johnny Ryall, ya host has a Rockabilly past which nobody knows. Only letting the cat(man) outta the bag today because I've just realised that The Phantom's Love Me #actually dropped in 1960 rather than 1958, thus it coulda/shoulda/woulda been included in my best songs of the '60s list. If proto-Punk exists outside the heads of aged music critics who think that Punk was the be all and end all of Culture™ then Love Me is far more deserving of the term than all those Garage-Rock bands from 1963 who just sound like Dick Dale with a fuzz pedal. You a fool for this one, Pat Boone:


Memphis isn't where he's from, he invented Punk Rock but never met Malcolm McLaren. On the real, though, Yank teenagers in 1960 must have had their domes blown in the comforts of their suburban homes hearing some otherworldly psychotic rockabilly shit like Love Me for the first time.

Coming next on The Martorialist: was The Legendary Stardust Cowboy Rock's first ableist?
Posted by Kelvin Mack10zie at 16:12 3 comments:

Email ThisBlogThis!Share to TwitterShare to FacebookShare to Pinterest
Labels: alabama, not-rap, why you wanna do that luv huh?, youtube

"There ain't no limit to this shit, I swear I'm feelin' like P
I fucked so many hoes, I swear I can name 'em from A to Z
I make my bitch sleep on the floor 'cause that choppa lay with me
Yeah, that glock it stay with me, that fake shit ain't okay with me"


Mr. Bang Bang? More like Mr. Triggaman amirite! This upload seems to be the only one on t'internet which doesn't sound like you're listening to it through an ear clogged with wax. Shout out to Rhys Barber, we in this bitch like a Jobson Horne.

Visuals just dropped. Why is the sky blue, why is water wet, why is the thumbnail not from the video?

Email ThisBlogThis!Share to TwitterShare to FacebookShare to Pinterest
Labels: "Slow Down Son You're Killin' Me", Baton Rouge, rap

Rap songs that aren't on YouTube but really should be # 20

There are certain De La Soul B-sides which are legit jams but deserve their position as surprise finds on the flip-sides of the anthems. And then there's What's More? which the group really should have saved for De La Soul Is Dead; Lord knows this song deserved a place on that album more than novelty interludes like Kicked Out The House or Who Do U Worship?.


There's no evidence that a movie by the name of Hell On 1st Avenue exists, let alone that a soundtrack album was recorded for it. Presumably that part of the song's title is one of Prince Paul's concepts: an imaginary soundtrack for a fictional crack-era blaxploitation movie in which the song's "tell me what's more.... " questions are set? Crazy visions, bruv.
Posted by Kelvin Mack10zie at 09:32 9 comments: