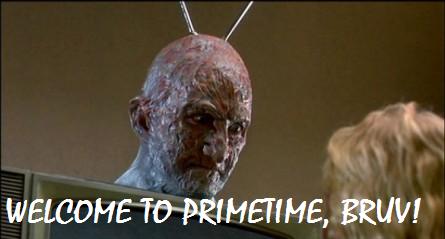 "It's a mystery, Scooby Doo
Uzi made him do the Hula Hoop
Choppa make him Chicken Noodle Soup
I got some hittas like to Toot & Boot"


File this under ‘Bam-Bams by rappers in Barcelona replica shirts.’ It's like Jimmy Wopo heard Boone's Pop A Perc and said to himself "Pittsburgh needs its own Boyz-n-the-Hood-inspired anthem for 2016!" But instead of LL Cool J interpolations and chicks that are thick like whales, you've got Freddy Krueger references and pigs who end up in deep shit. Et voilà - Elm Street was born.

Favourite random regional find since Yung Cat's You Ah Bitch. Should I explore Wopo's catalogue any further, or should I rest comfortably safe in the knowledge that no other song of his could ever possibly tick all my boxes like Elm Street has?
Posted by Kelvin Mack10zie at 11:23

You posted some Lil' Yase songs a while back so i was wondering if you heard his new album?

I was annoyed Gigalo wasn't on there because there's still no retail MP3 of that so I'm stuck with my dutty Soundcloud rip for the foreseeable future.

Only Yase songs I like are Get It In, Gigolo, and Foolin', tbh. His ZMoney karaoke songs are embarrassing. 👎

Kid needs to size up on that jacket.

The Yase song with Stunna June is a slap. Check it out.

this shit is dope