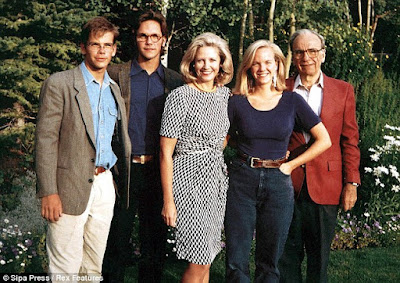 The thing about Rawkus Records is that all defenses or criticisms the label's legacy invariably choose the wrong songs to illustrate their respective arguments. Despite it spawning the careers of pondlife like El-P and Mos Def, Rawkus was a handy refuge for rappers who'd previously had difficulty navigating the major label system, a place where then-major label rappers could drop a raw single/compilation track on Rupert Murdoch's dime, and a dream-maker for Stretch & Bobbito radio show stalwarts who'd always wanted a 12" to their name. To prove that the label atoned for its cardinal sin of inflicting Umi Says on humanity, here's a generic list post of ya host's 20 favourite songs in the Rawkus catalogue. No order of preference and one song per artist, natch.

I thought I was the only person on earth who likes D-12.

I can't fault your selection, though in all good conscience I can never listen to anything involving Mr Eon again.

Rawkus was one of my introductions to rap. I remember the thrill of hearing RA the Rugged Man talking about 'eating shit fucking ugly bitches' on 'Flipside'. It was up there with Dre and em declaring all bitches ain't shit.

Your Mos Def hate knows no bounds lol I personally thought he was one of the shining stars of that early Rawkus era, though he did become an obnoxious mediocrity from early on.

Interesting to see 'Shit on You' there cos I didn't even know that was Rawkus. Eminem actually had two classics on Rawkus in the shape of 'Any Man' and the original version of 'Last Hit' (unfortunately featuring Eon) https://www.youtube.com/watch?v=x5CsBsj0BY4

In general Rawkus was pretty overatted but if you weed through the shit there were some bangers and I always wondered where that Cormega song was from. Whats your take on Hydra and Tru Criminal?

Eminem actually had two classics on Rawkus in the shape of 'Any Man' and the original version of 'Last Hit' (unfortunately featuring Eon) https://www.youtube.com/watch?v=x5CsBsj0BY4

Hydra was my favourite outta all the indie labels, although the Godfather Don LP was a disappointment.

Only Tru Criminal stuff I've ever owned was the Street Smart and F.T singles.

The D12 joint wasn't on Rawkus from what I remember.

Shit On You came out on 12" on Rawkus back in late 2000 to give it some underground cred, before it came out officially on Interscope as a CD single.

This needs a zip.

Stand corrected. That's weird as fuck though. Can't imagine it really helped much as anything Eminem related sold a shitload back then regardless.

Probably more of a favour to Rawkus than anything.

The original version of 'Holdin It Down' would get my vote but I appreciate your one track per artist approach. Good list.

Ian Wright got that The Big Picture front cover swag with those glasses he's been wearing lately.

Cormega: 'You Don't Want It'

I never really got Shabaam Sadeeq or why Rawkus pushed him like that.

Are You Ready was his only good tune and that's because it was an Alchemist banger.

He was alright. The epitome of alright.

Get Up by smif n Wessun was good to

If I were forced to have a song featuring Mos Def on here, it'd be Fortified Live.

Oh No with Monch & Nate Dogg still goes. Plus it upset the hardcore backpackers when it dropped.

That song was a waste of a Nate Dogg hook, imo.

James Murdoch looks like dude from Kids In The Hall there.

the Body Rock instrumental provided for this classic too

Your mos hate is extraordinary lol What is it about him that so gets your goat?

I'm not saying you're wrong but I've not seen such a burning hatred for Mos Def before. I did love seeing Westwood laying waste to him that time.

Who was the best Rawkus rapper in your opinion (if any)?

Glad you included 'When It Pours It Rains' that's classic.

Only three of those records are really essential in my book - the Noyd track, '7XL' and the Big L. The rest are fair to middling.

Jack, this post best explains why Mos Def should be held in the lowest regard.