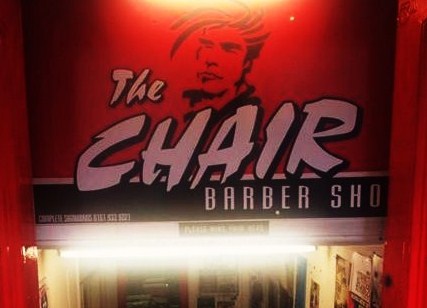 Obligatory wrap-up post of those songs I've played most during the month when Kap G opened up a secrete barbershop in Liverpool.

Other shit: Boone's new single Shout Out is a work-of-art as a video; Spitta & Maine Musik's Out Da Window makes me sad that Maine is now locked up for posing with stolen submachine guns; Vibin' In This Bih is the first Kodak Black song I've liked, but Gucci Mane's appearance sounds as outta place as his verse on MC Hammer; no offence but ZMoney's Rich B4 Rap 2 mixtape is more of a Heroin Musik 2 amirite?
Posted by Kelvin Mack10zie at 11:42

Kap G song is great. Pairs well with that one good song Young Moe once made, "Family," which has the Young Lan on the beat track which gave me deja vu when I listened to Fetty Wap until I realized that's where I heard it. Didn't believe Kap could possibly be good until you posted this again. Also, is the new Mozzy tape worth downloading?

It's wildly hit or miss (like pretty much all the Mozzy albums this year.)

I can't believe you didn't like the Kodak Black tape.

I haven't heard the 'tape - just that song and the track with the same sample as YRN .

didn't know maine was locked up again. I can't believe the guy who wrote social media gangsta would be out here doing something so reckless

boone has video of the year so far

Shit I never thought I'd see: Maine Musik on the Mail Online

Kap Gs got like 5 great songs which is more than most ppl. Fuck La Policia has me all emosh

lol @ rappers this decade remixing "jimmy" to mean "jimmy hat" btw, gotta be so confusing for the older rap connoisseur

is Pesos not an original song? also him and Chingo need to do an album together

Pesos is a far superior remake of Snootie Wild's Yayo.

That Wax tho. This decade's premier purveyor of #feels.

"Everything I say is super-factual even if I'm talkin' supernatural"