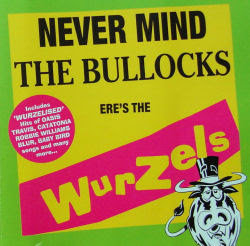 While it's always worth highlighting the occasions when Guardian hacks and/or indie bands butcher the names of Rappers or Rap albums in print, we should also fondly recall the times Questlove referred to the Sex Pistols' debut as Never Mind The Bullocks and dubbed a certain ex-member of Roxy Music Brian Emo when namedropping random obvious rock albums/artists from Rolling Stone magazine's top 100 albums list that D'Angelo's long-awaited third album will be comparable to.

Because it's certainly within the realms of possibility that the D'Angelo album will drop before Detox, here are ten albums from the Rolling Stone/Mojo classic rockist album canon that esteemed music expert Questlove is bound to compare it to before the end of 2012. THAT SHIT IS GOING TO BE THE SOUL VERSION OF METAL MACHINE BOX by PiL COLLINS, SON!!!!!!!!


Blonde On The Tracks by Big Dylan

Pop Sounds by The Beatle Boys

Dawn Side Of The Moon by Punk Floyd

Okie Computer by The Radioheads

At London Prison by Johnny Clash
Posted by Kelvin Mack10zie at 13:19