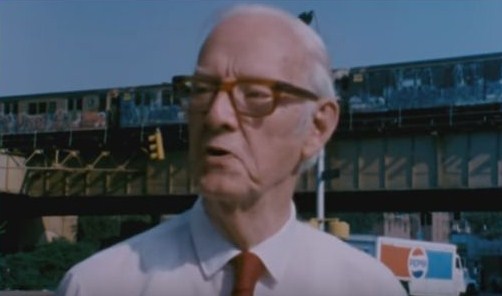 Let's not even indulge Laroo's silly midlife-crisis rebrand as Hitta Slim. Instead, let's celebrate that he's found NorCal's two biggest blap-tremendo productions of 2019 thus far and consequently dropped his two best singles since 20 Bricks and Dip Wit' U. Laroo himself remains as serviceable as ever, but these tracks got the proverbial heavy tails like killer whales.


3 rules Rappers gotta follow if they expect anyone to take their rebrand seriously: they must flip their whole personality (Zev Luv X to MF DOOM), their O.G moniker must be commercially-doomed when attempting to launch a solo career (Tity Boi to 2 Chainz), or they must change their name early within the first 6 months of their career (WNC Carlos to 70th Street Carlos.)
Posted by Kelvin Mack10zie at 10:25

Email ThisBlogThis!Share to TwitterShare to FacebookShare to Pinterest
Labels: bay area, R.I.P Jacka, rap, why you wanna do that luv huh?, youtube

A comprehensive guide for any rapper thinking about changing their name. Anomaly is Gunplays name change to Don Logan, which didn't work out for all parties even though it's not the most commercially friendly name. Then again, neither is his music, so I don't think anybody in his camp should've had any asperation for rap superstardom.

I think one notable exception might be the dropping of a part of the name, for instance Young or Lil'. These words often add little to a moniker and as such, nobody bats an eye when Jeezy dropped the Young, or Lil' Boosie became Boosie Badazz.

^ No, but I remember when he befriended El-P and I stopped caring about the guy.

Rule number four when attempting a rebrand: your new name must not be worse than your O.G name.

Do we count The Girl Young Mess Mess as some kind of extra failure considering the new moniker got trashed so quickly and easily?

I like Notorious B.I.G. It's grander than Biggie Smalls innit.

Yeah, Mess' was a failure, but somewhat amusing.

Didn't Killer Mike try to change his name to Maserati Mike at one point too?

I don't remember that. Maserati Mike doesn't sound like the sort of rapper who'd work with El-P 😄

Notorious B.I.G. sounds like he'd be down w Massive Genius from the sopeanos, sticky fingaz would play him.

Ppl take for granted how good a name Biggie Smalls is. He didn't even get first (or second) dibs on it like.

Ghostface wasn't so bad because we all just called him that anyway.

How mad must Mess be @ this lad n his success https://youtu.be/G-l5Hn5hUuI