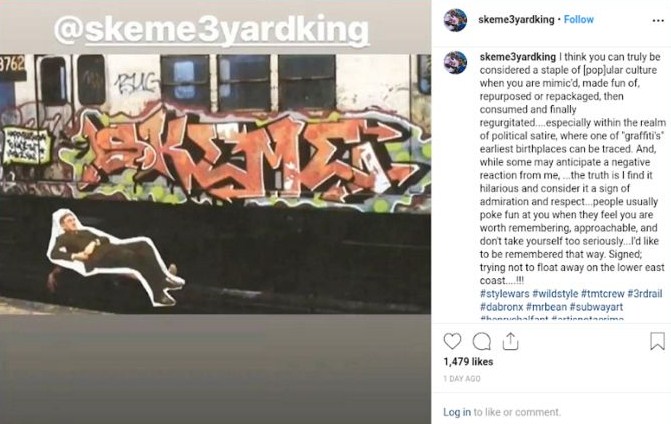 Obligatory wrap-up post of those songs I've played most during the month when world's kept colliding in ever more unexpected ways. If only Jacob Rees-Mogg would take a nap on the third rail.


Eatem - Whoop Sum (2019)
BlocBoy JB - It's Bloc (2019)
Laroo THH ft. E-40 - HOG (2019)
Rio Da Young OG - Legendary (2019)
DJ Deeon - Point 'Em Out (1996)
Calvin Harris ft. Rag 'n' Bron Son - Giant (2019)
Other notables: couldn't even blame J. Cole for the "new" Gang Starr single being a snoozefest; as long as there's breath in my lungs I'ma opine that Milano has never topped Rep For The Slums, but Boulevard Author is close; Dungeon Family's Intentions could have been a new Follow The Light if Big Boi had given more sing-time to Sleepy Brown rather than That Weirdo Rapist Cee-Lo™; Wiz & YG's Shouldn't Matter flipping the G.O.A.T Paul Weller song is another example of world's colliding in ever more unexpected ways.

Related: why couldn't God have taken Sean Spicer rather than Jimmy Spicer?
Posted by Kelvin Mack10zie at 09:41

That's the first song of his I've liked.

I really like it until Milano starts rapping about having cancer near the end. Total downer.

That Showbiz beat is sick, though. Very much DITC pullin' B.B King guitar strings down in the Bronx on some 2019 I'm Not Playing type shit.

YG on that Wiz Khalifa song is lolz.

Never in my life did I ever think I'd hear the guy who made Toot It & Boot It try to sing like Paul Weller over Long Hot Summer.

There's some good stuff on the Milano/Showbiz album.

maybe i'm trippin but Toot It & Boot It is still a career highlight for YG & Ty Dolla.

But it is a great song.

you ever post rico 2 smoove on here? dude has been getting busy since getting out

he raps with a buncha basic ass norcal/central valley deadbeats, but he's got a good thing going. If I ever see him pop up on a track with A Wax I'll be having a good ass day

i said it before, sacramento is america's musical capital

I know of him but don't know any of his music.

I see Pink Chardonnay just posted a couple of his songs too.