What's it gonna take to a get a properly mastered version of Trippin' by Jackie Chain & Rittz?

You might recall Trippin' as that great quasi-Wavy Jackie Chain & Rittz song I posted about last year which I described as sounding as if it were recorded by Madame Fanny from 'Allo 'Allo. It's just been given the visual treatment and, staggeringly, the video's sound quality is even worse than the MP3, as it now sounds like it was recorded inside Madame Fanny's fanny! 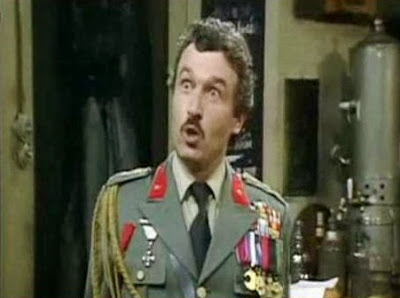 second dude who played captain bertorelli was such a weed carrier.

George Bush does not care about black people

Fun fact: the 2nd bloke who played Captain Bertorelli was the fake John McEnroe from Chalk Dust (The Umpire Strikes Back)