Peep the tracklist here and let's try to convince him to share the 3 previously unheard joints Cause Im your MBP, Sparkle, and Same Shit Different Places (Ghetto Thang is just Bronx N*ggas under a different title apparently) even if it's just to upload them to his YouTube account of #rare gems : 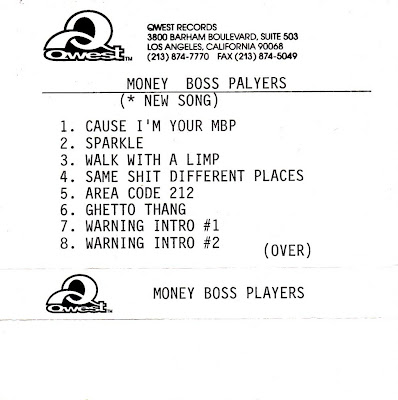 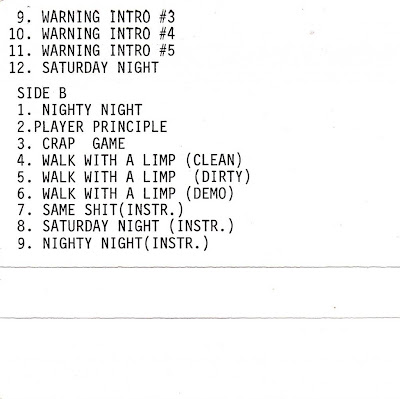 Remember when Traffic Entertainment were reportedly tryna thrash out a deal with Minnesota to release a deluxe remastered Money Boss Players discography CD about 6 years ago? I'm assuming that situation is dead in the water like Richey Edwards now even though an MBP discography would probably put them J. Cole numbers on the board in Germany. On the off chance it does ever happen then it needs to include these MBP tracks and a bonus disc full of CDQ versions of all the Bounce Squad mixtape freestyles that Lord Tariq appeared on as well as his lost 12" banger with the Sammy Davis Jr. sample This Cold World :


I've never heard the Lord Tariq & Peter Gunz album but I'm gonna take a wild guess that This Cold World is better than anything on there bar Deja Vu (Uptown Baby).
Posted by Kelvin Mack10zie at 10:25

I swear Drew searches for music in an alternate galaxy with a secret internet.

Bloody hell, this would make me embarrassingly happy.

After all this Time a Release is finally about to happen

Check Out "Once Upon A Handshake" and "OMERTA" by Eddie Cheeba. They are back recording new music and said a release of there older catalog is in the works

I'm already up on that Once Upon A Handshake compilation. Will check the Cheeba song.