Martorial elegance # 48 : fire bork with us

After the raging success of our Don't Free Max B Or Boosie/But Give Them Studio Equipment In Prison! double-sided t-shirt a couple of weeks back, we've decided our 2nd release in the official Martorialist clothing line will be a Byrd Gang-themed print on a Topshop girls vest ganked from our missus heavy weight pure cotton Real McCoy's Champion U.S.A tank top that we'll be offering as an exclusive to our readers in northern Europe who sometimes get the particulars of Rap musik a little confused. If your favourite rappers are MC Nelly Mel and DJ Black Rob & Cam'Ron then this is the perfect leisurewear for you : 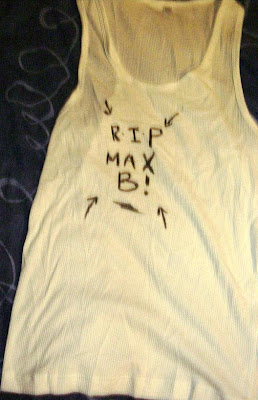 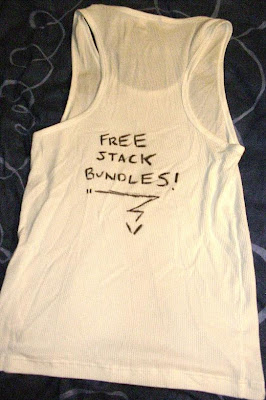 All you have to do to win it is identify the Byrd Gang joint in the second video in this post. Yes, we're now aware a HQ snippet of it appeared on one of Mel Matrix's mixtapes but was the full song ever released?

(Kudos to 2$hin for artistic inspiration.)
Posted by Kelvin Mack10zie at 10:36

so how can i get that shirt

Somebody has just ripped that from the video and called it Apologizing.

In other news, Take that, Bozack!