"No dis to Lil' Kim, I had a crush on you
So Mason ain't call me, then I wrote Crush On You" 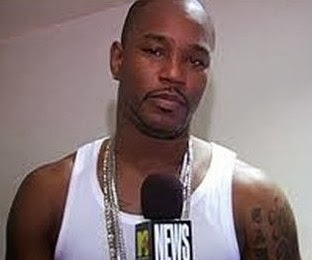 Especially for Jaspar, here's the MP3s of both versions of Crush On You remix along with a brief breakdown of the song's convoluted history: Crush On You was supposed to be a Rap duet between Lil' Kim & Lil' Cease with a hook from Biggie on Kim's debut album Hardcore in 1996, but because Kim was up the duff at the time she couldn't be arsed recording anything else and ended up giving it to Cease as a solo cut on her LP. This was not long after Cam'Ron had been introduced to Biggie by Ma$e, so Biggie suggested to Kim's label boss Lance "Un" Rivera that Cam be drafted in to ghostwrite Cease's verses, for which he was paid the paltry sum of 5 grand.


The Cease version was popular enough to become a single in its own right in early 1997, but everybody was gagging to hear Kim on the song so after a brief maternity leave from rap she finally recorded a couple of verses for the remix which appeared as the B side of the Not Tonight (Ladies Night remix) sometime around summer 1997 but was pushed as a double-A side since it was granted a video and subsequently became the legitimate hit you know and love, while the the original is obviously the best song to bear Cease's name as its lead artist.


Here's a clip of Kim & Cease performing the remix on Vibe Live in 1997. Watch it and be thankful Kim released her best work before the days when every song by a Female Rapper™ is immediately followed by a deluge of feminist 4 hire thinkpieces:

I never knew this or that Cam song. Good looks.

Cam got fucked over.

Back then, Lil Kim didn't look like Greta the Gremlin.

Whoa thanks for this.

That Cam'ron song is awesome too.