Stuff you can learn from messing around on Spotify when gripped by insomnia: there's another Young Thug who released an album in 2010 with a title that's remarkably similar to some Young Thug odds 'n' sods compilation on Datpiff! At least, I'm assuming it's a different Young Thug since the album is almost entirely Google-proof with regards to any information about it and this breh neither sounds nor looks like like Young Thug circa 2010. Who dat? Ummm, it looks like Chance The Rapper on a work experience placement at his local bakery: 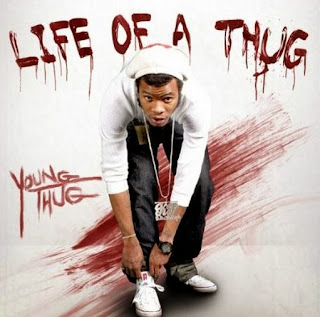 Anyhoo, ya boy Patrick ST 2 Lettaz Michel right chea liked this song from the album enough to cop an MP3 of it because duuk rhymes like the Georgian JR Writer and his "AYO!" ad lib after kicking a heterosexually-questionable lyric is probably the longest "AYO!" you'll ever heard in a Rap song. Also digging that the fella who sings the hook could pass for Holly Johnson from Frankie Goes To Hollywood and how the breakdowns which accompany the hook even sound like they're from a song on the first Frankie album if it'd been produced by Foghorn Leghorn rather than Trevor Horn:

Listenin to this album on Spotfity and it's recommending I also listen to Childish Gambino.