OH MAH GAWD, KING! The blawg overlawd FrankieThaLuckyDog just went thermonuclear on the Rap-internet and announced his retirement from the mixtape and (possibly?) blogging game. Peep the outro from Frankie's latest and final mixtape for 2013's most eviscerating monologue; "TALK TO 'EM, 'PAC!"


Dook throws the baby out with the bath water by calling out Baton Rouge rappers for being too cheap to pay him $20 to book spots on his Louisiana Archives mixtapes before launching into a tirade which takes in the luh he's spread, the amount of unwarranted likes Mista Cain gets on Facebook, his current preference for Gunplay & 2 Chainz over any rappers from Louisiana, Baton Rouge artists not travelling to see him in Philadelphia, and rappers who fuck up their careers by becoming fathers too early! 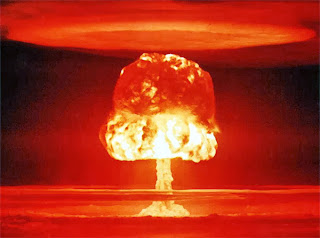 Never forget Frankie has been writing about Kevin Gates for at least 4 years, before casting your attention to Gates' Wikipedia page where you'll notice that hack-savant rapist-apologist Brendan Soderberg frantically editing the career section to make it appear as if his SPIN coverage in 2013 was responsible for Gates blowing up. Obviously we're not ones to gossip or shit stir here at The Martorialist, but even (former?) SPIN editor Chris Weingarten finds Soderberg's weaselly actions on this matter nauseatingly hilarious.
Posted by Kelvin Mack10zie at 13:41

Email ThisBlogThis!Share to TwitterShare to FacebookShare to Pinterest
Labels: dead perez, dropping like flies, rap, you so crazy

"Too many people i've tried to promote get caught up in fatherhood and they lose their passion as a full time artist...it's like, are you a great dad and a shitty artist or a great artist and a shitty dad? you can't be 100 in both worlds"

In early 2013, Gates released a mixtape, The Luca Brasi Story which was called "easily the best rap-related thing" in February 2013 by Spin Magazine

THIS CANT B LIFE

SEND OUT THE PIGEONS

Wait is this his real voice or is this a computer generated voice reading the text that he typed?

Like Soderberg had even heard of Kevin Gates before 2013 let alone been tipping him as "a rapper to watch for a few years now". FOH.

Okay, I think it's awesome that you blogged about me. However, I'm not really a fan of you calling me an "autistic whigga" 'cause I'm not, and you should remove that reference; Baton Rouge's spelled "Rouge," too.

Yes, Gunplay played a huge part in gettin' my focus away from Louisiana. Realizin' how awesome he iz made me rebel more on those that lacked acknowledgin' me. 2 Chainz's so active to where I can't escape him, either. However, surprisingly, my Louisiana passion only got worse right after this mixtape. On February 5, 2014, DJ B-Real, my favorite rap artist/producer, had blocked me from online & changed his # on me. After that, there weren't anymore Louisiana adds, on my playlist, and I had gotten a job, since. No playlist adds means no adds for my mixtape compilations. Luckily, I was able to put out a Vol. 17 on March 20, 2014, but nobody had booked a position on Vol. 18. It's not that I retired, it's that when there's no calls, there's no purpose. I will continue to do random things, but I will focus mainly on myself, now, since self-centered iz what's 'cool.'

That quote one of tha comments wrote about tha fatherhood/music thing, it's 100% true. I'm sick of all these artists blamin' their kids for makin' them "too busy." Meanwhile, they're on Instagram 100x a day, etc., and don't peep out my shit. Gee, thanx? Thank God I'm not a dad; I keep puttin' my career first!

And, that's my real voice, though a lil' computerized 'cause I wanted tha hosting to be enhanced.

To add: I dunno why people think I'm in Philly; I live 2 1/2 hours from Philly. I live in a random town 'cause of my mom remarrying. It's a town with no black people, no rap music lovers, and old people. However, I'm New York-raised.

Anything for you Frankie.

Thanx 4 re-editing it. And, I wanna point out, which I hinted in tha previous comment: I wish you could write DJ B-Real and tell him how him blocking me/changin' his # on me/not stayin' in touch wit me has really wounded my Louisiana passion. If he could reconnect with me, that would mean tha world to me.

Tha more people contact him, tha better tha awareness gets put out there!

Frankie, hook me up with an MP3 of that I'm A Shop Shutter song by The Shop Shutters which you played in your Big Markee R.I.P and Louisiana Pit (12.04.2010) videos and I'll get everyone I know to contact DJ B-Real on your behalf.

I usually don't fuck wit sharing songs, anymore, but since you mentioned you'd help me with gettin' B-Real to reconnect wit me, sure: http://www12.zippyshare.com/v/3486304/file.html

Yeah, B-Real blocking, changin' his # & not wantin' to do anything with me, anymore, has really made me move far away from Louisiana interests. Like, my interests have been dying, slowly, each day. He was tha best, to me, and it sux when your favorite person/rap artist blocks you/doesn't want anything to do with you, anymore. So yeah, I hope he takes what you (and others) write to him into consideration! I just hate how on Facebook, you have to be his friend for it to go into his inbox (it goes in his "Other" folder) & on Instagram, it's private, but you can mention him. Ugh, why iz he so private, but wants to be "big;" why? Contradicting!

Thanx for the song.

Just sent him a friend request on Facebook and will get other people to follow suit. These rap industry dudes really don't get how things work on the internet.

Most definitely! I hate how he only approves from people he only knows, in person. But yeah, if he don't approve it right away, write him a message about me. You can talk about how great I am with promoting/my passion for Louisiana, and that he should regret blocking/not stayin' in touch with me. It's really ruinin' my passion for Louisiana. Also, I'm not sure how much he goes on, or if he goes on Instagram more... He's a real question mark...

It even took me two years to get him to approve my request. Like, I requested him durin' tha MySpace dayz of '09 & he ignored me, due to he didn't know who I was. Then, in 2011, when I interviewed two rappers about tha "bow, bow" in tha background, of some songs, he caught on with me. Sucks that 2011 was when he used to watch shit, on YouTube, as he almost NEVER watched/checked out anything I did for him, last year. He's tough to figure out; I wish he was more open than this private secret. He's worth WAY more than a private secret!

Instagram might be your best bet gettin' a hold of B-Real. I just saw from producer, Young Hits, that he shared this, not even a week ago, str8 from B-Real's "private" IG: http://instagram.com/p/psV8yntGi_/

I dunno if you can comment on it, if you're not followin' him, but I hope he gets back at you, soon, when you and a bunch others write him.

Oh, aight; best of luck. Hopefully, others are reading this and consider writing/adding him, whether it's Facebook or Instagram. I look back at all tha shit I've done for Louisiana, and I can't believe he wiped out my passion, completely. I hope one day, he opens his eyes and realizes what he's done.

I dunno how often B-Real checks his email, but tha two emails he gave me were:

When I email 'em, I usually email both, at tha same time. Maybe, you can copy what you wrote to him on Facebook, and paste it to an email, if you have one.