'Tache of the titans

No sooner am I slightly sniffy towards Lil' Phat's current star billing in the Trill Fam hierarchy at the expense of Mouse On Tha Track and Foxx does he casually return with his best solo cut since 2009. Phat has already had the honour of being bestowed a Mannie Fresh beat for Talk Some Mo' Shit, so Countin' Money here sees him taking his Mannie fetish a step further by rhyming over production which somehow manages to approximate the 2 Solja Rags classics I Did That and Roll With 'Em simultaneously :


The main talking point here, however, is Phat's new spectacles and moustache combination; friday got on my glasses, saturday got on my classics : 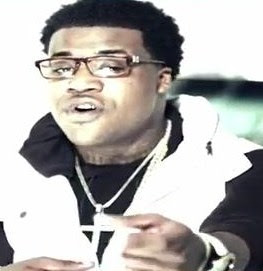 Mang this is the business, Trill ENT are killing it.

I hear more Money On The Couch in this than anything else though. Which is class cos its my 2nd favourite off Solja Rags after Whos The MF.

Your Money On The Couch bias is affecting your hearing, imo, bruv.

Ah now I'm thinking the horns are from another Mannie beat too. Its the same ones as Roll With Em, just used differently?

Eh I think I'll tap out on this one.

YOU SHOOT, I SHOOT
YOU MISS, I HIT
HOT BOY REPRESENTIN' THAT GANG$TA SHIT