It's not exactly The Show as far as rap songs which pilfered one of the most naggingly catchy theme tunes of the 80s by the Bernard Herrmann of children's animated television go, but Inspector Gadget by Bad Boys & K Love isn't quite as brazen a novelty record as the similarly themed ditty by the Kartoon Krew, and discovering the song had a video whilst browsing Youtube this evening has reminded me I still need to investigate the rumour that Dr. Claw's identity was finally revealed in the concluding episode of Inspector Gadget. BRB, so feast your eyes on this in the meantime :

Okay, so said rumour transpires to be absolute balderdash because Google informs me that the face of the M.A.D organisation's evil head-honcho was never disclosed in the show's 1983 - 1986 run and remained a mystery until the 1992 release of an Inspector Gadget action figure line, where DiC pulled off a marketing masterstroke par excellence by encasing the Dr. Claw figure's head in a piece of cardboard emblazoned with "Reveal the mysterious Dr. Claw! His villainous face has never been seen before!" on it, thus ensuring you had to shell out ten bucks for the toy before you could unveil him and solve one of the greatest enigmas in TV history alongside the revelation of # 1 in The Prisoner, Dallas' who shot J.R? storyline and just which Neighbours producer greenlit the Bouncer the labradour dreams about marrying Rosie the sheepdog sequence as a good idea : 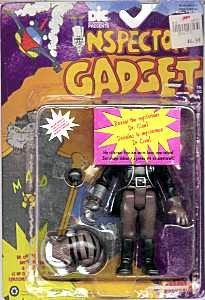 What's Dr. Claw going to look like then, chaps - some sort of dastardly half-human/half-cat hybrid? An animated version of Donald Pleasence as Ernst Stavro Blofeld in You Only Live Twice? A robotic feline who resembles the M.A.D logo? Kat Stacks? Behold the most enigmatic cartoon heel of the past 30 years : 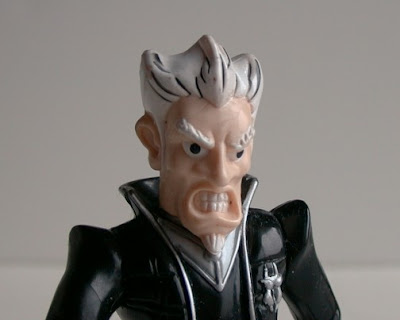 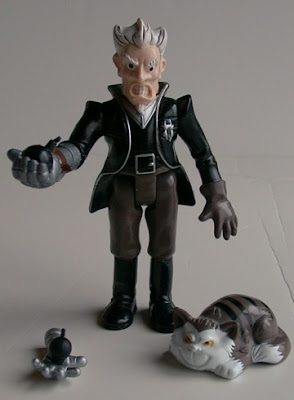 Since the face been revealed, the game got real is just Jake Busey thizz-facing on pills? Whigga puhleez. This is what it must have been like for movie fans in 1980 when Steven Spielberg tinkered with the ending of Close Encounters Of The Third Kind 3 years after the film's initial release for a director's cut special edition, with Columbia's extravagant marketing campaign behind the re-release hinging on the public finally being able to witness the celestial wonders inside the alien's mothership; their need-to-know got them a few additional anticlimatic minutes of Richard Dreyfuss puffing and panting at flying balls of light, and our inquisitiveness rewarded us with little more than a plastic constipated version of Gary Busey's offspring who's only really notable for being in Starship Troopers and looking like the singer from The Offspring.
Posted by Kelvin Mack10zie at 19:31

Email ThisBlogThis!Share to TwitterShare to FacebookShare to Pinterest
Labels: rap, why you wanna do that luv huh?, youtube

Your blog just solved a childhood mystery of mine and I am overwhelmed with disappointment. Feels bad man.

Jake Busey Thizz facing is a good description, but his hair and face look like he is actively in a wind tunnel as well. I always pictured Dr. Claw having a super fucked up face that was burned and cut and shit.

Wow....yeh that is a let down on last series of Wire/Sopranos levels.

Dynomutt was my shit anyway.

this fool looks like ted danson in 'bored to death', hardly a super-villain!