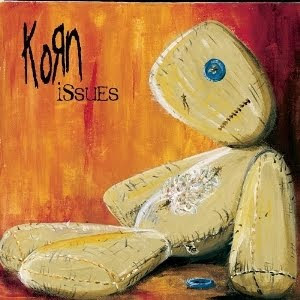 If we discount Let's Go from 2007's Top Shelf '88 compilation where the mid noughties Puba Maxwell rapped like a more ostentatious version of himself in his pre-Brand Nubian Masters Of Ceremony days, then can we pinpoint Pete Rock's locomotive remix of Issues as the last truly great Grand Puba solo song? I've yet to take the plunge on that Retroactive album he dropped a couple of years back, but, yeah, I'm going to hazard a guess that there's nothing on it as swangin' as this :


Even though they were both long since past their respective primes by 2002, Puba rapping over Pete Rock was always a dependable combination so it made perfect sense Pete was drafted in as the Fix-It-Man for this remix, which was panic-released by Koch to try and salvage what they could from the debacle that was Pu's Understand This album after the ever-enterprising Maxwell scrimped on his production budget by rapping over his own godawful Bontempi keyboard tootings instead of outsourcing suitable beats from people like Pete, Buckwild, Dr. Period and The Beatnuts, or perhaps even DOOM and The Heatmakerz. He wasn't the first rapper to do this, nor would he be the last, and, yes, Z-Ro, narrowed gazes are being cast in your direction here.

Our Fat Lace homie Greenpeace prefers the original of Issues to Pete's remix. Please tell him that he's acting like Whistle on this occasion, chaps.
Posted by Kelvin Mack10zie at 09:16

dont remember this track at all. I've only skipped through and both versions sound good but at the moment Im going with Greenpeace on preferring the original. I'll have to bump them back2back on something than a laptop for a proper decision though.

Puba & Petes like peanut butter & banana & bacon. Pete kept changing his tune about which writing credits were his but even if its just The Creator they're a top 10 unoffical collabo.

Always been confused by how they could flawlessly have fireworks come out of Shabazz's body on Dynamite's cover, but ten years of technology later 8ball could still have out of focus vultures twice as big as the wheels on his Chevy.

Yeah, remix wins in my opinion. I really miss loops and breakbeats.

I'm glad you didn't list the remix for Slow Down as one of the great Puba/Pete moments.

Yeah, it's not too different from the original, but I found Pete's vocals to be annoying on this one. There are times when the adlibs sound natural; here, some of it sounds forced.

hmm yeh might have to second step on that... retroactive was dirt as well, from what i remember.

Son, do I got to spell this out again? The O.G. version all the way. It's not exactly 'Shut Em Down' or 'Jump Around' is it?
Great post though Marty and even if we agree to disagree, making the masses aware of Puba's 'Issues' in any form is a good thing.

Streetz gon' know this shit by hook or by crook, dawg.

Just to throw embarrassing facts about me out there, I totally owned that Korn album in high school. I must have felt misunderstood or some shit.