"I'm popular - I'm a rap star
But I live like a rock star, runnin' from the cop car" 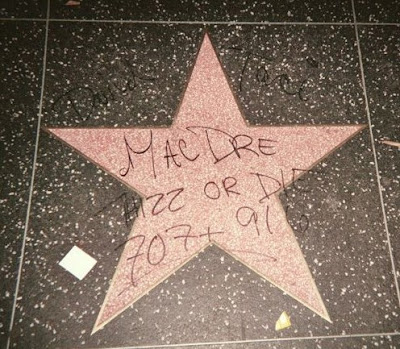 Nowt to do with Mac Dre, the bay, the Hollywood walk of fame or graffiti, but one of my favourite inconspicuous mixtape tracks of 2011 has just become a viral-single with this video :

Ayo Webbie - you'll have your own eye out one day by leaving the plastic price tags on them shades, bruv'.
Posted by Kelvin Mack10zie at 20:12