As ever, just some joints you might have forgotten or missed; all from the last decade this time. 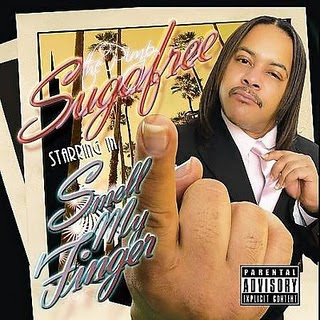 Suga Free - Allergic To Bullshit
(From Smell My Finger; 2008)

I present this cut from Suga Free's fifth CD as a primer for his rumoured reunion with DJ Quik on Street Gospel 2 next year, because with Quik's festering animosity towards his sister and Sug' still seething from his baby-momma Kelis-ing him, can you imagine the magma they're going to spew on there? If Allergic To Bullshit is any kind of indicator (personal highlight : the "what, cadillacs ain't gon' roll no mo' 'cause your ass gone, bitch?" ad lib) then MY GOD, KING, IT'S GONNA BE A SLOBBERKNOCKER and the closest we'll ever get to the Bitch Haters Club album which Kool G. Rap & Akinyele failed to deliver after Break A Bitch Neck. Technically, this isn't an official sequel to both parts of Why U Bullshittin' but I look at it as an Army Of Darkness type situation where the parameters of the originals have been broadened and the absurdist comedy has been ratched up a good 10 notches thanks to the central character's O-T-T performance. "Get a paper route, Bitch!" 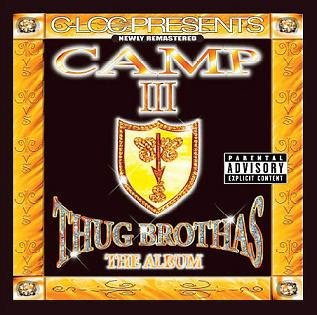 Camp III's psalm to staying strapped by C-Loc and Lay-Lo was a cunthair away from inclusion on my recent Camp 'Loc compilation but ultimately snipped from the final tracklist because the 3 Boosie songs from that album are essential and I'd already featured one Triggerman-inspired track in Tear It Down from 'Loc's Life's A Gamble. Did the Concentration Camp zip tickle your fancy then? I've got an expanded 35 song playlist variation of it with supplementary joints like Who Am I by C-Loc, a handful of cuts from My Balls And My Word, Take It Like A Gee by Lay-Lo, Lil' Boosie Anthem and I Got Dat Slap by Boosie, and Immuh and Whoa Na by Maxminelli which I regularly thug out to when sitting alone in my 4 cornered bubble bath staring at Kuumba Rain Barre incense sticks. 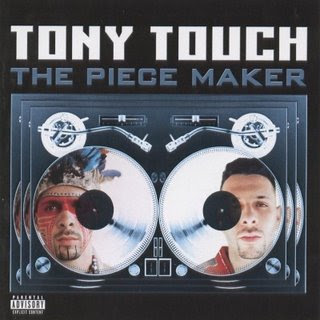 Hear that noise? It's a 21 gun salute for Drew Huge since he was the first person to use a Christina "8-Off" Aguilera pun in print. One of these days I'm gonna frogsplash right into Agallah's catalogue because I've dug everything I've heard by him from the 90s 12" cuts like 5 Star Millas and Crookie Monster to the noughties mixtape classic Gangsta and his much-underrated 2006 Dipset-era You Already Know album to last year's Treez For Xmas joint. This banger from Tony Touch's compilation for Tommy Boy, however, knocks harder than all of those and, even though the album features cuts from Prodigy, Gang Starr, Heltah Skeltah & Starang Wonduh, and D.I.T.C & Kid Capri (not to mention the Diaz Brothers cut with Doo Wop and the surprisingly ill Get Back by D12), the Clarence Boddicker's brain tissue-powered machine we use to settle debates here at The Martorialist office always goes nee-nee-nee-nee-nee-nee on Adolf "8-Off" Agallar whenever it's asked what the best song on Tony Toca's album is. 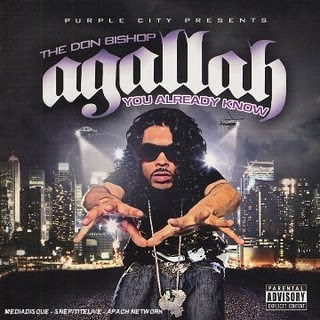 Even though Agallah's debut single was a peculiar LOLz-worthy attempt at a chick-friendly summer jam back in 1995, his name's always been synonymous with looming New York grittiness due to Till My Heart Stops with R.A The Rugged Man from the first Soundbombing, the GTA III-approved Keep Rising To The Top with Sean Price and New York Ryder Music being his 3 most widely known songs. But the Don Bishop period of his career resulted in him revealing the other strings to his bow with joints like Club Hoppin', which would've been a way better soundtrack to the surreal opening scene in Belly than Back To Life by Soul II Soul, right? The key to scuzzy N.Y rappers making quasi-club bangers appears to be man dem like Ralf & Florian, because the Trans-Europe Express-sampling How Low by Ag's oldest grimy saltine confidant by R.A also went similarly hard in das diskothek a couple of years earlier in 2004.
Posted by Kelvin Mack10zie at 19:27

Oh shit! Man, what you really know about "You Already Know"?! I don't have time to read this right now, but I shall double back.

good stuff. need to pull out that Tony Touch CD, havent heard it in years. Drew Huge needs to get some respect as something of a forefather of the whole informative & opinonated comedy rap blog steez. Im sure there must be a better catch-all name for the sub-genre tho

Yeah, Drew is definitely one of the founding fathers.

You Already Know is my shit.

Suga Free was on stage with DJ Quik about three months ago, so I guess they're tight again.

DUDE! Allergic to bullshit i my shit, Smell My Finger was a great album too. Gotta love how Suga uses the David Bowie -"FAAAA-MMEEE"-flow. Beats Jay Zs use of it on Takeover. Quick and Suga back together was the best news all year, tears came to my eyes when I listened to the full version of Nobody

Keep up the bad work
( http://www.youtube.com/watch?v=x5ZRWQynkqk&feature=player_embedded )
is also a fine piece of babymamma thrashing

Yeah, there's a lotta good songs on Smell My Finger.