A Max Minelli compilation 4 u

Young Bleed ft. C-Loc & Maxminelli - Better Than The Last Time
(From My Balls And My Word album; 1998)


If you're not up to speed on Baton Rogue's original exponent of "I'm a ordinary person but I'm paid!"-Raps then there's no better way to acquaint yourselves with Max Minelli/Maxminelli than Better Than The Last Time, which is essentially a Max song bookended by small supporting roles from C-Loc and Young Bleed. If you are familiar with Better Than The Last Time and the rest of Max's cameo verses on My Balls And My Word but you've still never bothered to delve any deeper into his admittedly vast catalogue then here's a quick primer compilation made up of ten of my favourite Minelli joints from his solo albums.

Specialising in the sort of everyman Country-Rap that's now become shorthand for Joe-The-Rapper earnestness thanks to its more modern apostles like Big K.R.I.T, Max avoids the pitfalls which plague most of K.R.I.T's material due to his old fashioned hard-nosed arrogance, his sense of humour ("watch how they jock my style/mayne, I kicked more bitches out than Destiny' Child"), his sharp wordplay ("I stay fresh ta death but that's so irrelevant/the same closet I hang up my clothes I keep skeletons") and the varied production of his main beatsmith, Baton Rogue minor-genius Happy Perez.

In summary, Max doesn't Rap like an ol' Bud Fox's dad-soundin' ass bluecollar bore, the production he uses successfully apes Mannie Fresh and Beats By The Pound as well as Pimp C and N.O Joe and even hints at the Lex Luger Trap-banger with Thug Thang remix, and this compilation is a pretty swell little introduction to him if I do say so myself : 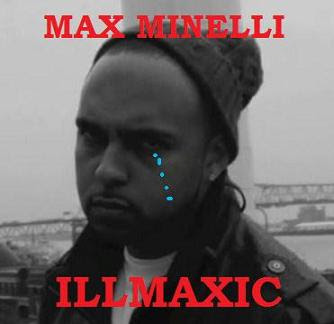 got this yesterday and listened to it last night...good shit!

This comp goes man. No love for his Pre-Med EP?

Really feeling the Concentration Camp run this blog has been on but how do you combat the ethical quandaries arising from your unhealthy focous on Baton-Rouge rap keeping you awake night?

Has Lil Phat ever confided in you how he feels hes not getting his fair shake in teh blogosphere aka irl because of your zingers directed at the influential industy gatekeepers?

Only song I liked on Pre Med is Amped Up.

Yeah, that's what Countin' Money is from. Gonna be a classic.

love your blog. can you re up this?

Yeah I'll do it later.