A Foxx compilation 4 u


Rich Nigga still gets my vote as the highlight of Don't Work, Don't Eat, but ANU and Drake were both right to gravitate towards 3rd Person since it's the Rap game's answer to The Jimmy episode of Seinfeld and now that Gun Sounds-Rap has reached its apex with Gunplay's Jump Out Electronic Ca$h Counter-Rap needs to become the new sound du jour of southern Thug-Rap in 2012.

Because Foxx remains a perennially undervalued Rapper despite his charismatic personality, knack for songwriting and ownership to the deeds of Trill Ent's biggest hit, I done threw together a swift Best Of compilation comprised of cuts from his Street Gossip album and his My Haters Love Me Most, I'm Carolyn Son and Hemi Hemi Gone mixtapes. If the only Foxx-A-Mill you're familiar with is the Wipe Me Down remix and his cameos on Boosie and/or Webbie joints, then behold the Rapper who justifies crashing his car when driving home drunk from the club with the logically sound argument that he paid for the vehicle so he can do what he damn well wants with it : 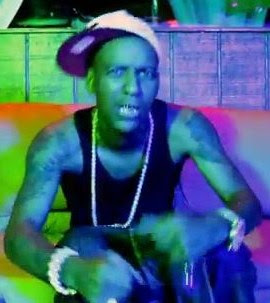 thanks, this is of public interest.

I'm someone who has never heard any Foxx other than his songs on the Trill comps so this is appreciated.

Stressed Out is one of my most listened to tracks of the past three years.

Have you ever seen videos of Foxx, lately? "Foxx, Lately" the television show. Really though, dude is a straight functioning addict. I"m not surprised he wrecks his own cars (they tell me I'm a star, that I'm a role model, say I abuse liquor 'cause I drink the whole bottle).

Dude can barely open his eyelids.

BARELY THERE LIKE MANNIE FRESH EYEBROWS AND FOXX EYES!

Haha when I saw this,

I knew I needed to pay more attention to Foxx. No idea how dude functions enough to make music.

Fucked up like Foxx in general / Foxx's sideburns on the "Man in The Mirror" mix tape cover.

Fucked up enough to get the rare RARE rap eyebrow piercing.

I'm embarrassed to say I'm oblivious to the existence of Man In The Mirror. This comp seems so lightweight now :(

More BR related questions continued from a previous post - have you listened to Webbie & Lil Phat's "Trill 4 Life"? I just found it ... so much rare and secrete Trill Fam material.

Now that I do know. Lovin' U Is Wrong has been posted on here since it's a Trill Fam emotional tour-de-force.