Who the fuck is Young Dolph?

More pertinently, do black ppl really have WASP-ey names like Dolph in real life and why is Dolph suddenly a ubiquitous presence on every song to come out of Memphis that's been posted on DGB over the past month and change? The entire Martorialist mob are still decked out in our Team Zed Zilla v-neck tees and this godamn Dolph varmint keeps giving us nipple rashes from the friction of him continually ganking Zed's seat in Memphis Rap's current game of weed carrier Musical Chairs.

Other than that, this post is little more than a missive from the thursday-filler folder to let you know that Dope Flow from the Rents Due mixtape is the shit too because it's like an episode of Doctor Who where Dom P's ex-schoolmate and the hawt ginger stallion take 2011 $tarlito back in time to when he was signed to Ca$h Money Records in 2005 just to secure him one of those melodramatically wailing guitar solo joints Wayne was fond of circa The Carter II. If the winter weather has got you feeling existentially tormented like Ja Rule in the Put It On Me remix video then Dope Flow is the song 4 u : 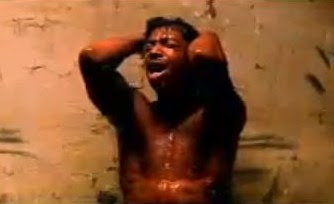 Young Dolph has kind of a 2 Chainz vibe to him

lol was thinking the same thing. he must be managed the same people was don trip.


Haha holy shit, perfect. Mostly because it is hilarious and true but it's good to reflect that there are dudes worse off than me, namely Jeffrey Atkins.

Also I actually listened to the new Young Dolph tape that came out. Some of the best moments were the four phantom AOL / AIM noises that found their way into the mix and when Tity Boi described his blunts as looking similar to a broom. Yes I know dudes everywhere have been putting two blunts together forever and it is silly that tity boi is so excited about doing it - but brooms are funny.

2 Chainz is on a song on the Zed Zilla 'tape which would be much better off without him.

Gonna get me a Free Ja Rule shirt and bumper sticker.

@ Martorialist - I'm sure you are aware, but Dolph and Zilla are supposed to have a group under the ever original moniker "Kush Boyz".

Huntsville, Al's Zilla is the most important Zilla for me these days. Speaking of collab tapes, I anticipate Zilla and Junebug's more than anything else.

A lot of Tity Boi's output post Codeine Withdrawal and Trap-A-Velli 2 has been far less appealing to me, but apparently far more interesting to the masses.

Bigga Rankin did Tity's Trap a Velli 2 tape and this tape by Dolph, so I assume he is the common link amongst all of those artists. He has some good underground projects going with Southern artists, especially from Florida. Youtube trolling for life.

I wasn't aware they were forming a group together. Oh FFS.

Bigga Rankin still did my favorite gucci tape, 'zone 6 to duval,' which was slept on aside from on my site because of my boosterism. but bigga rankin knows how to sequence a mix gott dammit