No American na fi do Reggae

The great irony about Reggae is that, whilst Eddie Murphy and Shaggy helped save the genre from amounting to little more than a novelty parade of Marley family members and endless boring Lee Perry albums, Americans are otherwise inept at anything related to it. Thus, it's not entirely surprising that Ty Dolla $ign would hop on a remix of Kranium's Nobody Has To Know 2 full years after it first dropped and a good year & change after someone blended it with Bhris Brown's Show Me when he lives in a country where UB40's Red Red Wine is considered a Bashment tune.


But if ever there was a Yank arist who could lace the remix of a Dancehall classic about shagging another bloke's girlfriend on the downlow with some saucy poetic flourishes of his own, then you'd think it would be the guy behind the "I got another n*gga's bitch in my bed right now" song. So what does Ty do now he's been given the perfect opportunity to retcon the R. Kelly track which begat his own whole persona? He trots out a minute's worth of rote signifiers about strippers that sound like they were too generic for Drop That Kitty, if such a feat is even possible. 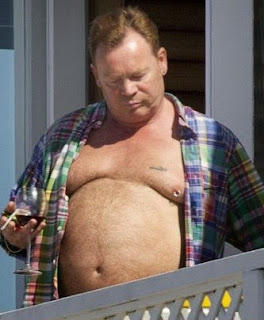 Email ThisBlogThis!Share to TwitterShare to FacebookShare to Pinterest
Labels: why you wanna do that luv huh?

Heard this one on Westwood a lot.

when he lives in a country where UB40's Red Red Wine is considered a Bashment tune.

Not that I know of, Ben.

I think he did do some J-Pop song though!

The nipple ring is so nasty lol