HEY YO, IT'S SURVEY TIME! 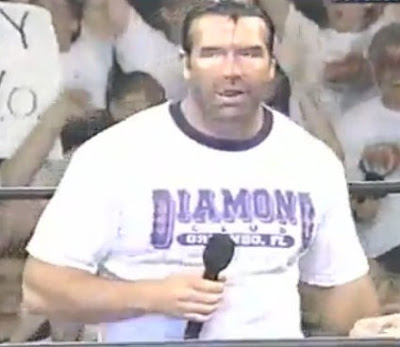 Was it the cabal's very own lackey Yayo?


“Okay Cupid” is the latest offering from one of our favorite songstresses, Kitty Pryde, produced by one of our favorite producers, Beautiful Lou. Though this may seem like a strange combination at first, the pair offer a surreal little number about adultery, drunk dialing, and inner-lip tattoos. The young Princess presents her usual tongue-twisting, self-loathing raps, before she breaks down into song near the end, singing the chorus to Frank Ocean’s “Thinking About You”. Lou’s translucent beat allows Kitty to further flutter forwards, until the song abruptly ends with an adorable little giggle tacked on the end.

Or was it our old friend Paul Lester from The Guardian?

The background: She's the hip-hop Taylor Swift, or Tyler, the Creator, if he were a teenage girl cloud-rapping about sexting, drunk dialling and pill snorting. She's this nano-second's viral sensation and by tomorrow she'll either be the biggest thing on the planet or the subject of enquiries about "whatever happened to that white-girl rapper named after that X-Men character?" The song that's causing all the commotion is Okay Cupid. It opens with her yelling at whatever parent happens to be in earshot to "Get out my room – bleh!" before declaring "It's my party" like a 21st-century Lesley Gore in the body of Kreayshawn. It's insouciant ("Read my lip – it's pouty"), it's sarcastic ("Your cigarette breath – well, I thoroughly enjoy it"), it's a Tumblr-age Mean Girls and Heathers condensed into three minutes of cloud rap perfection – the producer of the track was Beautiful Lou (who has worked with Lil B and A$AP Rocky), and the Pabst Blue Ribbon-drinking, self-styled "freckly freak" in the Yeastie Girlz T-shirt has even got the same management team as the Main Attrakionz boys.

This chopped'n'screwed, slow-motion dream-crunk is so our thing we can hardly believe our luck. And we thought that even before we heard her rhyming "I used to be a pimp without emotion" with "singing the Frank Ocean". She's got another new track called Justin Bieber that confirms her potential status as the first post-cloud rap teen superstar. The music's in the same ethereal realm as Main Attrakionz et al, and you can tell she loves Danny Brown as well as Odd Future – she fantasises about marrying Bieber, but first she wants to run over Selena Gomez (twice).

Pryde, who may be anything between 17 and 24 and works at Claire's, the accessories store, has had tweets from Earl Sweatshirt, and her Odd Future love is most evident on her previous release and debut EP, the Lizzie McGuire Experience, where she matches their feat of making the music somehow at once unsettling and pretty. It's partly in the woozy off-kilter synths, and partly in the lyrics: on Charnsuka her obsession with some boy leads her to threaten to drink his bathwater. It's on He (Tommy Cantewell) that she becomes what we've been waiting for seemingly for years – a female rapper to match Eminem et al: here she wants to bone the boy and put him in the back of her trunk. She goes furthest on Sickfit (aka Tha First), on which she decides to chop her beau up into pieces while complaining about the stoner bores who "sit around all day looking at titties on the internet", those "fuckin' losers who'll never get their dick wet". Meet Tyler Swift.

The truth: Ladies and gentleman, we bring you … Talia, the Creator.

Most likely to: Become a viral sensation asap – or rather, A$AP.

Least likely to: Get a cameo on Lizzie McGuire.

What to buy: Okay Cupid and Justin Bieber are, like, everywhere.

That Yayo post is seriously the funniest thing ever.

Paul Lester has just ruined Heathers for me.

saying 'white' = a 'based' complexion is awfully problematic. i vote southern hospitality too.

Yayo is probably the biggest cornball on the entire internet.

All of these people who wrote about Kitty Pride are pedophiles.

LOL @ this one too

Thu guy who wrote it is a definite pedo

ROFL & Florian. I'm pretty sure this site gets more hits a week than No Jumper got in its entire existence of puff pieces about SpaceGhostPurp, Main Attraktionz and Khalil Nova.

Its Trinidad James... Rapping like 1-2years.. not good at it. Touring... Hanging with stars and shit.. but producer for him isnt famous tho.. somebody expose this.. it wont make any harm to this persons career anyway.. people just ignore this. i hope you aint talking just some random 1milli views kitty here as ''hanging with stars''

To be honest, I'm sure we had better traffic BEFORE we covered all those other artists. :<

Also, didn't mention this earlier, but Pellion might claim they made Kitty happen because certain other failed bloggers actual 'girlfriends turned rappers' couldn't even get beyond Tumblr.

thinking about this it makes sense ive sort of followed her come up and this girl did get some random famous production when she had that little internet stir, Ive seen her write tho. I live in daytona and have hungout with her and her firends before and they showed me some writtens by her at a party.

Trinidad's first tape ha drandom famous hipster and edm production tho so its a toss up for me.

I heard Walkmaster Flex got shot in his ass.

Im starting to think it was actually Trinidad James after all and we are just being sexist tho. obvious maybe - there was no cover up and he admits he just started rapping but

Some of the pieces dont add up - hipster year end lists, cloud rap producer and notable friends but that can all be explained away by the producer and friends being nobodies and "wtf is a hipster". He and the producers still being called The AGE Guy(plus he supposedly gaffled the beat from that Too Short song so journalisims ethics would hardly be a concern).

Still doesnt explain why the accused etc were pretty much the only ones being massively dismissive of this rather than chomping at the bit for the big reveal like everybody else though. Its an event!

EVERYBODY WANA KNOW WHY IM RIDIN ON SOME OF THESE PUSSY RAP BLOGGAZ ? EVERY POST I MAKE FRUITFLIES CALLING IT A DIS POST!!!!!! NEWS FLASH..... WHEN I REALY START RIDIN ON BLOGGAZ IM GONA SAY THEY NAMES! I DONT PLAY NO GAMES WIT BITCH MADE MTHFKAZ! BLOGGAZ N THIS RAP SHIT 85% FAKE AND FRAWD! BLOGGAZ + YES MEN GOT MAD N THE WAVERY BUT MOST OF THEM PUSSY BLOGGAZ AINT EVEN GOT NO WATER! YALL BECAME WAVEY AFTER SUCKIN' YAMS DICK BITCH! THE REAL WAVY BLOGGAZ KNOW ME! I GOT RESPECT 4 THE REAL BUT FUCK U INTERNET TWITTER FAKE A&R CHANGE YO MUSIC AGENDA EVERY MONTH ASS BLOGGAZ! REAL TRILL BLOGGAZ IS TIRED OF THEM BITCHIZ AND IM THE ONLY ONE THAT HAD THE NUTZ 2 SAY IT AND THE MOUTHPEACE 2 BACK IT UP!!!!!!!!!! AND 2 THEM WIGGAZ THAT SAY I AINT REALY BLOGGIN!!! ASK YO READERS IF IM BLOGGIN' WIGGA! I CAN TAKE A BLOGGER READERS THRU YO SITE WIGGA! 2 EVERYBODY RIDIN WIT ME LUV CHUUUUUCH! 2 THE ONEZ THAT AINT! PICTURE ME ROLLIN LIKE PAC(RIP)! KEEP THROWIN SALT ON ME! THATZ SEASONING 2 A STEAK!

I can't even read that response because the layout/dancing pony is uglier than a MySpace page.