Is Lil' Reese a worse human being than Jimmy Savile?

C'mon now, sons, moons and earths - if there's 2 reasons to hate Lil' Reese it's not because he beats up his baby-momma and throws punches like that gay lad who knocked Lil' B out. Hell, it's not even that his voice sounds like what you'd expect a Lupe Fiasco weed-carrier to sound like and that he has no reason to exist beyond being a Chief Keef back-up dancin' ass video homie because he's technically no worse than Keef's couple of other charisma-free indistinguishable Rapping BFFs.

No, the 2 reasons we should all loathe Lil' Reese are that he's the dead spit of the 7th guy you'd see on some British Grime posse cut video from 2005 and Def Jam will probably release an album by this ol' Masta Killa of Roll Deep lookin' ass hack next year as they let Peedi Crakk's A Night In The Life and Gunplay's Medellin rot in their vaults alongside Flava Flav's 1991 Bomb Squad-produced solo album : 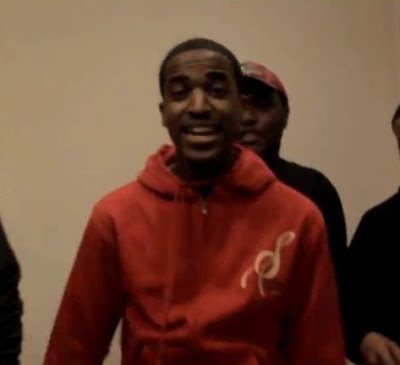 Reese ought to be awful thankful for the I Don't Like remix, Frat House by Slaughterhouse, Work by A$AP Ferg, Father's Day by Yelawolf, Reagan by Killer Mike & El-P, and that Vinnie Paz joint over a sample of one of those those overrated ol' glorified Robson & Jerome soundin' ass albums Johnny Cash made with Rick Rubin in the 90s (*1), or Savage would be a no-brainer for the worst song of 2012.

*1 Actual factz : Johnny Cash's only real great late-career renaissance was his stunning Muppet Show appearance; after that it was all downhill.

I once had the misfortune of watching a live video of Slaughterhouse due to a misguided friend of mine who loves Budden, and most of their set seemed to consist of them doing their BET cipher freestyle.

I assume that's because all of their actual songs are as appalling as Frat House.

'Reagan' is not nearly one of the worst songs of the year, regardless of your opinion.