Roc-A-Fella was the army, better yet the navy, OVO is an Islamic terrorist organisation? 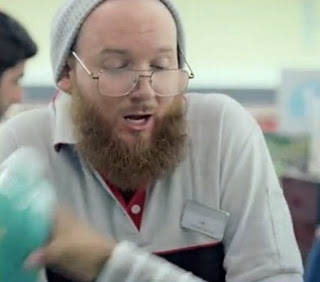 Think about it, yo: Drake's woefully unfunny carrot-bearded fat mate is clearly one of those Anglo-Saltine ginger jihadists who've been in the news recently. It remains unclear whether dude's goal is the destruction of America or just the brainwashing of U.S citizens into accepting inferior Canadian imports of their own artists/finding ‘zany’ Canadian comedy funny, but Abu Ham-face is clearly orchestrating the whole OVO operation whilst public-face Drake is little more than a trojan horse concealing some very unsavory intentions. 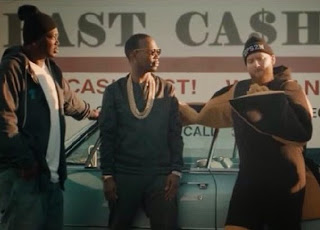 His name is OB O'Brien and he raps too

Yeah, thanks for reminding about this asshat.

Sweet jesus OB O'Brien is the ginger from Drakes videos?

Theyre actually putting a bit of weight behind him.

I never saw the extended "Worst Behavior" video before.

Wow. How did anybody think that was a good look?

Speaking of rap gingers, have you listened to Run the Jewels 2 yet? Might get my Martorialist pass revoked here but I'm kinda feeling it. :wengershrug:

The ginger can't rap as well as Killer Mike but he makes beats good.

I'd rather listen to Abu Ham-Face here rap than El-P, tbh.