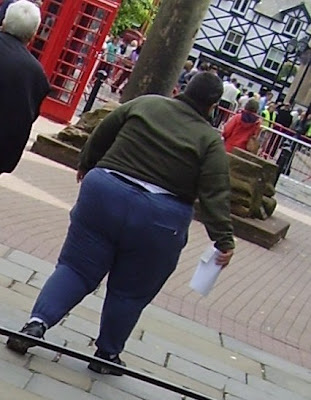 The sartorial choices of the chronically obese fascinate me. When you're this big gluttony has clearly taken precedence over both health and appearance, and, one imagines, comfort is favoured over any semblance of style but surely there have to be more flattering ensembles than green fleeces which look like they were made for Bar-None from Too Much Trouble, sweatpants which blend the least aesthetically pleasing shades of blue and grey into a fusion of sheer drabness (btw, whatever happened with the scientists Cam'Ron had working for him to develop a new colour which he planned to patent for his trademark use on the follow up to Purple Haze?) and the techy runners my dad bought from Millets a decade ago?

If Big Pun could be the size of Saturn and unable to move unaided by Terror Squad weedcarriers, yet still channel Hiroshi Fujiwara, Martin Fry from ABC and Slick Rick into a single get-up then you really have no excuses for that outfit, luv' 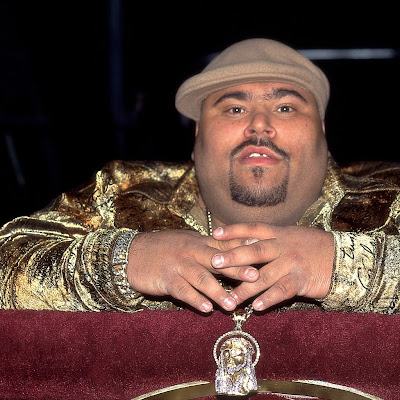 Here's a video for a song by a corpulent rapper whose moniker doesn't include the words Big or Fat/Phat :

Chubb Rock - Just The Two Of Us