Straggly mullet, sandals, ole-Tom-Hanks-after-he-becomes-a-kid-in-Big-lookin'-ass oversized suit jacket and t-shirt; you wouldn't usually expect to see any of these phrases in a paragraph which contains the words fly motherfucker but walk with me on this one as i think my man below is onto something : 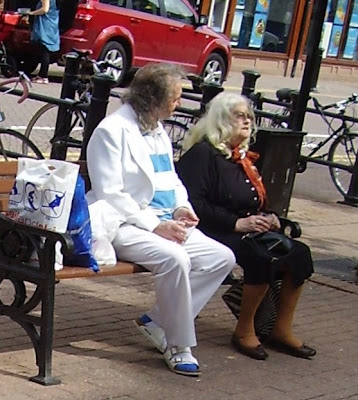 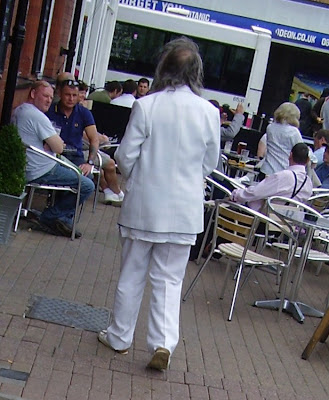 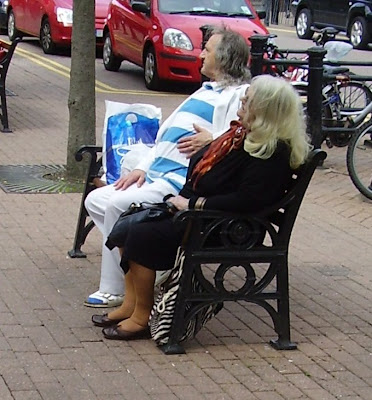 Here at The Martorialist we'd probably jock the decomposed corpse of Fred West if its crumbled rancid remains were scooped up and placed inside a polo tee and white kecks ensemble but you have to admire Zelda from Terrahawks's twin brother here for matching his striped tee to his socks & sandals. Furthermore, you also have to marvel at his belief defying ability to keep his outfit coke-white even though he spent his afternoon suppin' beer outta plastic cups, smokin' rollie fags, groping his missus and drunkenly stumbling about like a boozed up version of James Mason in Odd Man Out. It's hard to keep them white threads pristine, mayne. Isn't that right, Simon? :

omar gettin' popped by kenard is the goat

You've got to pay the man his dues for his commitment to colour co-ordination. He drops it better than kids from the ends who think wearing a shirt that's the same colour as their fitted is 'swagger'.